An FAA incident notice says a single-engine Cirrus SR22 "attempted to land but took off immediately and appeared to stall on departure resulting in a crash." 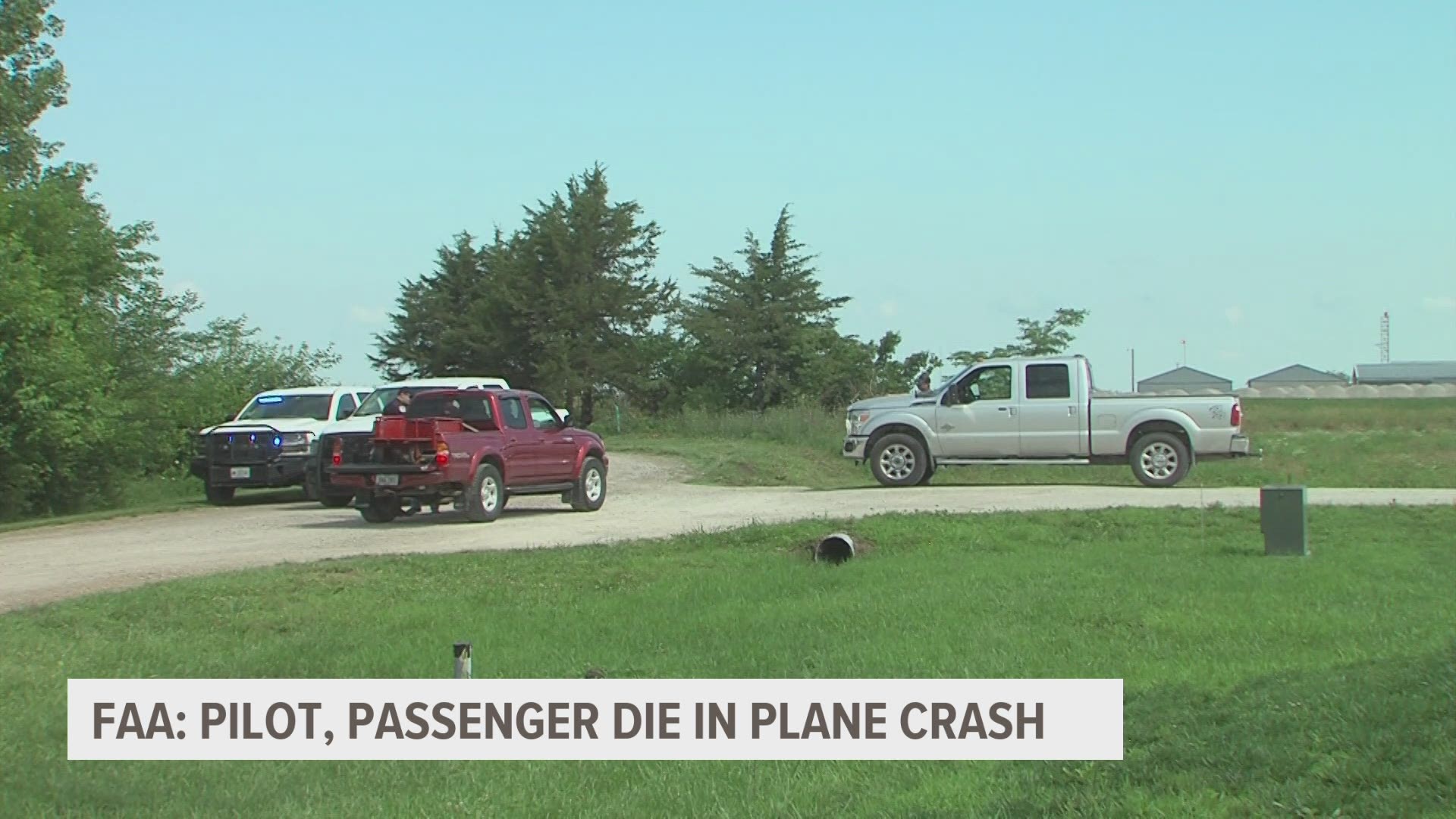 An FAA incident notice says a single-engine Cirrus SR22 "attempted to land but took off immediately and appeared to stall on departure resulting in a crash."

Two people, one from the flight crew and the other a passenger, were killed.

Dave Paladino of the Omaha area was killed, along with a 15-year-old family member, according to Kevin Paladino, one of Dave's brothers.

Dave, bottom left in the picture above, "was a good man," his brother, Kevin, said in a phone conversation with Local 5.

Dave got his piot's license in the last year and enjoyed flying.

"He had an adventurous spirit and was a good man," said Paladino.

Dave Paladino leaves behind a wife and three children.

The aircraft was registered to Airmark Group LLC, which is based in Valley, Nebraska.

According to a nearby business owner, he could see flames and smoke.

The NTSB told Local 5 investigators will begin the process of documenting the scene and examining the aircraft once they are at the location.

NTSB is investigating the July 1, 2021, crash of a Cirrus SR22 near Lamoni, Iowa. An NTSB investigator is expected to arrive on scene Thursday evening.

This is a developing story and will be updated with more information.