Take a trip to Mason City and you'll see a grain bin large enough to hold 2.2 million bushels or a Boeing 767. 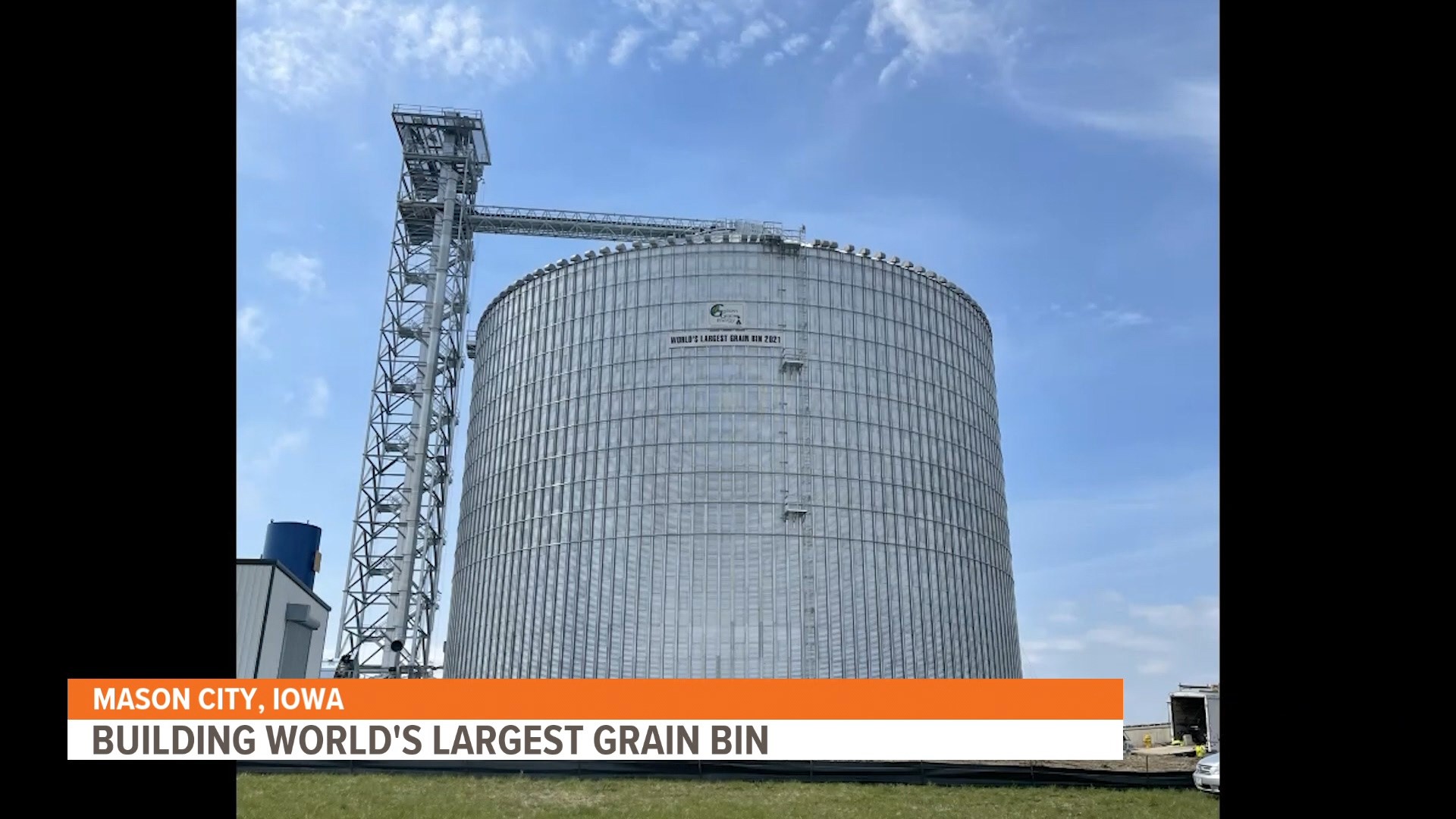 MASON CITY, Iowa — Did you know Iowa has the world's largest grain bin?

It's a title the state has held for quite some time, courtesy of Sukup Manufacturing Co. But now they are topping their own record and building the bin in Mason City for Golden Grain Energy.

Sukup had the record for the two largest grain bins in the world: Atlantic and Waller.

But the plan for Golden Grain was to create one even bigger.

"When we were putting this project together, we kind of jokingly looked over at [Steve Sukup] thinking that we were going to get the two-million bushel bin as well," Golden Grain Energy CEO Chad Kuhlers said. "And Steve said 'I think I can build you a bigger one' so we said 'Well, this sounds great. If we are going to do this, let's go all out and make sure the largest grain bin sits in Mason City, Iowa.'"

It takes more than 2,000 trucks to fill the bin. 90 hours of receiving and distributing.

"This allows us to basically have one month with everything completely filled to completely empty on the amount of corn that's going to be on-site," Kuhlers said. "So for relative size, we're going to turn this thing 12 times per year. While it's a big bin, and it's a big piece of equipment, if you look at it relative to the total amount of corn that we consume, it's only one month's worth of production."

A big piece of equipment indeed, as it could fit an entire Boeing 767 inside.

If you are traveling on I-35, the project is projected to be completed by the end of May or early June with the main goal of creating a quick, pleasant experience for farmers.