Steve Alliger has spent more than two decades on the road, with an unblemished record of safe driving. 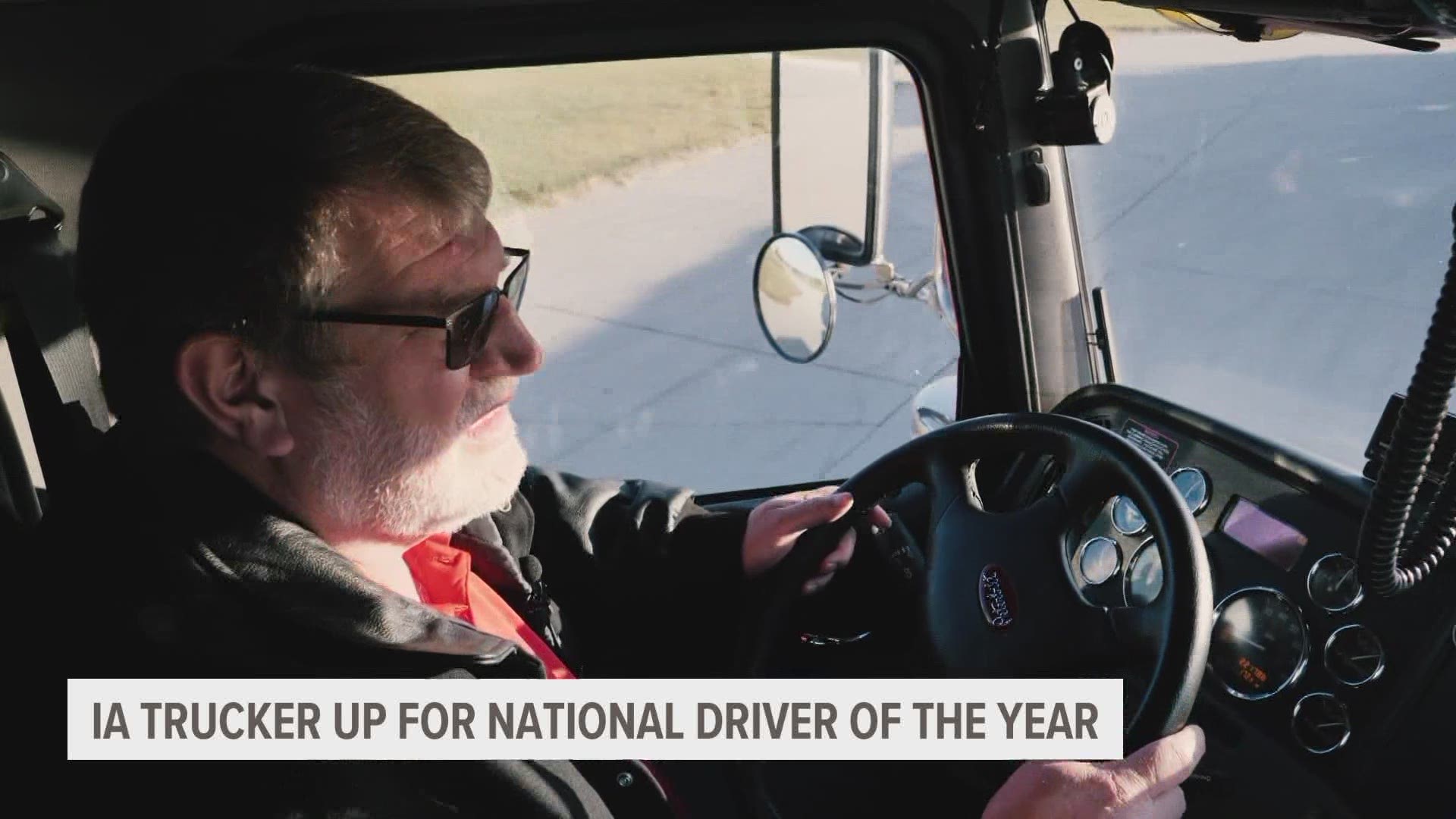 FORT DODGE, Iowa — Through the pandemic, heroes of many kings have emerged. In the hospitals and clinics we saw doctors and nurses. In schools, teachers and custodial crews.

But when we were all staying at home, truck drivers across the country kept Americans fed and delivered the goods to keep life going.

And now, a professional truck driver in Fort Dodge is getting some recognition for staying on the road.

For 23 years, Steve Alliger has been a driver for Decker Truck Line. That's 23 years of pre-checks and hitting the road.

And there isn't much that gets past him.

"I grew up in the farming business until I went into trucking at the age of 40. So I had safety behind me to begin with," Alliger said. "I could control the vehicles a lot better and knew travel: watch out for traffic in front of me and behind me especially in front of me a mile to watch for lights and stuff. I just keep my eyes open and look around quite a bit."

"Steve is part of our Million Mile Club ... he's got over three million miles accident-free," Decker Truck Line Executive Vice President Dale Decker said. "Steve has been Driver of the Year for us multiple times and was our Grand Champion for 2018."

His grand champion accolade at Decker led to his nomination for the Iowa Motor Truck Association's Driver of the Year, which he won in 2019.

"The Iowa motor Truck Association recognized there was something special about Steve and they nominated him to be one of the nominees for the American Trucking Associations Driver of the Year nationwide," Decker added.

"Some of these newer vehicles, you poke a button and the car steers itself. I've seen people going own the road without their hands on the steering wheel and that really bothers me," Alliger said. "But phones and makeup especially early in the morning with people going to work."

All of this with record demand fueled by the COVID-19 pandemic.

"We needed supplies and food on the shelves more than ever," Decker said. "And if it wasn't for those truck drivers staying out there on the road, delivering those supplies, we would have been on a bigger crisis. If you bought it, a truck brought it."

Through it all, Alliger knows that kindness and patience goes a long way.

"You got so much stuff going on, places to get your loads to and stuff like that. I try and stay professional especially with the company and shippers and receivers and law enforcement people because you've got to be good to them as they are to you," he said.

"And don't get upset with them. I know people have bad days, but you got to get along and the next day will be better."

The winner of the ATA's Driver of the Year award will be announced later this month.