Why the sky turned purple after Hurricane Delta

As Hurricane Delta pushed farther inland, it left behind a stunning sight that's created only when atmospheric conditions are just right. 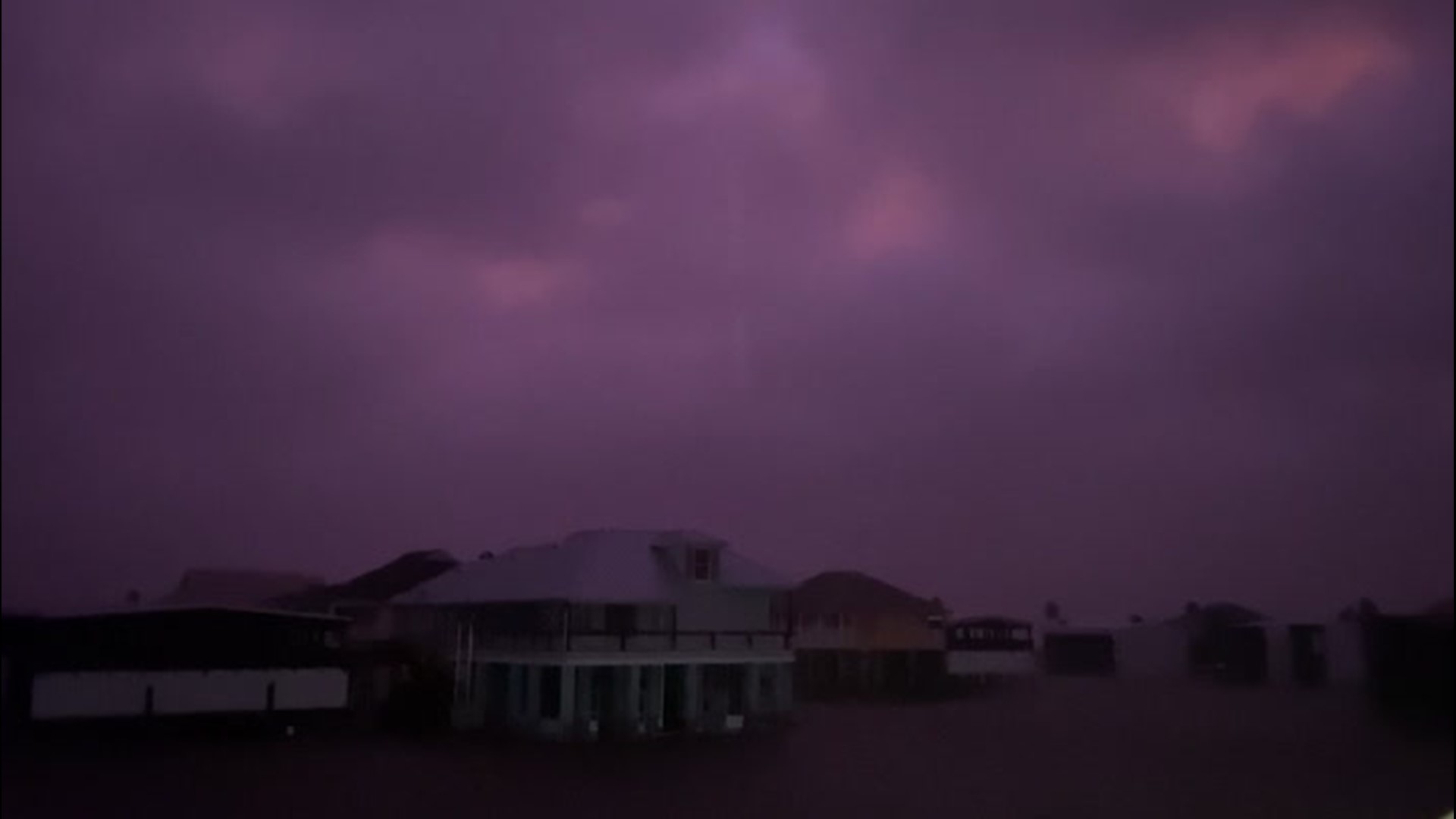 As Hurricane Delta pushed farther inland Friday evening, it left behind a stunning sight that's created only when atmospheric conditions are just right.

In areas extending from Cypremort Point, Louisiana, to Galveston, Texas, a vibrant violet twilight filled the sky. AccuWeather National Reporter Jonathan Petramala snapped a photo of the sky in Cypremort Point on Friday afternoon after Delta had blown through the area as a Category 2 hurricane.

The sight has been one to appear on occasion after, and sometimes before, a hurricane or typhoon. So is it hurricane conditions that cause the sky to turn this shade of purple?

Purple skies aren't exclusive to hurricane-hit areas, but the storms can contribute to creating the conditions needed to create the dazzling hue.

"You don’t necessarily have to have a tropical cyclone to see skies like that, just the right atmospheric conditions to allow the necessary amount of light scattering," AccuWeather Meteorologist Brett Rossio said, noting that he had seen purple skies even in Michigan.

"This is why the sky appears blue on a nice sunny day with the sun high in the sky," Rossio said. "Some of the ultraviolet rays make it to the surface, which leads to sunburn, and the oranges, reds and yellows on the spectrum are of the longwave variety and are not scattered, therefore they appear as visible white light."

However, at sunset the angle of the light changes. With the change in angle comes the change in colors, which is why sunrise and sunset paint the sky with pinks and purples, oranges and yellows.

"At sunset, the angle of the sun in the horizon yields more atmosphere and aerosols for which the light can be scattered," Rossio said. "In the case of seeing the purples like this, it's largely because there is an increased amount of particulates in the air due to significant vapor concentrations from a storm."

With a higher concentration of vapor in the atmosphere, the result will be more scattering of light. The scattering, with enough light to begin with at dusk, can lead to vibrant oranges and reds. These warmer colors often give off pink hues with increased vapor concentrations that a hurricane can bring.

"You occasionally can get a pink hue in the sky, especially near sunset, that is superimposed with a dark blue sky above," Rossio said. "If you have the right angle, especially in the evening hours, the pink hue that is superimposed with the dark blue sky produces a purple. This is often the case if you have low ceilings of stratocumulus clouds overhead in the eastern sky and clearing in the west."

Again, this phenomenon can happen anywhere as well as without a hurricane, but the moisture from one contributes to setting the stage for the display of a violet sky.

There is no specific characteristic of a hurricane that could cause a purple sky, and Rossio compared trying to predict which hurricanes could cause the phenomenon as similar to "trying to forecast where a rainbow will occur."

People have reported purple skies in the aftermath of several different hurricanes -- from the Category 1 Hurricane Florence, a large, slow-moving hurricane during 2018, to Hurricane Michael, the first Category 5 hurricane to strike the contiguous U.S. since Andrew in 1992.

Hurricane Delta, the most recent hurricane to be associated with the phenomenon, made landfall in Creole, Louisiana, as a Category 2 hurricane. Petramala snapped the photo of the purple sky in Cypremort Point, about 75 miles from the point of landfall. However, people as far as Houston, Texas, also captured some stunning images of purple skies that night as well.

During the 2019 Hurricane Dorian in the Atlantic Basin and Typhoon Hagibis in the Western Pacific were two destructively powerful storms that influenced the sky around them.

In 2019, people in Japan took to social media to post photos of the purple twilight that proceeded Typhoon Hagibis, a Category 5 super typhoon that was responsible for killing at least 50 people, according to NPR.

Hurricane Dorian shifted the color of the sky up the East coast of the United States after devastating the Bahamian islands of Abaco and Grand Bahama. The storm was responsible for at least 74 deaths, though many suspect the official death toll to have been undercounted.

North of the Bahamas, Florida was just skimmed by the outer bands of the storm, but that was close enough to affect the sky.

Amy Pope-Latham described the changing sky to CNN as a "beautiful violet that continued to become even more vibrant as the minutes passed."