The hole in the stratospheric ozone layer over Antarctica is one of the largest since measurements began decades ago. Should this come as a concern for us? 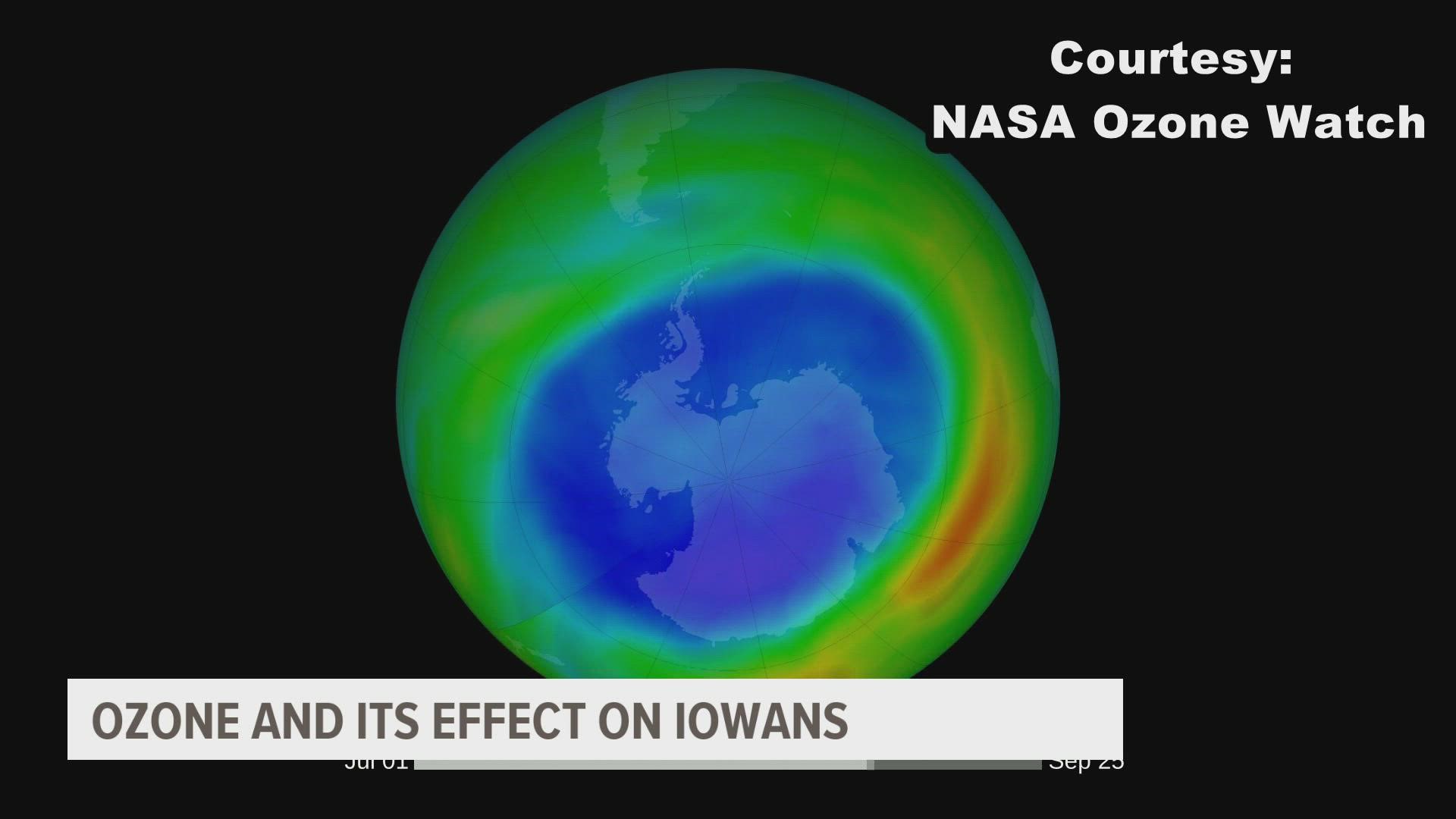 Ozone protects us in the upper atmosphere from the sun's harmful ultraviolet radiation. However, near the surface, it can cause adverse reactions.

From harming plant life and photosynthesis, to damaging lung tissue, ozone is a colorless gas that should stay plentiful, but in the stratosphere: miles above the Earth's surface.

Each year for the past few decades during Southern Hemispheric spring, (September thru November), chemical reactions involving chlorine and bromine cause ozone in the southern polar region to be destroyed rapidly and severely.

These depletions are what climatologists and meteorologists consider the "ozone hole".

The reactions are primarily anthropogenically induced: that is, human impacts, not natural causes, are the force behind the ozone hole forming.

The hole currently is larger than the size of Antarctica, and larger than at least 75% of the previous years of monitoring, since 1979.

Iowa State University professor Dr. Gene Takle says it's not something to be too concerned about yet.

"I'm not too worried about that. Actually, we still have banned the major chemicals that are known to create the chlorine in the first place," Takle said.

Chlorofluorocarbons, better known as CFCs, rapidly deplete the ozone layer, as they enhance the rate of catalytic reactions between ozone and chlorine. They have been regulated by the Montreal Protocol that was first signed in 1987. They are expected to be fully phased out by 2030, according to the Environmental Protection Agency (EPA).

According to an article published in Nature last month, the ban of CFCs will have massive implications going forward. The findings showed the Earth's ozone layer would collapse, and global warming would accelerate by an additional 2.5 degrees (Celsius) across the world, had CFCs not been banned.

Although the ozone layer has stabilized some and is healing, it may take several more decades for it to fully recover.

The impact in Iowa may be of a different kind of ozone; and that's ozone near the surface.

"It can lead to problems with vegetation, and it interferes with photosynthesis. It is known that tropospheric ozone does create a yield reduction in soybeans in particular of between 3 and 10-percent," Takle added.