Temperatures on Tuesday will climb to the low 70s around the state.

DES MOINES, Iowa — November is beginning on an unseasonably warm note for Iowa, with highs expected to reach the 60s and 70s throughout the entire first week of the month.

For Election Day, Des Moines is forecast to climb to 73° by the afternoon.

Although this isn't the first time to see 70s for a presidential election, it will absolutely be above-average.

In fact, if Des Moines hits 73° on Tuesday, that would tie for the warmest Election Day on record for Des Moines.

The weather isn't always so kind to us on Election Day, though.

Take what happened in 1932, for instance. A snow storm hit Iowa on Election Day, with over 5" of snow reported in Des Moines.

Oddly enough, the 1932 election happened to be the one in which Iowa native Herbert Hoover lost his reelection bid to Franklin D. Roosevelt in a landslide, even losing Iowa's then-eleven electoral votes.

The election in 1964 was a rainy one in central Iowa, with nearly a half inch of rain in the metro.

Since President George W. Bush was elected to his first term in 2000, Iowa's weather has been fairly quiet on Election Days, with little to no rain or snow reported. 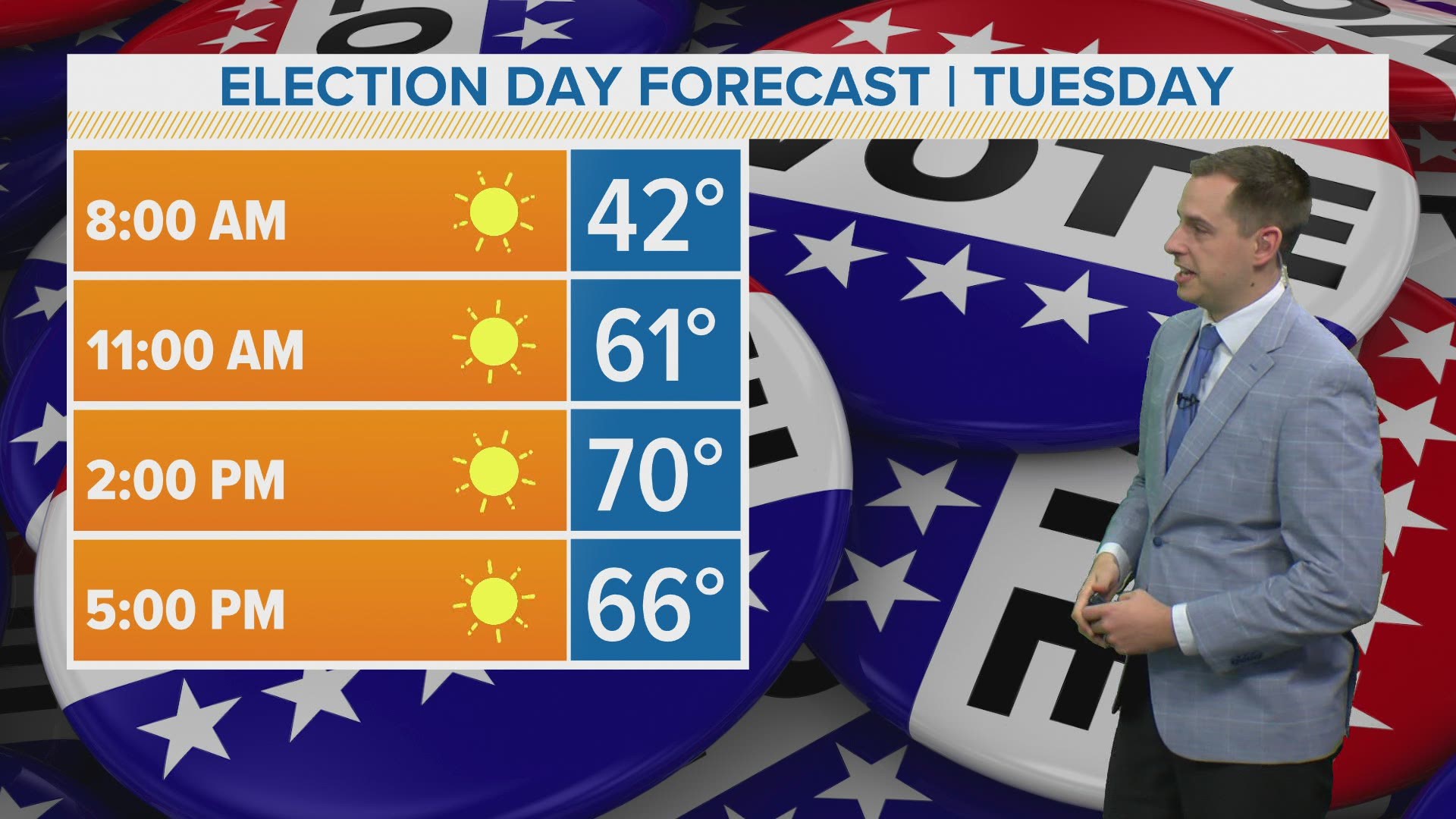 It begs the question, though- what would happen if the weather did get very messy on an Election Day?

Iowa Secretary of State Paul Pate says the election will continue, no matter the forecast.

However, there is an Iowa code that allows county or state election commissioners to make emergency modifications, including possible delays to elections, when there is inclement weather or a natural disaster.

This can only happen if there are no federal candidates on the election ballot.

Regardless, weather across the country is expected to be quiet on Election Day 2020, so voter turnout should not be affected by any messy weather setups.