Additional tornadoes may be confirmed over the next couple of weeks as the National Weather Service analyzes satellite data. 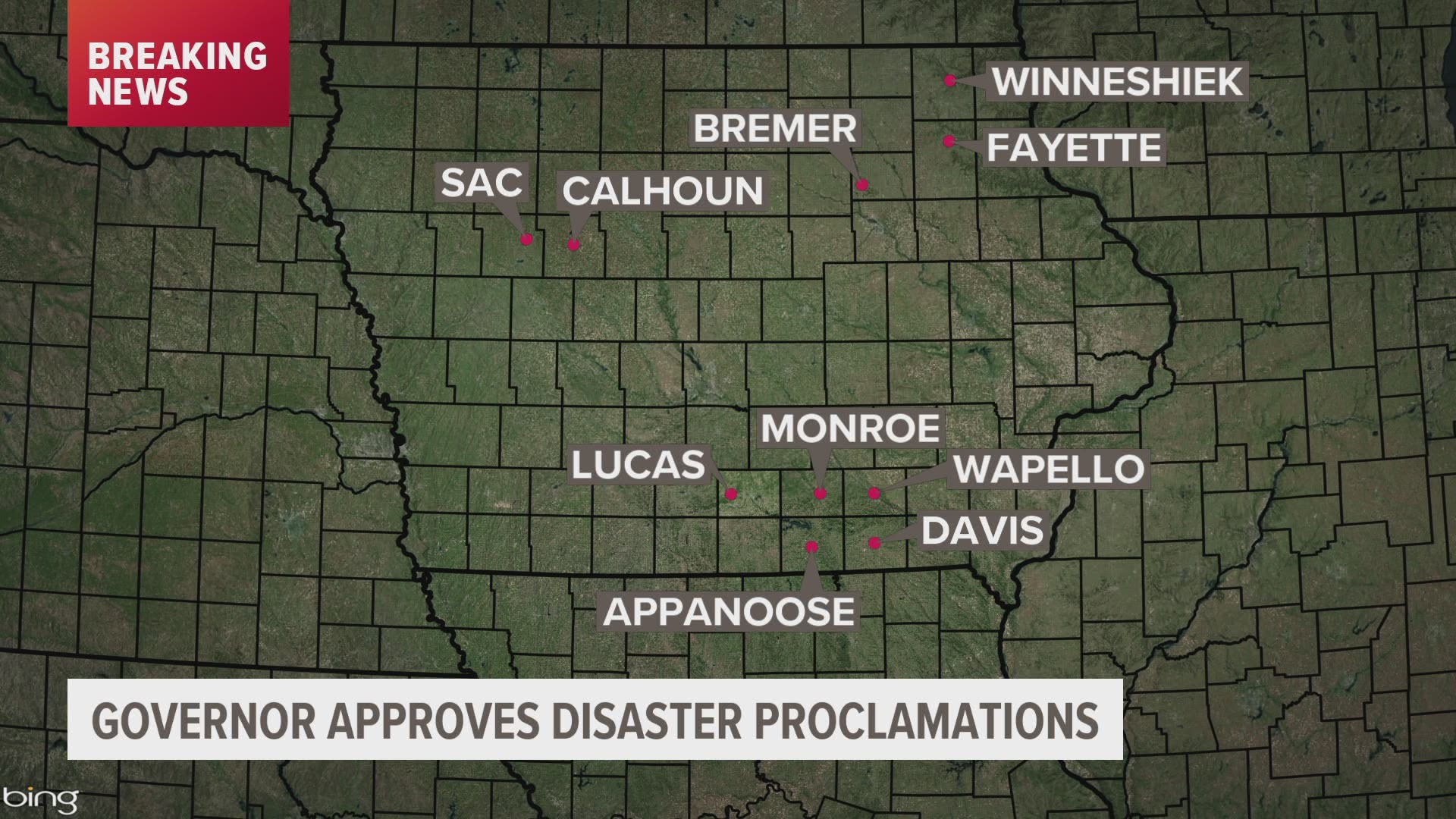 The National Weather Service in Des Moines only confirmed five of those tornadoes, but still believes there were 12 total in central Iowa. That puts the grand total at 26 tornadoes.

The tornadoes not surveyed on Thursday will be analyzed via satellite data over the coming weeks.

The strongest of the tornadoes was the EF-3 that caused damage in Lake City. Estimated winds climbed as high as 145 mph.

Credit: WOI
The National Weather Service confirmed one EF-3 tornado, 10 EF-1 tornadoes, one EF-0 tornado, and 7 EF-U tornadoes. EF-U (EF-Unknown) means the strength of the tornado cannot be determined since it did not cause any damage.

LOCAL 5 FORECAST: The start of a long dry stretch

"The Iowa Individual Assistance Grant Program provides grants of up to $5,000 for households with incomes up to 200 percent of the federal poverty level," Reynolds' office said in a release. "Grants are available for home or car repairs, replacement of clothing or food, and temporary housing expenses."

Those interested have 45 days from July 16 to submit a claim.

At 26 tornadoes, Wednesday ranks 3rd for the most Iowa tornadoes on one calendar day in recorded history.

The National Weather Service in Des Moines issued 18 tornado warnings on Wednesday: the most on one calendar day since 2004.