Freezing temperatures and snow in Colorado is signaling a change in seasons. 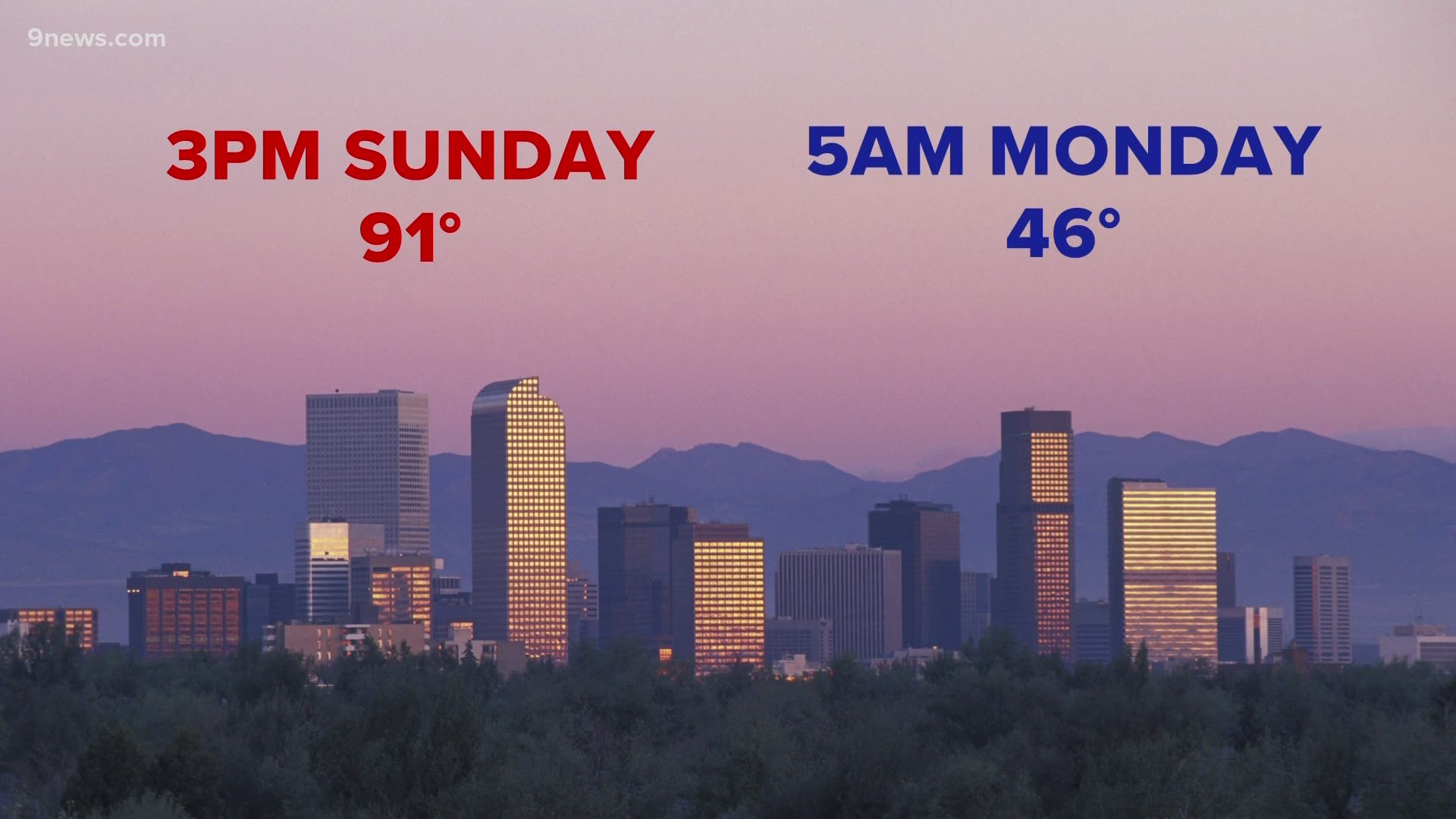 That's the coldest air in 71 days and a welcome sight to those seeking refuge from the hottest August on record in Denver.

The temperature change may have been a little shocking to the system for many in Colorado.

Denver's high temperature Sunday afternoon was 91 degrees. Just 14 hours later, it dropped below 50 degrees for the first time since June 20.

The reason: the first significant cold front over that stretch came blasting down from Canada.

While there were surges of air over the summer that technically qualified as cold fronts, we should probably call those "cool fronts" because they don't really come from organized troughs and they were only the kind that dropped the temps from 95 to 85.

This was the first organized trough that was driven by a change in the jet stream. It actually brought two fronts — another will come on Monday night.

The first batch of cold air brought the first dusting of snow of the season to some mountain peaks above treeline, including the Mosquito Range that was clearly seen with a white coat on Saturday morning.

There were also some snow flakes reported with the second front on Saturday night as low as 8,700 feet near Bailey, but no accumulation.

This will leave another dusting on the high mountain peaks, but the snow between 8,500-1,000 feet will likely be an icy type of a mix, like sleet and graupel. It is possible to see a little bit of this accumulate in towns like Breckenridge and Leadville, although it is less likely.

Temperatures on the Front Range are not expected to be quite as low as the air on Monday morning, but it could drop below 50 degrees again.

An even cold front is showing up in the long range computer models for next Tuesday that, so far, is showing lows in the low 40s around the Denver area.

Credit: KUSA
Another cold front next Tuesday could be colder than this weeks.

That first dusting in the high country on Aug 29 is about right on time. There are not actual statistics kept on that timing, but this is about the time every year that 9NEWS viewers start sending in snow dusting pics.

The earliest snow in recent years came in 2017 when several inches of snow were reported on the summit of Pikes Peak.

In case you're wondering, early snow is not a precursor to a snowy season to come.

The jet stream gets pinned to the north of the U.S. in the summer months by intense heating. It rides the boundary between warm and cold air. By late August, the tilt of the earth decreases the solar heating just enough to allow the jet stream to start bending to the south.

It can be very erratic in the first couple of months before a pattern develops. Sometimes by November, high pressure sets up in the western U.S., which makes our jet stream visits a little less frequent. One thing that drives that is the La Nina, which is forecast to set up for the winter of 2020-21.