Much of western Iowa is now considered to be in a severe drought situation. 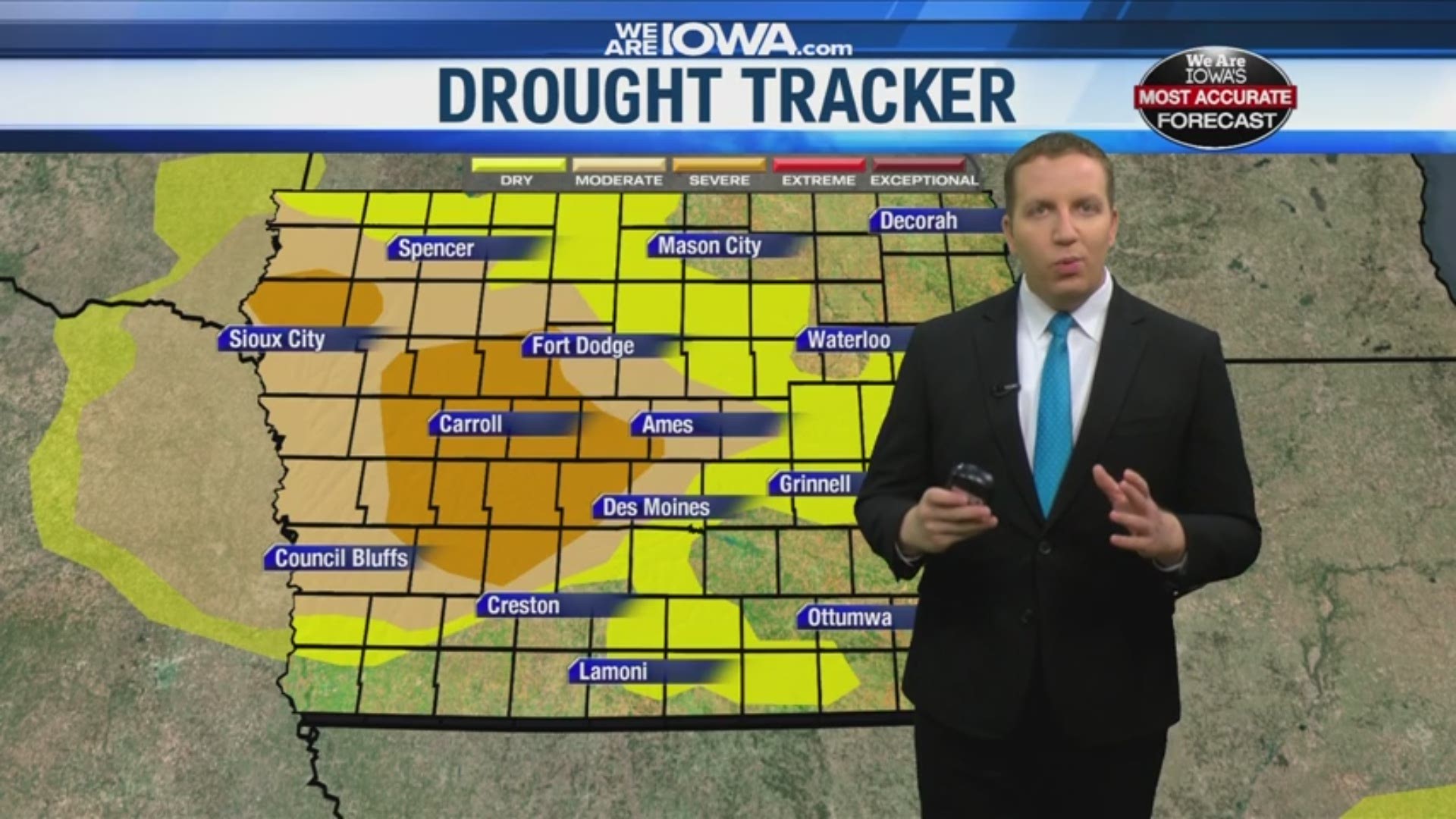 DES MOINES, Iowa — It's no secret that Iowans are desperate for some rainfall, and much of the state continues to suffer from drought conditions.

As of Thursday, the severe drought has been expanded to include even more of western and west-central Iowa than it had in previous weeks.

Perhaps even more staggering is the amount of Iowans experience at least "abnormally dry" conditions- now up to 62.84% statewide.

Just four weeks ago, there were NO areas of moderate or severe drought.

The Midwest HAS had rainfall recently, but so much of it has missed Iowa. Neighboring states like Minnesota, Nebraska, Missouri, and Illinois have all enjoyed more rain than Iowa this summer.

In some cases, parts of western Iowa are several inches of rainfall below average for the month of July alone.

Some showers fell across the state on Wednesday, but it wasn't really enough to help curb this drought. This is especially true in the areas that are yearning most for rain.

Unfortunately, the extended forecast does not appear to be overly promising for those in need of significant rainfall. There are isolated chances over the coming days, but it is unlikely these rains will be sufficient enough to improve the very dry conditions.