No injuries were reported, according to the National Weather Service. 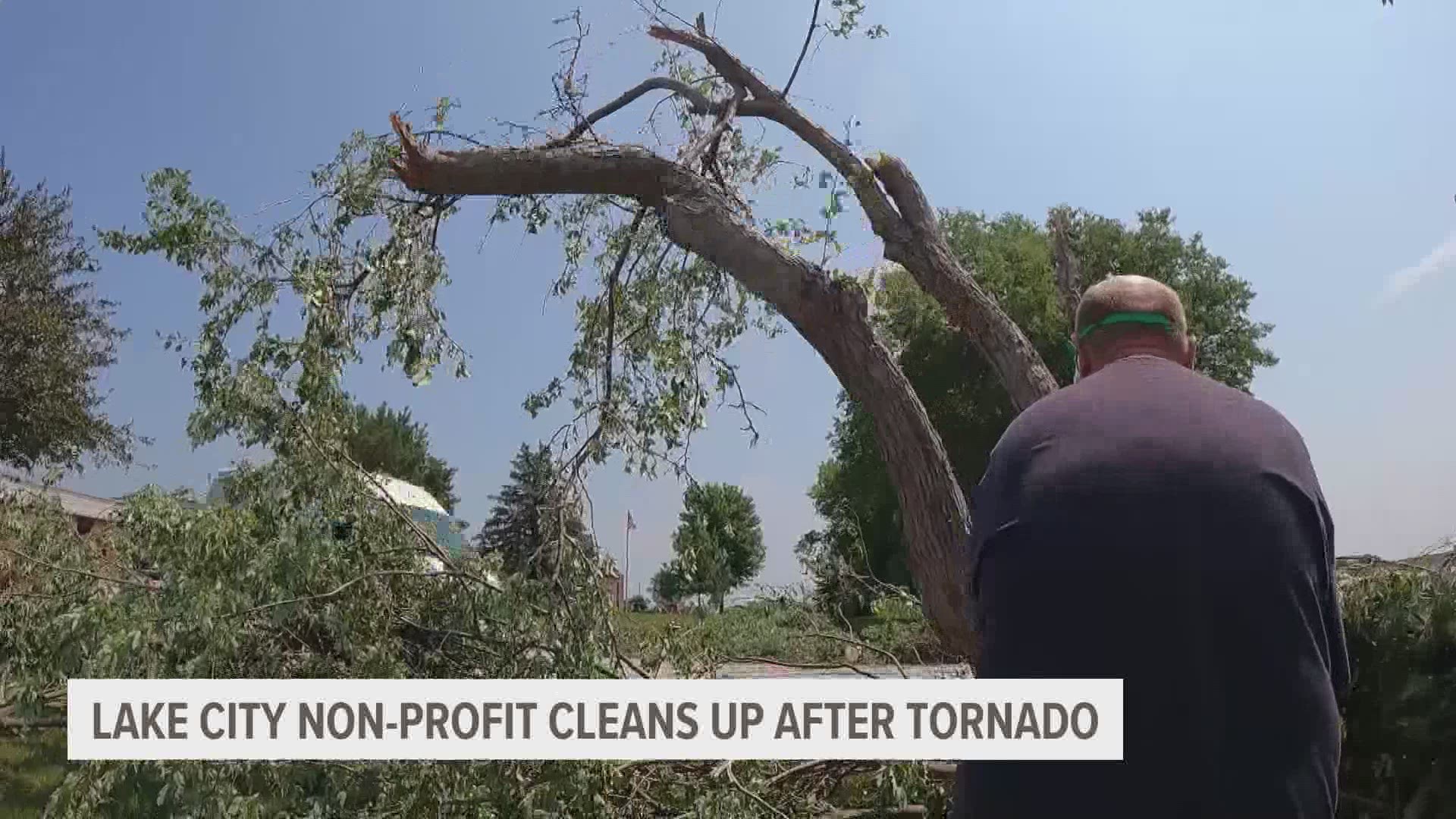 From a home with its roof torn off to a nonprofit's barn storing food badly damage, Lake City found themselves helping each other recovery Thursday following a flurry of Wednesday night tornadoes across the state.

"I didn't think it'd be that bad, but the house inside was," said Michelle Roller Johnson, who goes to church with the owner of a home damaged in the storm. "There was sand all over the floor, dirt all over the floor. It was really sad to see stuff they've had forever ruined."

According to the National Weather Service, nobody was injured in the EF-3 tornado. Estimated peak winds were 136-145 mph and it was on the ground for about 10 miles.

"Didn't find too many things super surprising, but it's always horrible to see a residence like that impacted with that severity when their belongings are scattered all over and their house is totally ruined," Brad Small, a meteorologist with the National Weather Service, said. "Our thoughts and prayers go out to them and we hope they can get their lives back together quickly."

But everyone agreed seeking shelter was a dangerous time.

"We heard crashing and when we got down to the basement my dad was like, 'Get down so you're under something,'" Rachael Best said "Then, he was just panicking. It was scary seeing him like that."

At Opportunity Living, a nonprofit serving individuals with disabilities, they partner with the Food Bank of Iowa to store food in a barn in the town.

But that barn suffered extensive tornado damage Wednesday night, with the roof missing and the food swept away.

RELATED: Surveying the damage: Cleanup continues after at least a dozen tornadoes touch down Wednesday in central Iowa

"It's heartbreaking to see the damage done to the building, but like we've said through this event things can be replaced but people not," said Jayne Wilhelm.

She told Local 5 the organization moved what food they could save to another location.

"And when the storm came over we didn't have a lot of time," Stephanie Corey-Patterson said while walking through the damaged facility. "The electricity went out and then we all went into this locker room on this side and came into the shower room and there was probably 12 or 15 of us in this area here."

Opportunity Living has received phone calls from others in the community offering up support with the cleanup.

"It's what everyone is saying ... neighbors helping neighbors. when people need help you just help them," a member of the high school football team said of the efforts.

"It feels nice that they give a lot for us so I feel like we should give back," another added.

Viewing the damage, Corey-Patterson said the tornado took the barn first across the street, hopped the road, and then took their barn.

Now, the effort is focusing on cleaning up and starting over.

"All of the staff and those they help serve were not hurt," she said. "Fortunately, they do have a location down the road they will be moving to, so they can start back up with their mission to serve others."