LOCAL 5 FORECAST: Below average temperatures ahead this week

A few sprinkles are possible on Monday, but the most areas will stay dry. 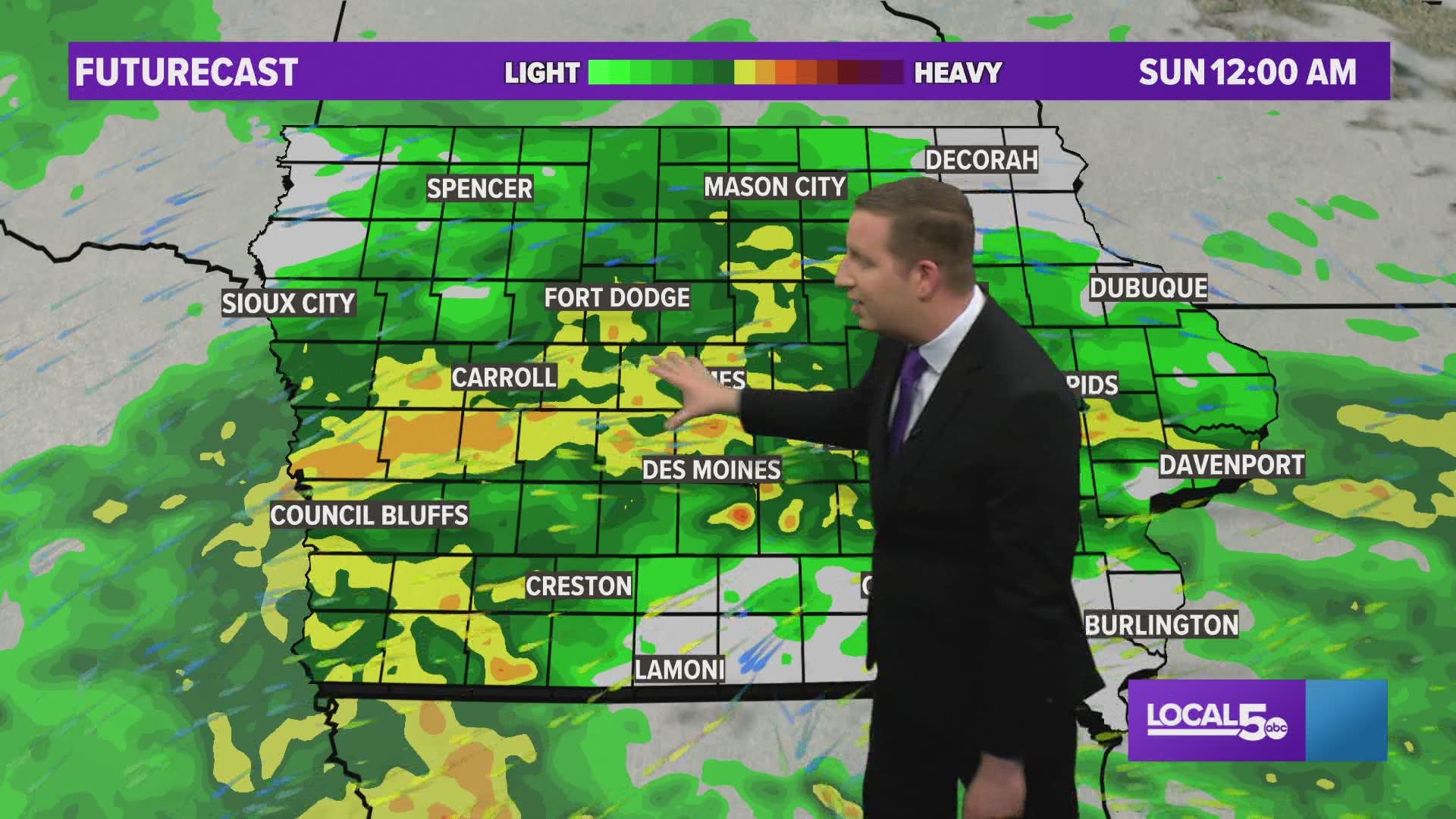 DES MOINES, Iowa — How about all that beneficial rain? We officially received 1.04" of rain at the airport in Des Moines, but any areas got quite a bit more! Some spots wound up with as much as 3" of rainfall in southern Iowa. The highest rain amounts were reported around Highway 34.

Quieter weather is ahead over the next several days, with more clouds than sun expected during the day on Monday. A couple of sprinkles may develop Monday morning and afternoon, mainly east of I-35, but this will not produce any significant rainfall. Sunshine will be more abundant on Tuesday and then through at least part of the day on Wednesday and Thursday.

Highs will stay put in the low 60s over the next few afternoons, with a slow warming trend likely beginning at the end of the work week. The nights will be chilly as well, with lows falling down to the upper 30s and low 40s. With clear skies at night and relatively calm winds, frost will become a concern, especially across northern Iowa, both Tuesday morning and Wednesday morning.

Beyond this below-average stretch, warmer temperatures on the horizon for the weekend. This will also kick off a more unsettled pattern with periods of showers and thunderstorms expected. It's difficult to pinpoint exact timing of these waves of storms at this point, but we anticipate gaining more clarity on specifics as the week progresses. Either way, the second half of the forecast favors additional rain, which is good news for farmers and gardeners!

Have a good evening!

RELATED: How to get weather alerts from the We Are Iowa app

RELATED: Preparing your family for the threat of severe weather