Here's why some areas woke up to light snow early Sunday

The majority of central Iowa missed out on the snow altogether, but a handful of neighborhoods were not as lucky 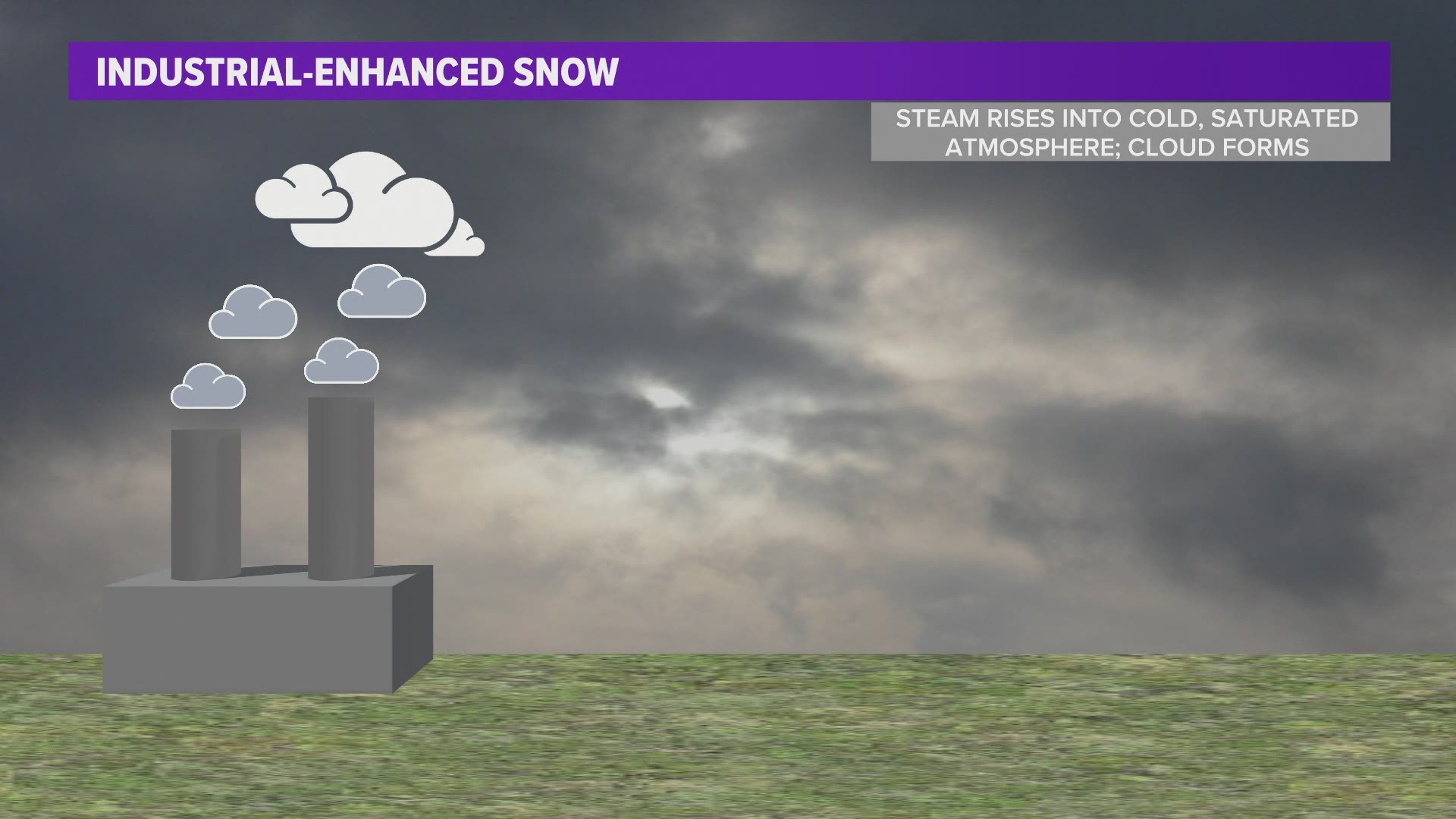 WEST DES MOINES, Iowa — Some parts of central Iowa woke up to a light dusting of snow early Sunday morning, even though measurable snow wasn't highlighted in the forecast.

This light burst of snow only fell in an isolated part of the metro, including some neighborhoods in West Des Moines, Windsor Heights, and along the western fringe of Des Moines.

For the rest of the metro, and other areas of central Iowa, no new snow fell.

Early Sunday, snow likely occurred in these areas thanks to output from power plants and other industrial facilities northwest of the Des Moines metro.

This type of snow is not entirely uncommon in Iowa, but it is still somewhat rare.

Anyone else get a dusting overnight? pic.twitter.com/ZC0IWuJRbJ

Much like the rest of the weekend, a cold and saturated air mass was in place across Iowa.

At the time, patchy freezing fog and even a few light flurries had been reported in the Des Moines metro.

Steam emitted from the power plant overnight added moisture to the atmosphere, creating a new cloud, and then enhancing already existing flurries to a steadier snowfall.

This process, although unique, is not all that different from the more common lake effect snows our Midwest neighbors typically experience.

For more information about industrial-enhanced snowfall, check out this article from the National Weather Service.