The Atlantic is quiet for the first week of August

No development is expected in the next five days. 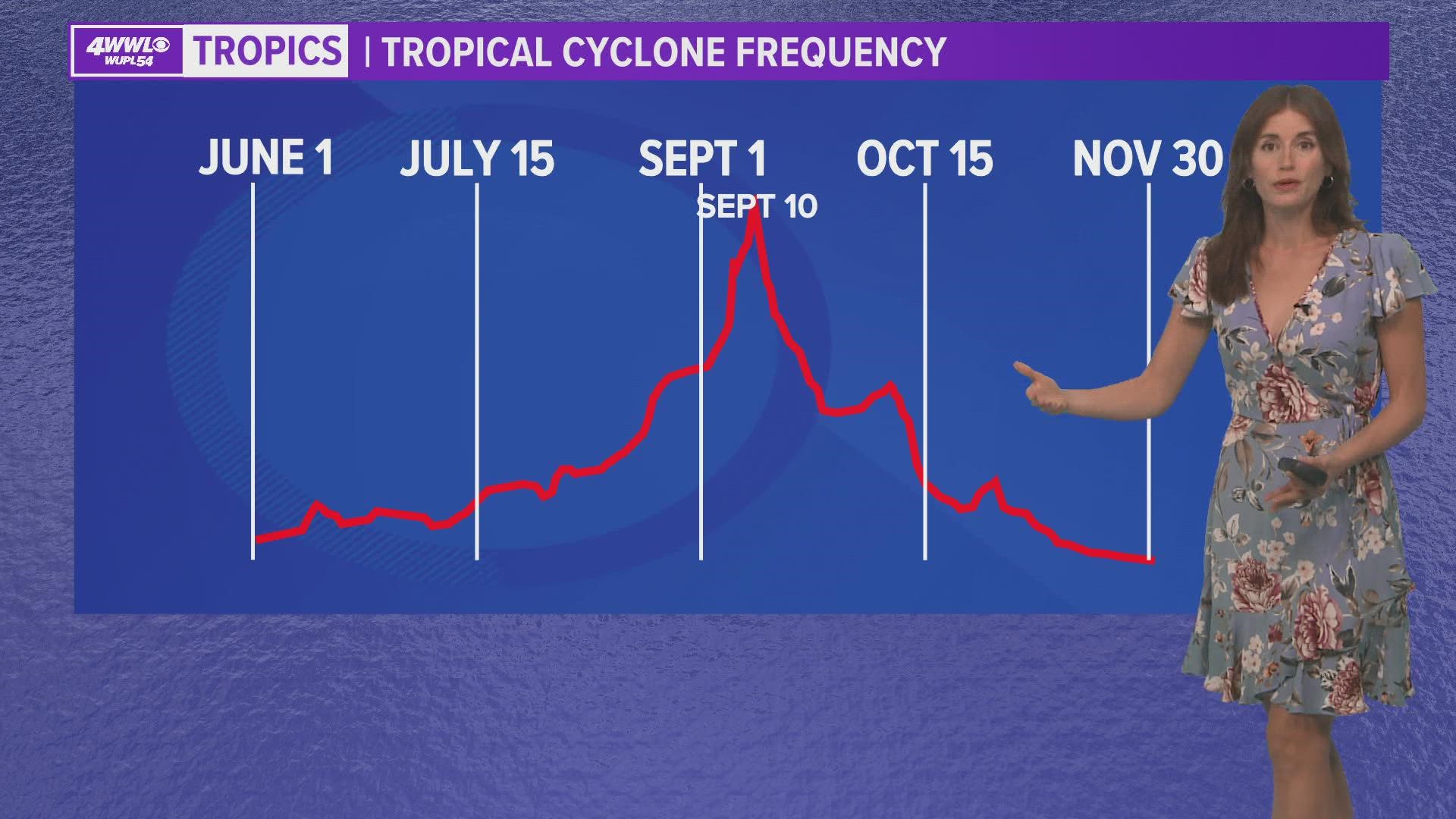 NEW ORLEANS — There are no active spots in the tropical Atlantic right now. Dry, dusty air from the Sahara Desert in Africa is swirling over much of the ocean and keeping things quiet for now.

There is also stable air across much of the basin, which makes it harder for tropical systems to form.

The 2021 Atlantic Hurricane Season is forecast to produce more storms than average. The reason for this is the lack of El Nino, which typically features more wind shear. We also expect warmer than average sea temperatures and an active West African Monsoon.

After a record-breaking 2020 hurricane season, we now know the Greek alphabet will no longer be used to name storms.

The World Meteorological Organization announced the Greek alphabet will not be used in the future because it "creates a distraction from the communication of hazard and storm warnings and is potentially confusing."

There has been only one other season that used the extra set of names, and that was in 2005. The World Meteorological Organization released a new set of supplemental names that will be used if the season exhausts the standard list.

► Track the tropics with live updates delivered directly to your phone. Text APP to 504-529-4444 to download the FREE WWL-TV News app now or find us in the iOS App Store or Google Play.