Iowa's changing climate is having a bigger impact on agriculture 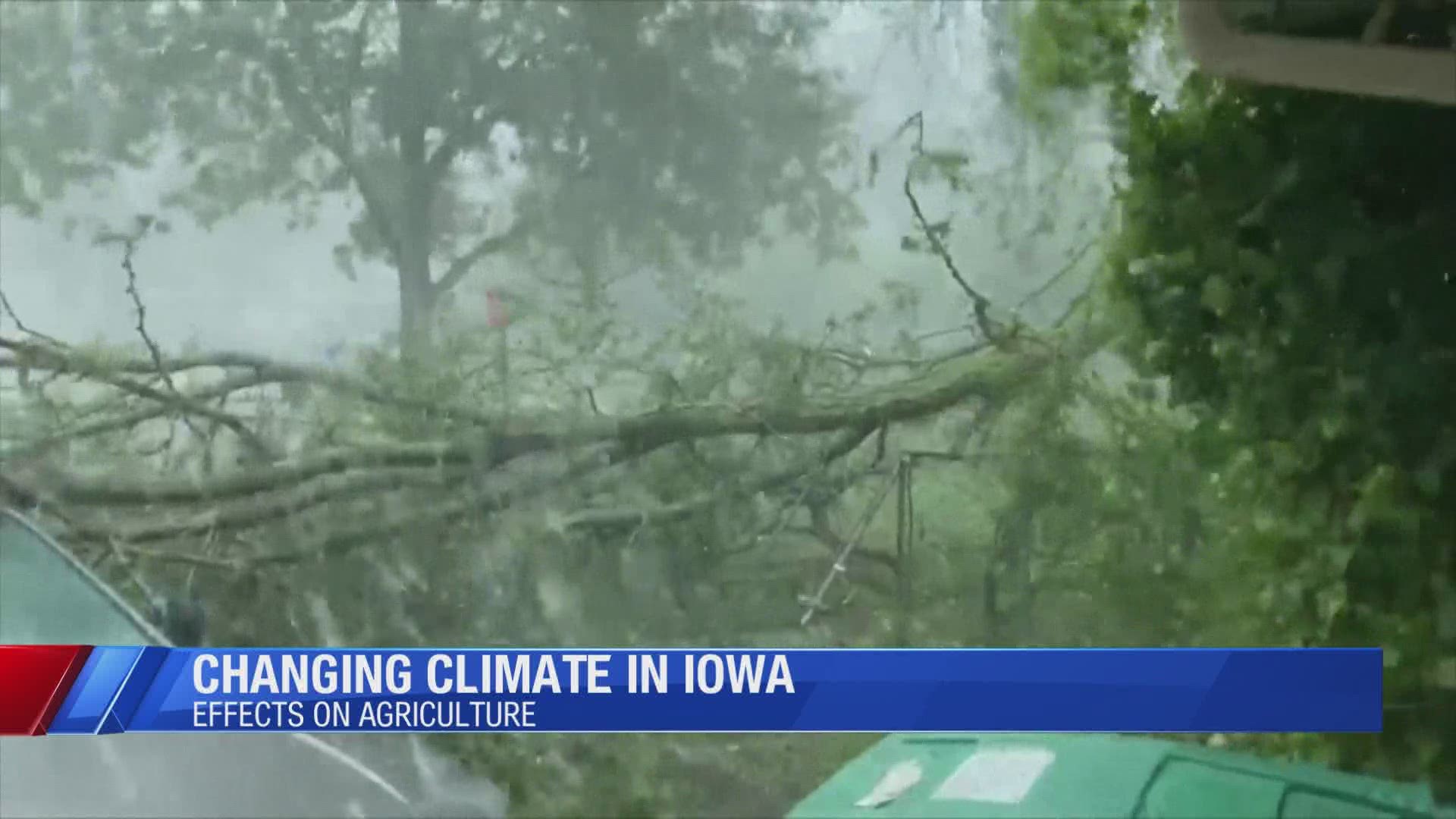 DES MOINES, Iowa — From a historic derecho to worsening drought, Iowa has had a rough summer for weather.

It seems the rough weather happens nearly every year, right? 2020's exceptional dryness comes after major flooding concerns in 2018 and 2019.

It begs the question: Will we see a "happy medium" anytime soon? Is there a such thing as "normal"?

"We're seeing our extremes become more extreme," said Dr. Justin Glisan, the State Climatologist of Iowa. "It's one thing after the other, and we need to catch a break somehow."

This catastrophe only adds to the effects of extreme drought that are being felt across most of west-central and central Iowa.

"Already moisture-stressed corn and beans, root systems that were exposed given the dry soil, it was very easy to knock those corn stalks down," Glisan said. "And that's what happened."

With both the effects of severe dryness and crop damage, the outlook for this year's harvest is bleak for many farmers.

So after Iowa dealt with flooding rains in 2018 and 2019—now two years that are considered the wettest on record in Iowa—it seems like we've had a major swing to an opposite extreme.

In fact, data shows that Iowa's temperatures have warmed by one-tenth of a degree each decade.

Iowa also receives roughly 3/4" more precipitation on an annual basis, according to the climatology division of Iowa's Department of Agriculture and Land Stewardship.

This alone is proof of a changing climate where extreme weather conditions will become even more common moving forward.

"This appears to be locking in," said Glisan. "So it is a new normal."

In an ideal world, Iowa would receive a steady, light rainfall every three to five days through the autumn.

Having a quarter to a half-inch of rain every few days would be far more beneficial than heavy thunderstorms, which produce too much rain too quickly in many cases.

And whether you'd like to hear it or not, experiencing slightly above-average snowfall this winter would help farmers out quite a bit come next spring.