25 counties in Iowa have a disaster proclamation from storms earlier this week. 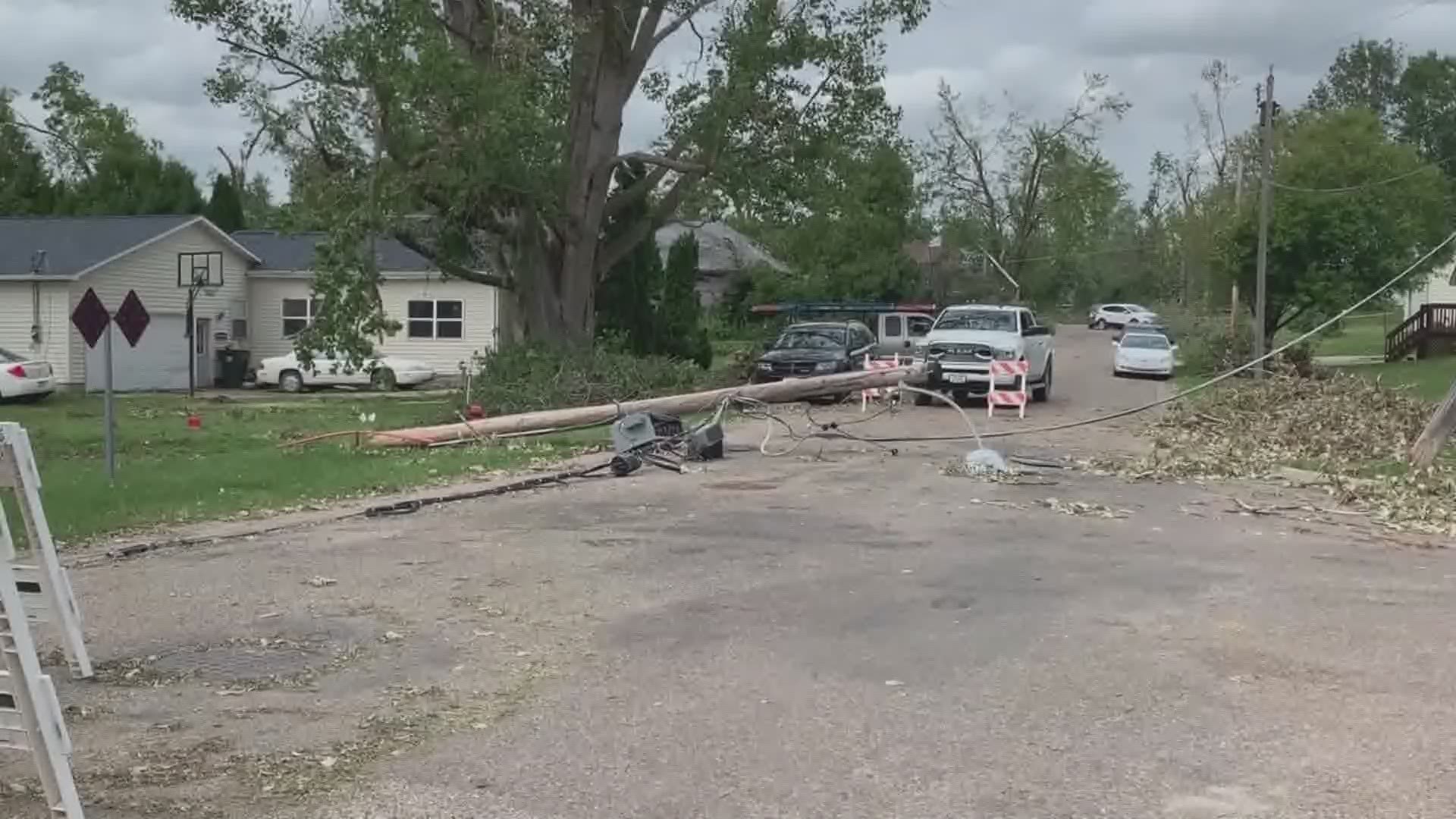 MARSHALLTOWN, Iowa — Gov. Kim Reynolds is touring storm damage in Marshalltown Wednesday following devastating winds from a derecho that moved across the Midwest on Monday.

First responders in Marshalltown responded to over 130 calls for service, Reynolds noted.

"Just a significant response at the local level," she said. "Again, our emergency responders, our firefighters and EMS across the  board. It's incredible to see the collaboration that takes place in these communities. Not to mention the volunteers that show up and are helping get the debris off the road and to the side and ready to be hauled."

Early reports from the state indicate that 10 million crop acres were damaged statewide in the storm.

"Fortunately we've been through it before so we know what to expect, and we've got the right people handling it," Mayor Joel Greer told Local 5.

These are the top measured wind gusts in central Iowa from yesterday. Unbelievable... pic.twitter.com/38CWxPQ5xQ

Two additional counties have been issued disaster proclamations—Audubon and Madison Counties—bringing the statewide total to 25:

"The proclamation now allows state resources to be utilized to respond to and recover from the effects of this severe weather," the governor's office said in a release.

Earlier in the day, Reynolds visited Davenport to tour storm damage there.

Getting briefed on storm damage in Davenport. So appreciative of the the readiness and collaboration of our emergency managers, first responders, and local officials. pic.twitter.com/JB0tGJiGz8