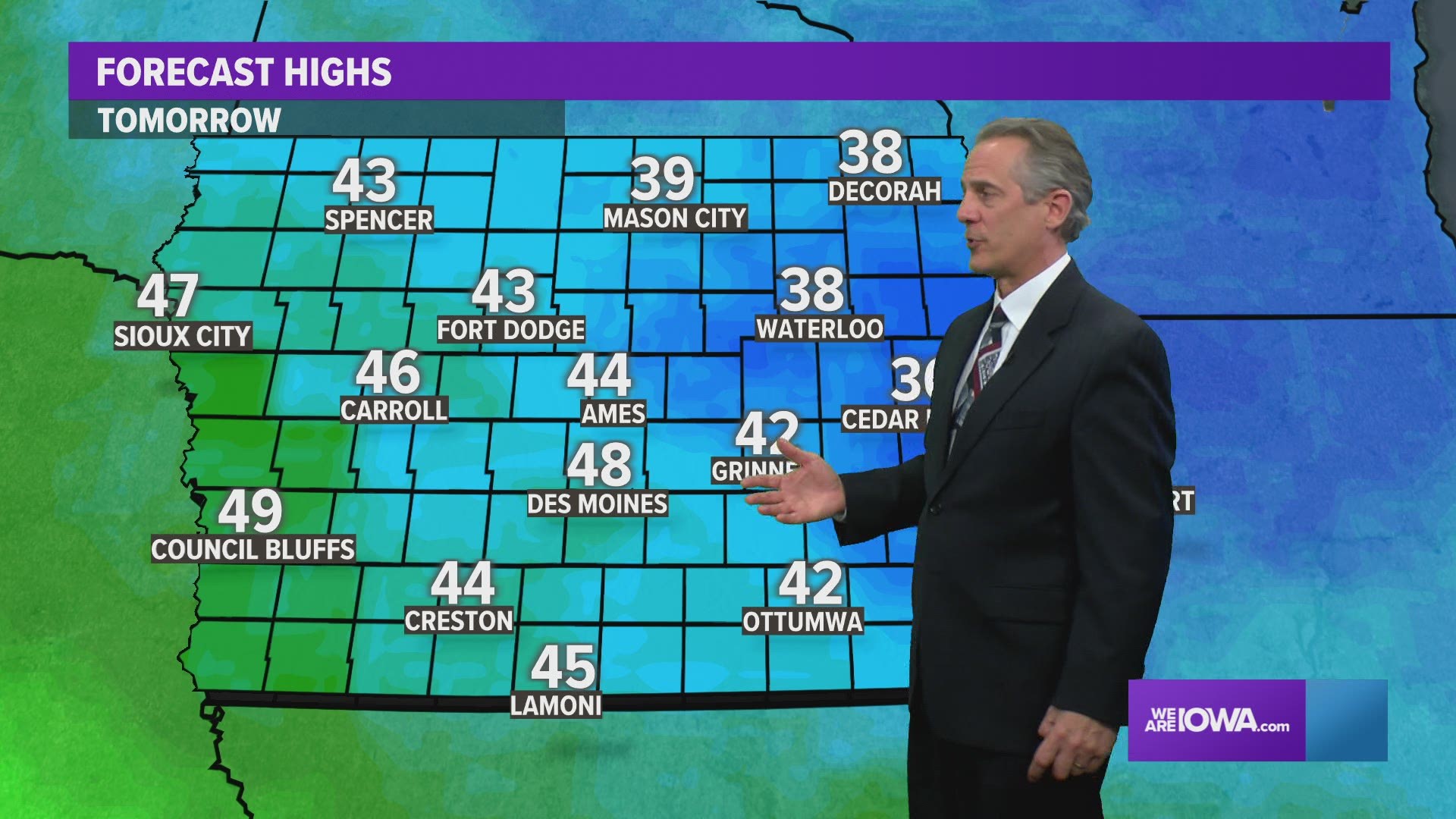 DES MOINES, Iowa — Lately, the weather has been largely quiet and almost mundane across the state of Iowa.

In fact, there's been no measurable snow in the city of Des Moines since the end of December, when over nine inches of snow fell at the airport.

Even though it has been pleasant for the last few weeks, quite a bit of snow has already occurred so far this winter.

At the airport in Des Moines, 22.3" of snow has been recorded for the entire winter season up until this point.

The average snowfall for an entire winter is right around 30" to 33", and we still have the rest of January, and all of February and March to endure.

Although the quiet spell has been nice for the start of 2021, it appears as if the stagnant pattern will come to an end within a matter of days.

A larger upper-level system is set to arrive in the Midwest on Thursday and Friday, bringing stronger wind gusts and a chance for wet weather to not only Iowa, but neighboring states as well.

The cold front component of the storm will arrive in central Iowa early Thursday morning, quickly increasing the wind to at least 15-30 m.p.h.

Central Iowa has avoided sub-zero temperatures so far this winter, and bitter cold isn't in the forecast for at least the next week #iawx pic.twitter.com/fIw2ApguMW

As this moves through, a mixture of rain and snow will be possible during the day Thursday, especially across northern Iowa.

While snow may mix in at this point, accumulating snow does not look overly likely.

On the back end of this storm system, central Iowa will see a better opportunity for accumulating snow on Friday.

Friday's snowfall likely won't be significant, but an inch or two of new snow is certainly possible. Higher amounts will be likely farther northwest.

It will also remain windy on Friday, so blowing snow may wind up being the biggest concern for travelers.

Putting out a forecast for exact snow totals would be a bit premature for today, but stay tuned for updates over the next few days!