La Niña is developing, and it could mean a colder winter in Iowa

There is a 75% chance that a La Niña pattern sticks around through winter, according to the National Oceanic and Atmospheric Administration (NOAA). 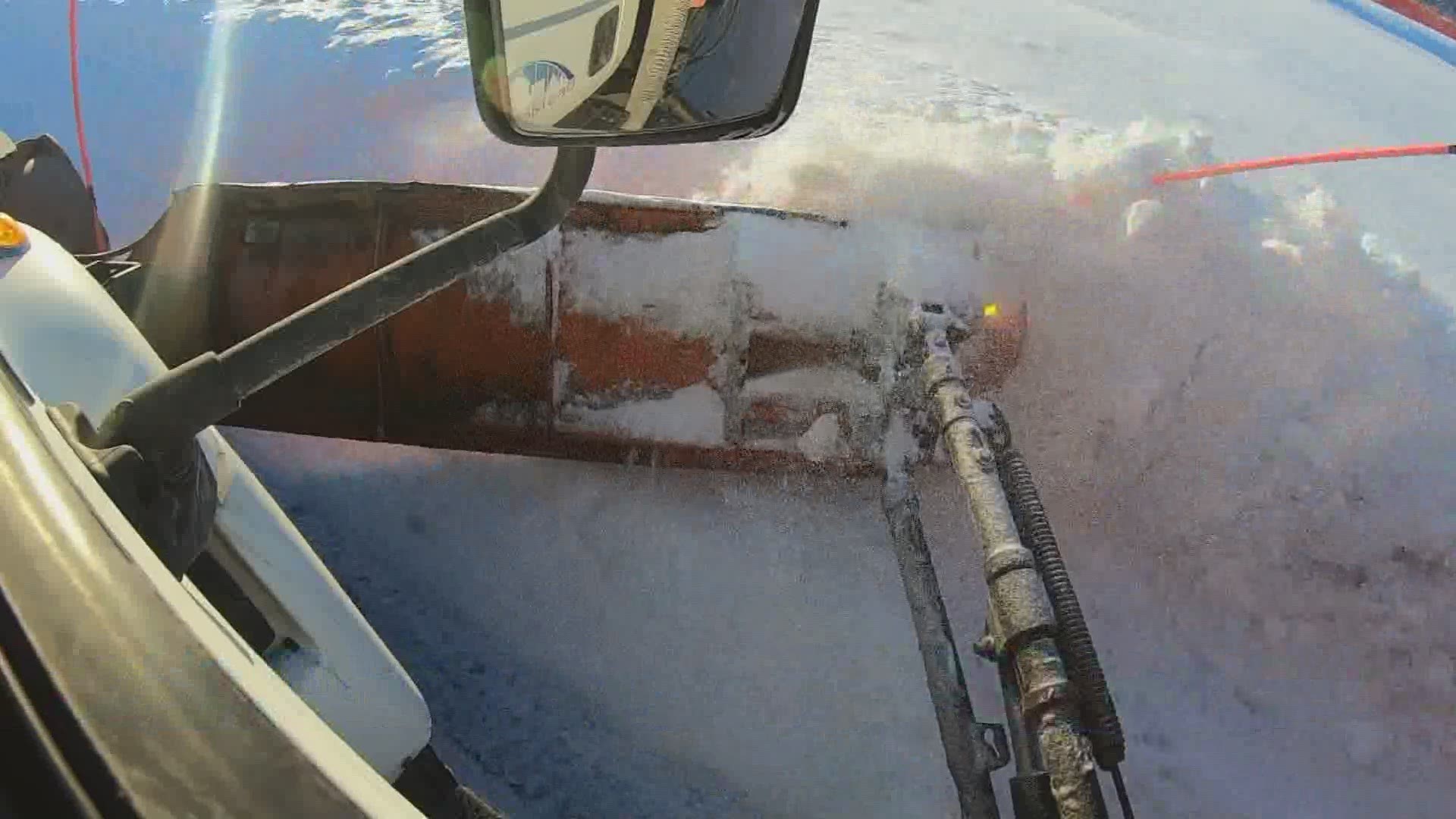 DES MOINES, Iowa — It's about that time of year where we start getting questions about what the upcoming winter season will look like.

Truth be told, predicting what will happen over an entire season, especially winter, isn't an exact science.

However, a big change in the global pattern may give us a few hints about what to expect.

As of Sept. 10, meteorologists at the NOAA, the National Oceanic and Atmospheric Administration, confirm a La Niña pattern is developing.

La Niña, which is Spanish for "the girl", is a normal oceanic-atmospheric oscillation signaled by slightly below-average temperatures over Pacific Ocean waters near the Equator.

This pattern is the opposite of an El Niño ("the boy"), where the Pacific Ocean water is slightly warmer than average.

Since the atmosphere is fluid, these cooler water temperatures can cause the polar jet stream to become a bit more amplified over North America.

It can contribute to increased tropical activity over the Atlantic Basin, allowing more storms to develop and intensify, much like what we've seen over the last few weeks.

"It's called a teleconnection," said Dr. Justin Glisan, the State Climatologist for Iowa. "Far away behaviors affects the atmospheric behavior in the United States."

According to the NOAA, there is a 75% chance La Niña will stick around through the winter months, or at least in December 2020-February 2021.

If this does happen, it could spell a colder and possibly snowier winter in Iowa.

Every La Niña is different, and there are no guarantees, but La Niña boosts the chances for a warm, dry winter across...

Usually, a La Niña marks a higher likelihood of below-average temperatures in Iowa, and near or slightly above-average precipitation.

Across the southern United States, it often means a warmer and drier winter.

Of course, that does not mean it will be frigid across Iowa the entire time. With the jet stream being so active right over the Midwest, it's expected we'll see some big ups and downs ahead.

It's tough to say exactly what will happen this winter. La Niña is certainly not the only factor that will influence our weather patterns.

Now before you get mad, I know it's September. But this isn't too far off 😲

And believe it or not, what's developing over Pacific Ocean waters might affect our winter in Iowa.

So whether you're a fan or not, a snowier and wetter winter could be good for Iowa farmers dealing with drought.

As always, though, too much of a good thing can be bad. We don't want major flooding issues by the spring, either.

RELATED: Iowa's changing climate is having a bigger impact on agriculture