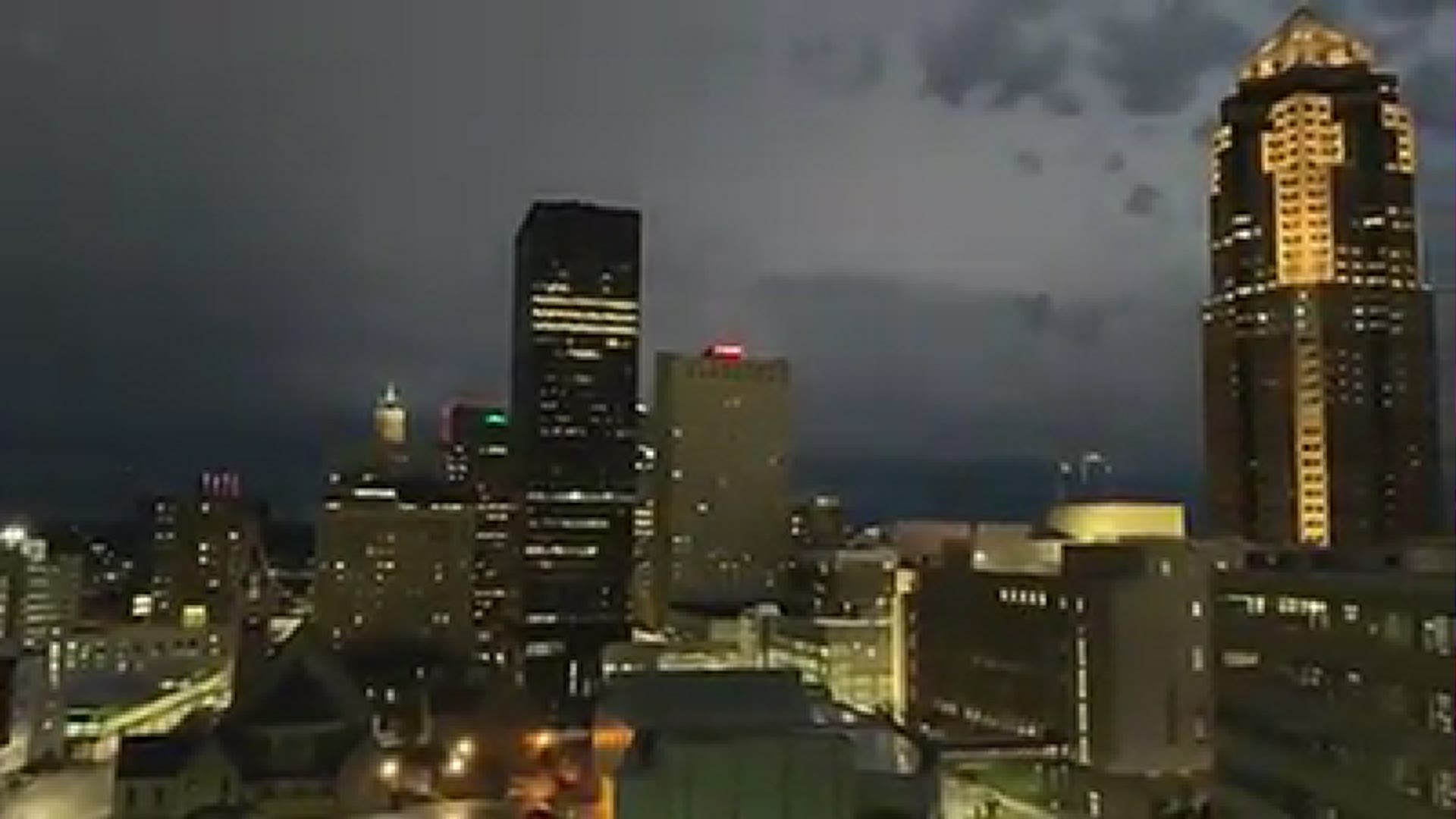 DES MOINES, Iowa — Iowa is certainly no stranger to thunderstorms each year, meaning lightning is quite common around the state, especially in spring and summer months.

In 2020, however, the number of lightning strikes recorded in Iowa was notably lower than in years past.

That's actually quite a bit lower than the number of strikes Iowa observed in prior years, confirming Iowa ranked 22nd in the number of total lightning strikes among all 50 states across the nation.

According to the report, Iowa joins the ranks of Nevada, Utah, Arizona, Wyoming, New Mexico, and California for states with the lowest number of 2020 lightning strikes compared to their annual average between 2015 and 2019.

Vaisala also reports each of those previously-mentioned states, with the exception of Iowa, recorded some of their driest years on record, as the typical southwestern monsoon season brought limited moisture and instability, often preventing thunderstorms from developing in the region.

2020 strikes again: significant #lightning drought for much of the US during the past year, confirmed by Vaisala data. ⚡ You can find more fascinating lightning facts from our Lightning Report 2020 published today 👉 https://t.co/suXBzCn34T #lightningdetection pic.twitter.com/4f4gKXlSjq

Vaisala defines in-cloud lightning as a "lightning discharge that connects regions with opposite polarity (+/-) within one cloud or between multiple clouds."

Meanwhile, cloud-to-ground lightning, or a lightning stroke, is described by Vaisala as a "lightning discharge that connects a charge region in a cloud to the ground and is the bright, high current, visible part of lightning that touches the ground or an object."

Credit: WOI
Lightning strikes near the Jordan Creek area in West Des Moines, Iowa on the evening of July 14, 2020.

Other noteworthy findings from the report include:

Check out the full 2020 Annual Lightning Report from Vaisala below.

RELATED: August derecho named among top 5 worst severe storms in the US since 1980