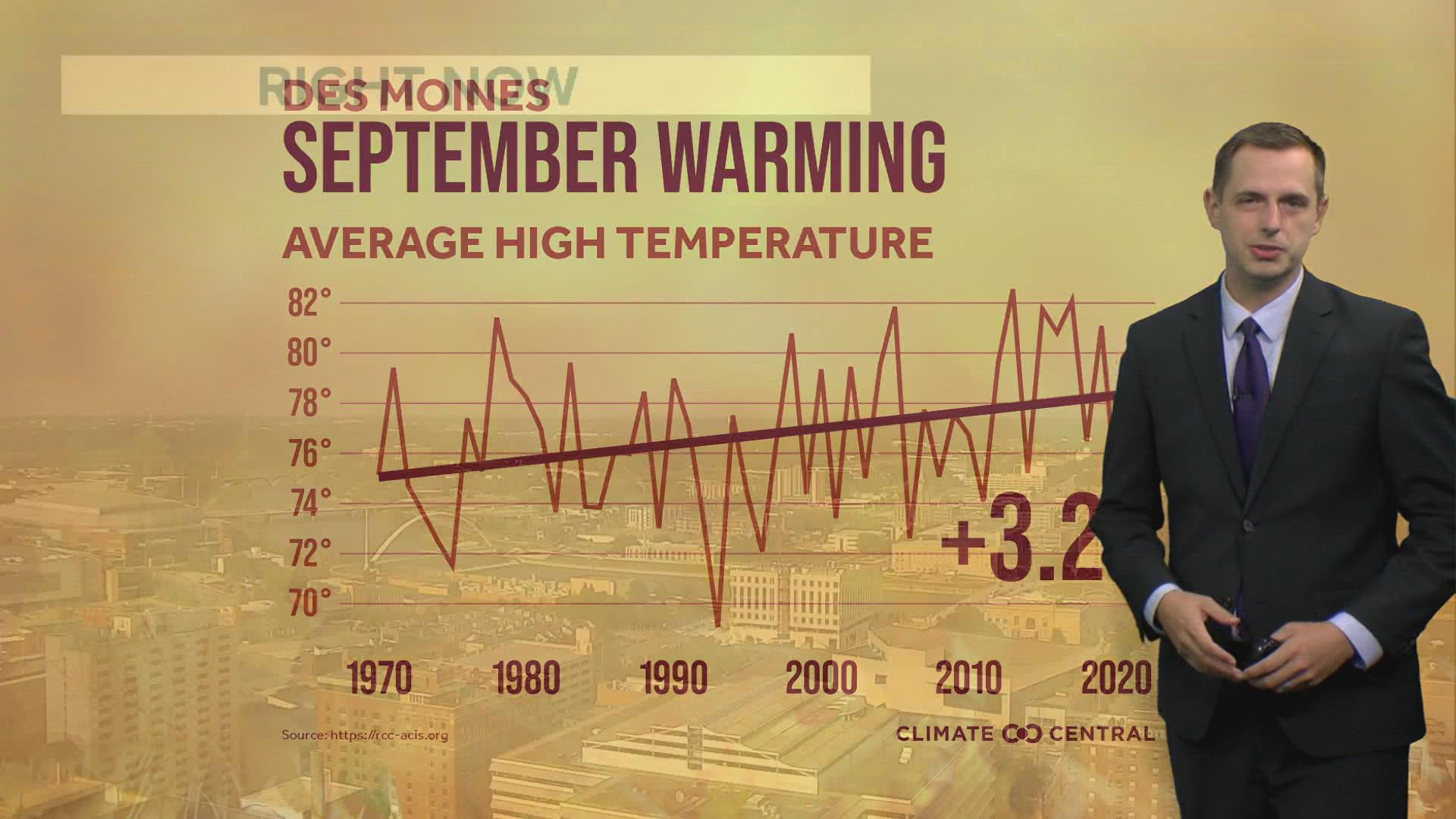 DES MOINES, Iowa — Another round of upper 80s and low 90s is in the forecast for the upcoming weekend, which isn't necessarily atypical for mid-September.

It is, however, nearly 10-15° above average for this time of the year.

For the time period on and around Sept. 20, the average high temperature in Des Moines is 76°.

Data shows fall is getting warmer nationwide due to climate change, especially during September.

In this case, the numbers used account for temperatures during meteorological fall, which runs from Sept. 1 to Nov. 30.

Out of the entire year, September is the second-fastest warming month in Des Moines based on average high temperature.

September is only second to December, which is considered the fastest-warming month of the year, according to data compiled by Climate Central.

In Des Moines, the average high temperature in September has climbed 3.2°F in the last 50 years.

A warmer fall can also mean an extended period of haze and wildfire smoke, since hotter temperatures out west will lead to a longer wildfire season.

Finally, a warmer fall may negatively impact the timing of natural events such as fruit ripening, hibernation and bird migrations.