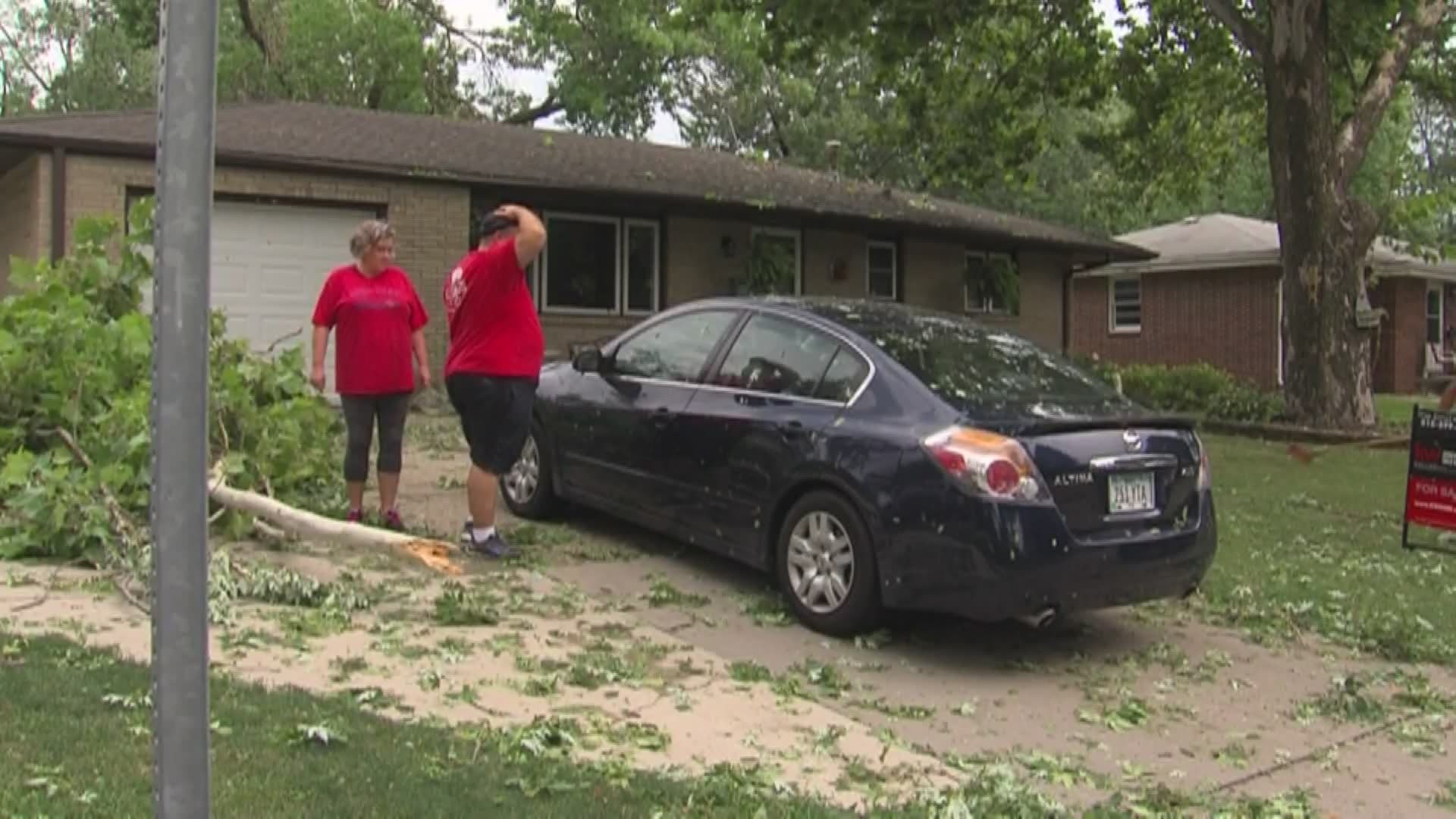 IOWA, USA — A major clean up is in store for most of Iowa as the state assesses the aftermath of Monday morning's severe weather.

Trees snapped like toothpicks, roofs torn from buildings and sheets of rain swallowed decks and pools.

Downed tree limbs and leaves covered the streets of Ankeny after the storm, and one resident said the wind blew their doors open. The tweet below shows some of that wind in Ankeny.

Fortunately, no injuries have been reported from the storms.

Over in Urbandale, winds blew the Buccaneers Arena roof off in several places. 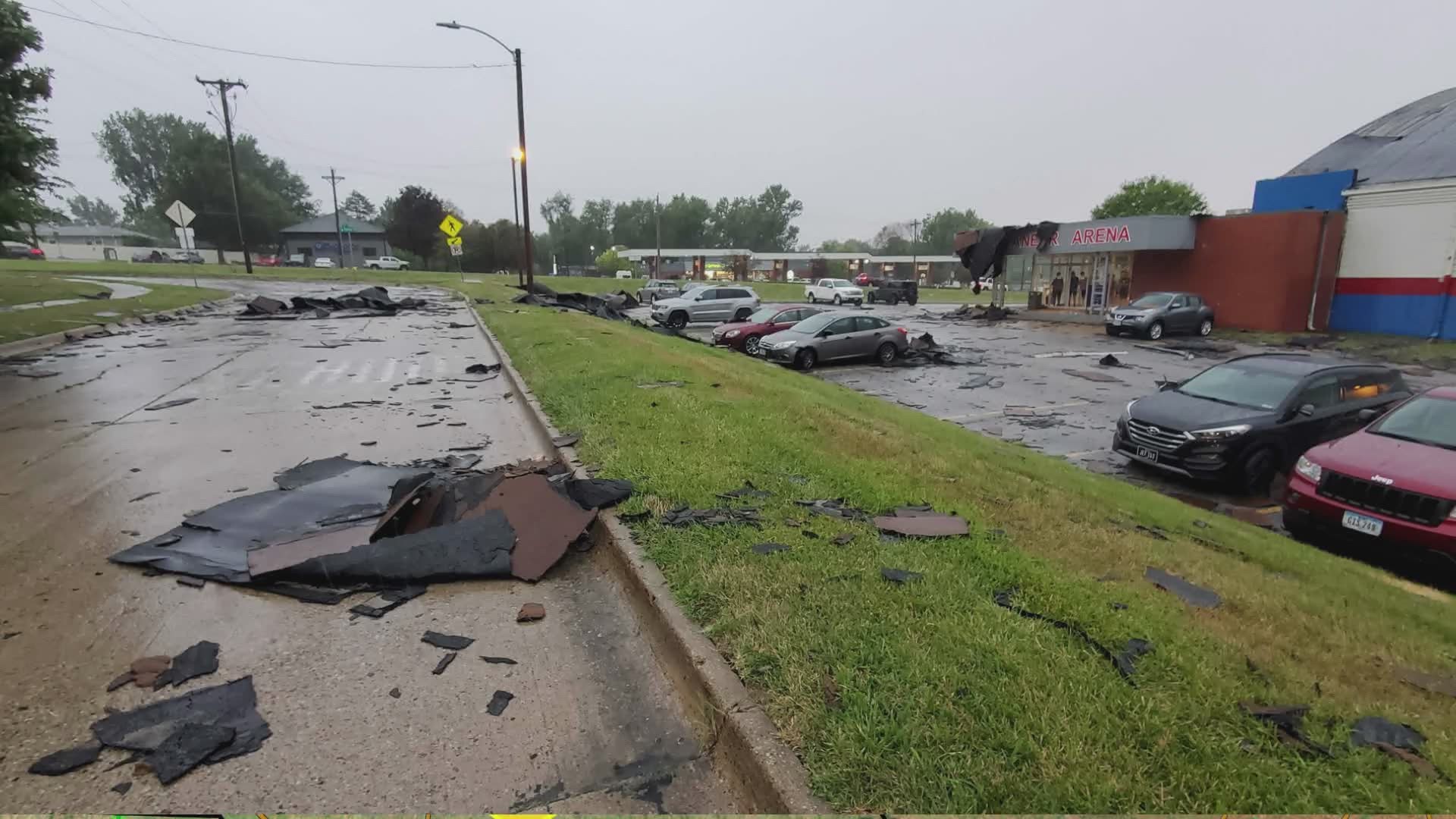 Down she goes. John Pilmer lost this large limb in Urbandale @brandonlaw_wx @WxKanost during the first few minutes of the storm gust @weareiowa5news pic.twitter.com/mfb5tqJCTq

1 / 31
Nash Schneider
A tree in an Ankeny, Iowa backyard snaps near its base as damaging winds ripped through central Iowa Monday.