Power is out throughout the entire city of Woodward, and authorities are advising you to avoid the area if at all possible for the time being. 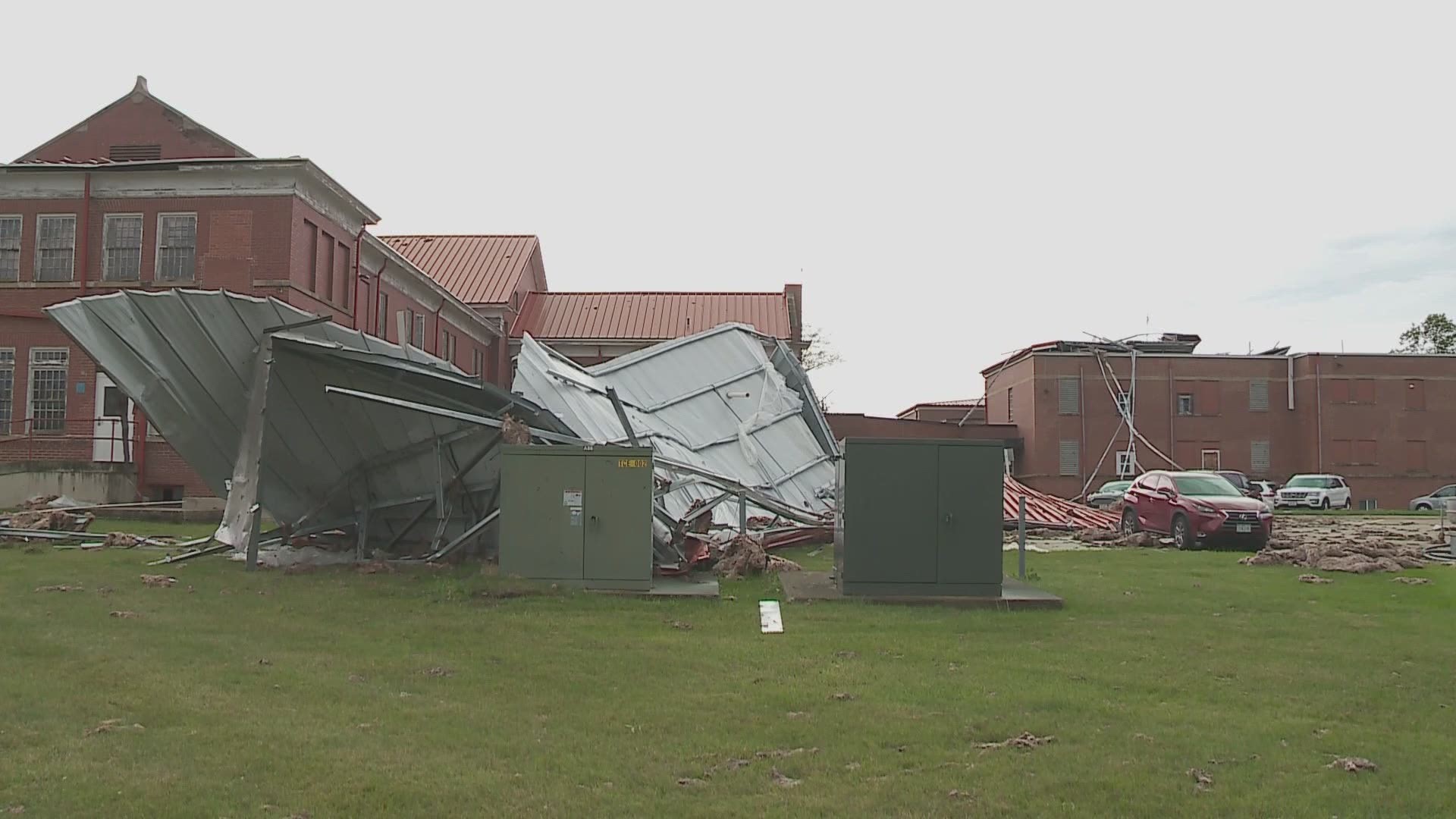 WOODWARD, Iowa — Monday's storms left thousands without power, and even caused some structural damage to buildings.

The town of Woodward, which sits on the border of Dallas and Boone counties, was hit particularly hard.

Woodward Police Chief Joseph Cox tells Local 5 the entire city is currently without power, and has no idea when it will be brought back on.

Cox said there were a couple gas leaks in Woodward, but those have since been taken care of.

Thankfully, Cox had no storm-related injuries to report.

People are advised to avoid traveling to Woodward if at all possible right now, even if you're trying to help. If you'd like to assist, Cox says to call the Woodward Police Department at 515-438-2545 and they'll point you in the right direction.

Several fields in the area surrounding Woodward were at least partially leveled in the storm as well.

Major structural damage has been reported in both Woodward and Madrid.

Anyone in need of a place to meet up with family members affected by the storm is encouraged to go to the Granger Community Center, though Cox says the power there is also out.

According to Boone County Emergency Management Coordinator Lance Kooiker, the storm caused semis to roll over on Highways 17 and 169. Some of those drivers have been taken to the hospital for minor injuries.

Otherwise, Kooiker reports no serious injuries or fatalities related to the storm.

However, according to Kooiker, there were some glitches with the 911 system during and immediately following the storm, though it seems to be operating as normal Monday evening.

Kooiker said the Boone County Emergency Management plan is now in effect, and they are working to get into the "recovery" stage as soon as possible.

Highway 17 between Boone and Madrid is closed at the moment due to downed power lines on the roadways.