According to the National Weather Service, the tornado only caused minor tree damage a few miles south of Woodward. 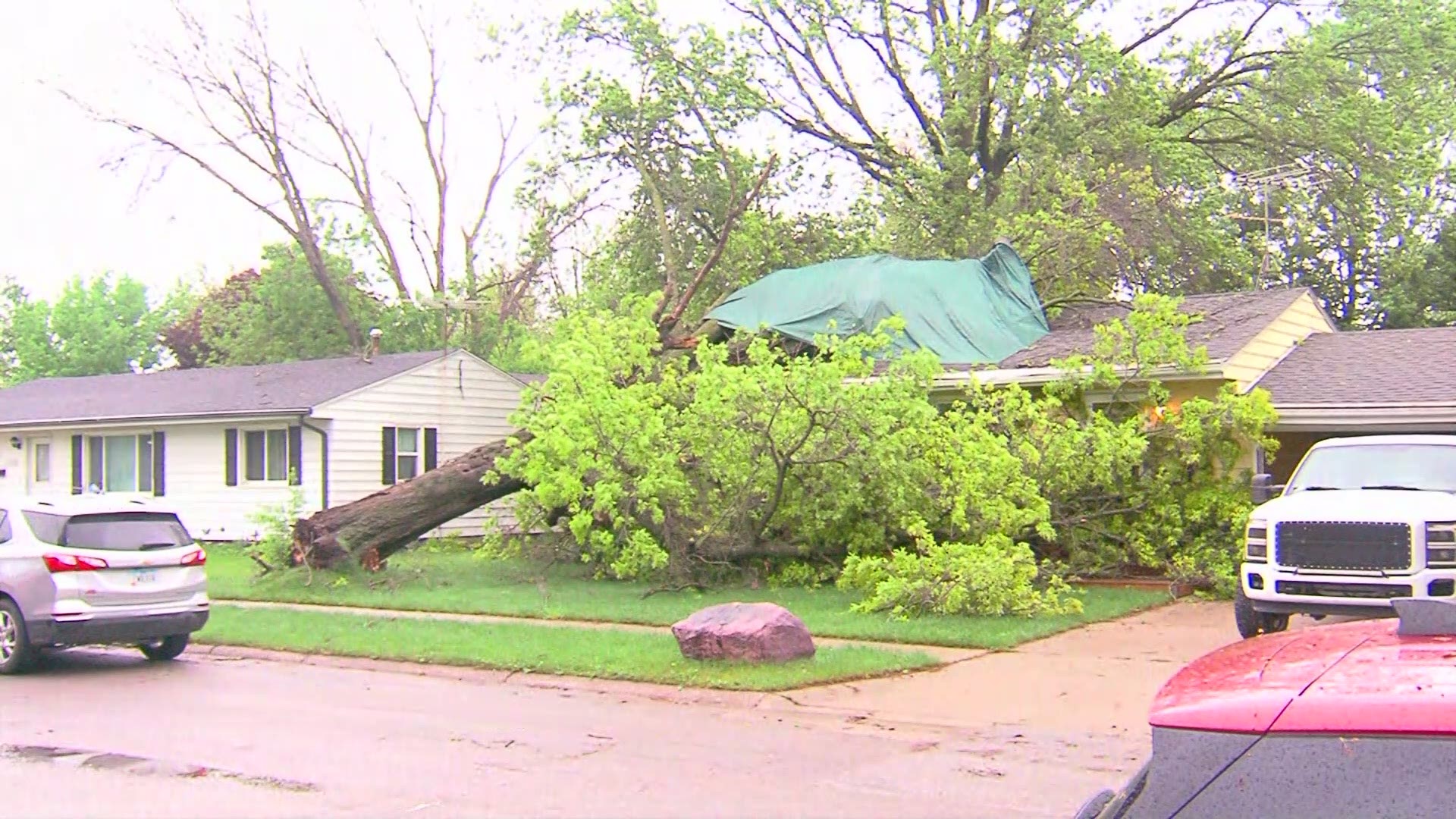 The tornado initially touched down three miles south of Woodward at 9:45 pm, then stayed on the ground for approximately five minutes before lifting just a mile south of town.

The tornado had an estimated maximum width of 50 yards and maximum winds of 75 mph.

It included cities like Woodward and Madrid, but no major damage was reported in that area, thankfully.

That was the first tornado warning in central Iowa since July 2020. #iawx pic.twitter.com/pkreZKCyY9

Residents in Winterset woke up to damage in their community early Friday morning.

The damage occurred near the intersection of S. 12th Street and W. South Street on the west side of Winterset.

Local 5's crew witnessed a large tree that had fallen on the roof of a home, as well as other tree and leaf debris scattered around the neighborhood.

Credit: WOI
It's unknown if strong straight-line gusts or a brief tornado caused the damage in Winterset

What was unique about the situation on Thursday was the lack of lightning in the system.

Some broad rotation appeared on Doppler radar around the time the damage occurred, but a tornado warning was not issued for Madison County.

The National Weather Service in Des Moines does not currently plan to conduct a storm damage survey in this area, but they intend to conduct a satellite and radar analysis to determine what exactly happened in Madison County.

Local 5's team of meteorologists is committed to keeping you safe and informed through all types of weather, including when severe storm and tornado threats affect our area.