The only meaningful rain chance will move into the western part of Iowa on Friday, but it likely won't account for the ongoing drought. 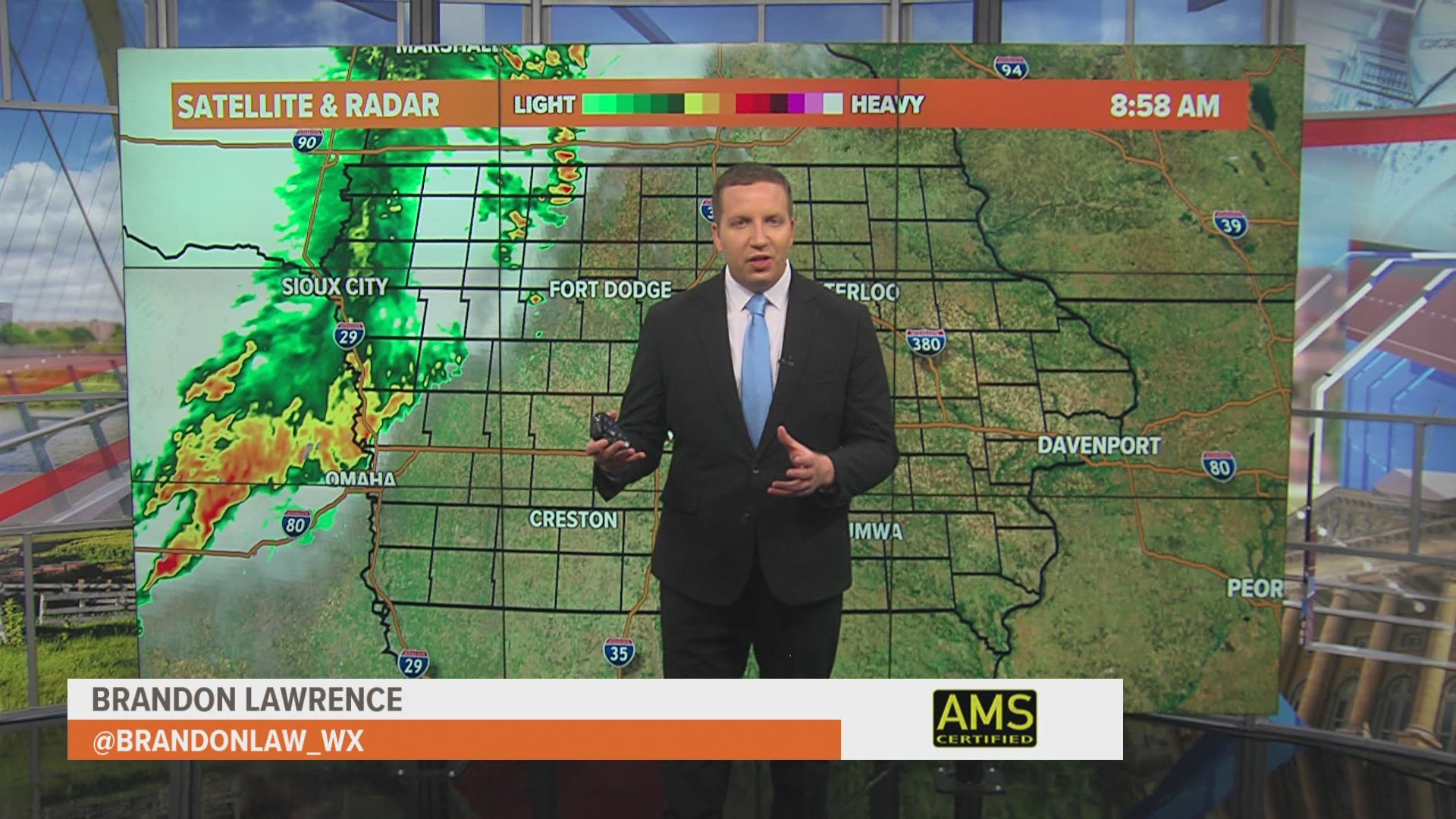 DES MOINES, Iowa — It has been an exceptionally quiet and dry spring in Iowa so far, and the outlook for meaningful rainfall in the extended forecast is unfortunately bleak.

One chance for rain will move into the state on Friday, but it will mainly bring moisture to the western part of Iowa, while other areas of the state may miss out on the bulk of the system.

A couple of showers and thunderstorms may move through central Iowa during the day Friday, but it is unlikely this will produce appreciable rain totals.

Beyond Friday, the chance for rain, at the least over the next 10 days, is quite low.

This is especially odd considering Des Moines averages 0.20" of rain per day in June, amounting to an average of 4.94" of rain throughout the month.

It is clear the abnormally dry weather is taking its toll on Iowa, as drought conditions around the state continue to expand.

The U.S. Drought Monitor is updated each Thursday, and this week's update shows a large growth in both the "moderate" drought area and "abnormally dry" area.

In fact, over 50% of Iowa is now experiencing "moderate" drought, while nearly 90% of Iowa is considered "abnormally dry."

RELATED: LOCAL 5 FORECAST: Thursday could be the hottest day so far this year

Big changes to the drought monitor this week... a very large expansion of the 'moderate' drought to include almost all of central Iowa.

Northwest Iowa is still dealing with "severe" drought, which has been an ongoing problem since 2020.

This will mark two years in a row where drought has caused issues in Iowa, even despite above-average snowfall reported last winter.

Cities and municipalities around central Iowa are now asking residents to conserve water usage, especially as it relates to lawn and garden irrigation.

It's important to conserve water whenever possible during this dry stretch.

Des Moines Water Works has asked customers to avoid watering on Mondays, and to follow an odd/even schedule for watering Tuesday-Sunday.

Watering should also be done early in the morning, late in the evening, or if possible, overnight.

Iowa's rainfall deficit continues to grow by the day.

In Des Moines, the city is 1.5"-plus below average on rainfall in the month of June, while it's nearly 7" below average for the entire year.

As of June 10, 12 days have passed without any measurable rain in Des Moines.

For as long as considerable rain stays out of Iowa, it is likely the drought conditions will continue to worsen.