The El Nino Southern Oscillation (ENSO) is one of the most important large-scale weather phenomena in the world. It impacts weather in the U. S. in surprising ways. 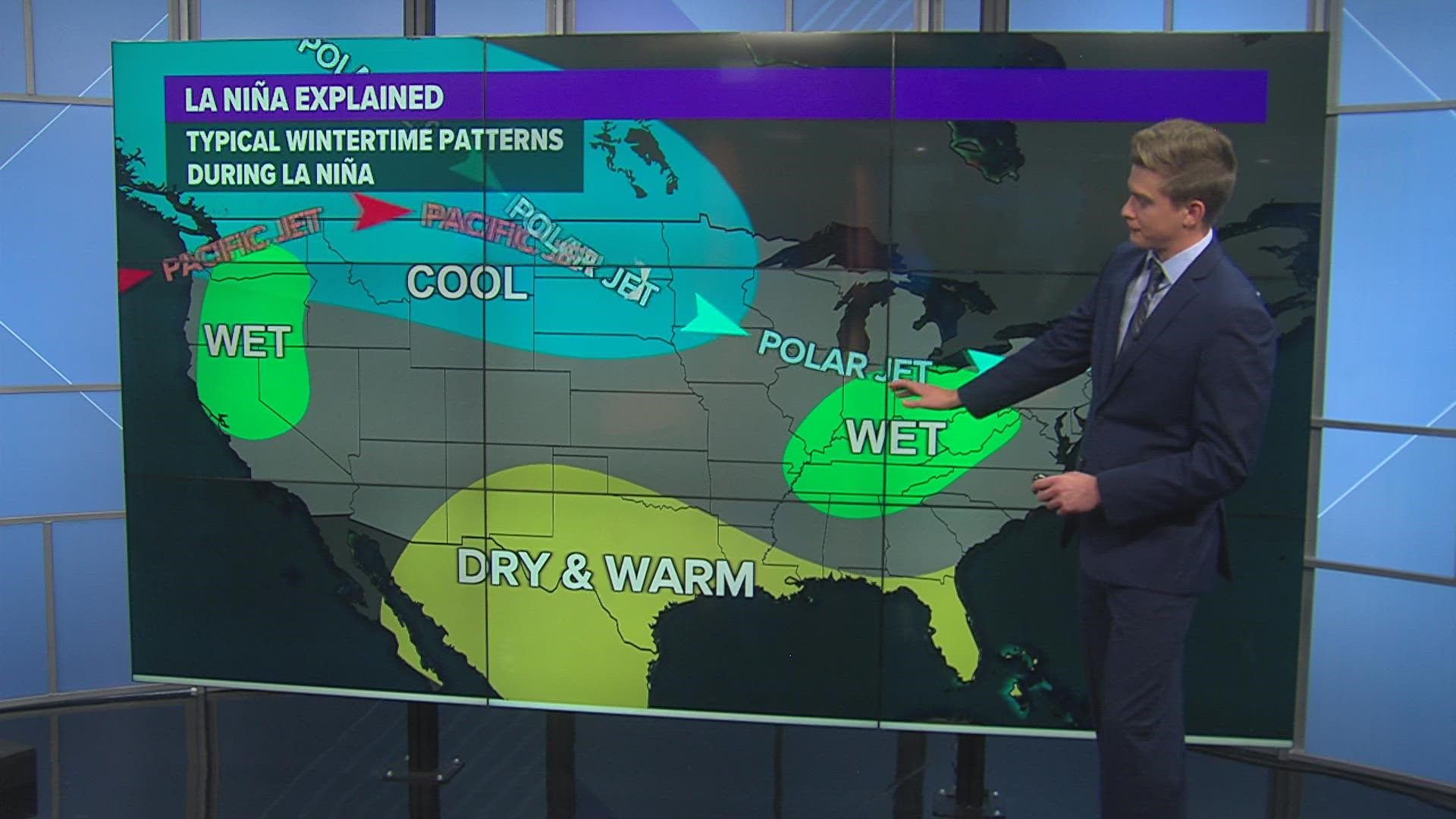 DES MOINES, Iowa — Even though it's been so warm thus far this fall in Iowa, it can't last forever.

Old Man Winter is standing by, waiting for us to brave those brutal cold temperatures and make us wish we had those hot and steamy July days back in the forecast.

Thousands of miles away, in the Pacific Ocean, the El Niño Southern Oscillation (ENSO), one of the most important large-scale phenomena in North American meteorology, could impact how cold this winter may be for the Upper Midwest, including Iowa.

The National Oceanic and Atmospheric Administration (NOAA) issued a La Niña (meaning "the girl" in Spanish) Watch in early September, meaning that waters in the equatorial Pacific Ocean are forecasted to be cooler than average for the upcoming winter season.

Because the atmosphere and ocean work in a fluid relationship, these cooler water temperatures can cause the polar jet stream to become a bit more amplified over North America.

It can also contribute to increased tropical activity over the Atlantic Basin by lessening wind shear, allowing more storms to develop and intensify, although the tropics have been fairly quiet since Hurricane Ida in August.

What does this mean for Iowa during the winter?

Typically, it leads to colder than average temperatures in the Plains and Upper Midwest, including Iowa. It also means we could see slightly above-average precipitation this winter.

When the Pacific waters are warmer than average due to reduced trade winds, that is referred to an El Niño (meaning "the boy" in Spanish) phase. When the El Nino phase is in effect, Iowa can typically see the opposite as La Nina: above-average temperatures during the winter.

Last winter was also a La Niña, however, a weaker one is on the way this coming winter. 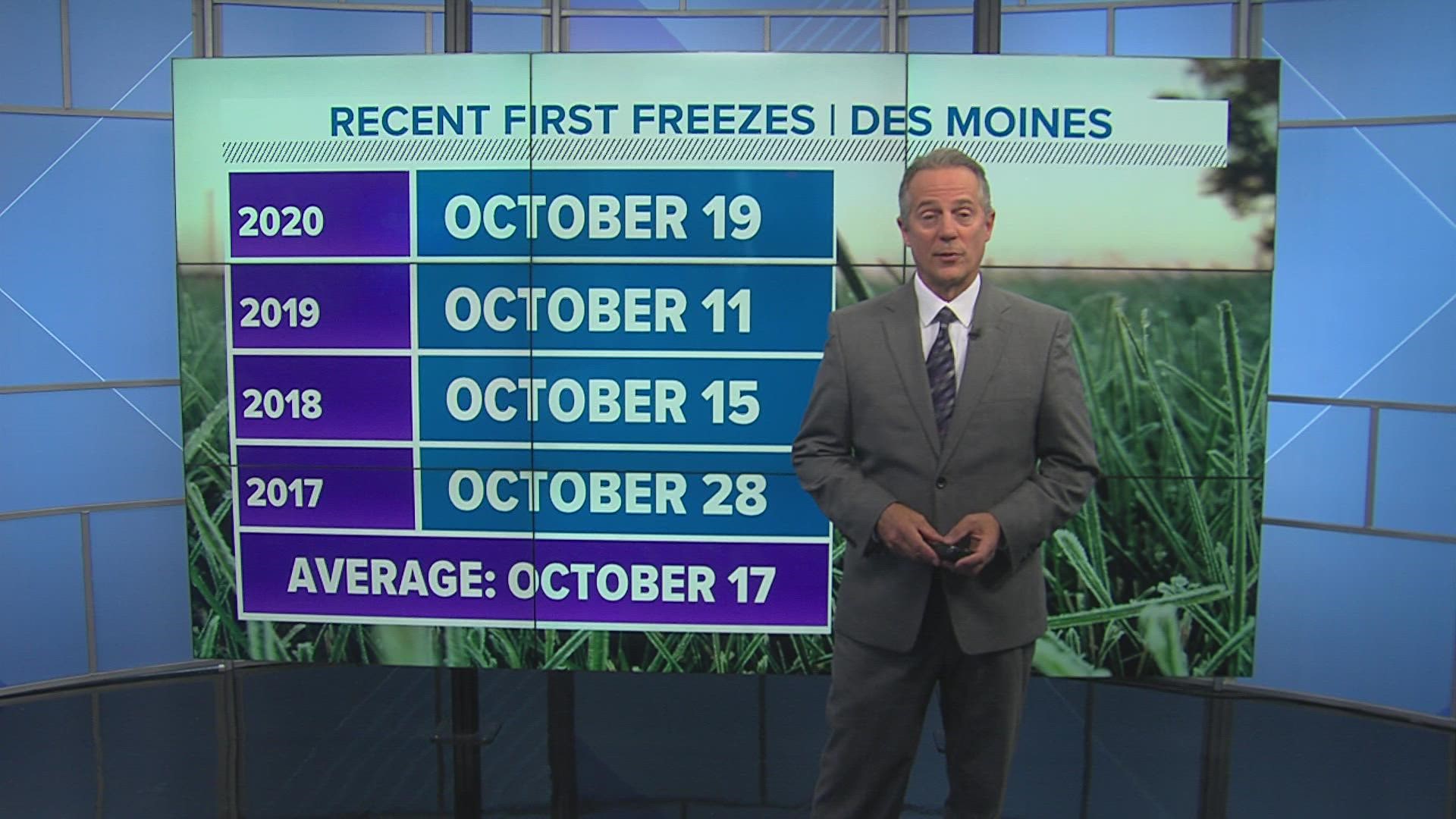