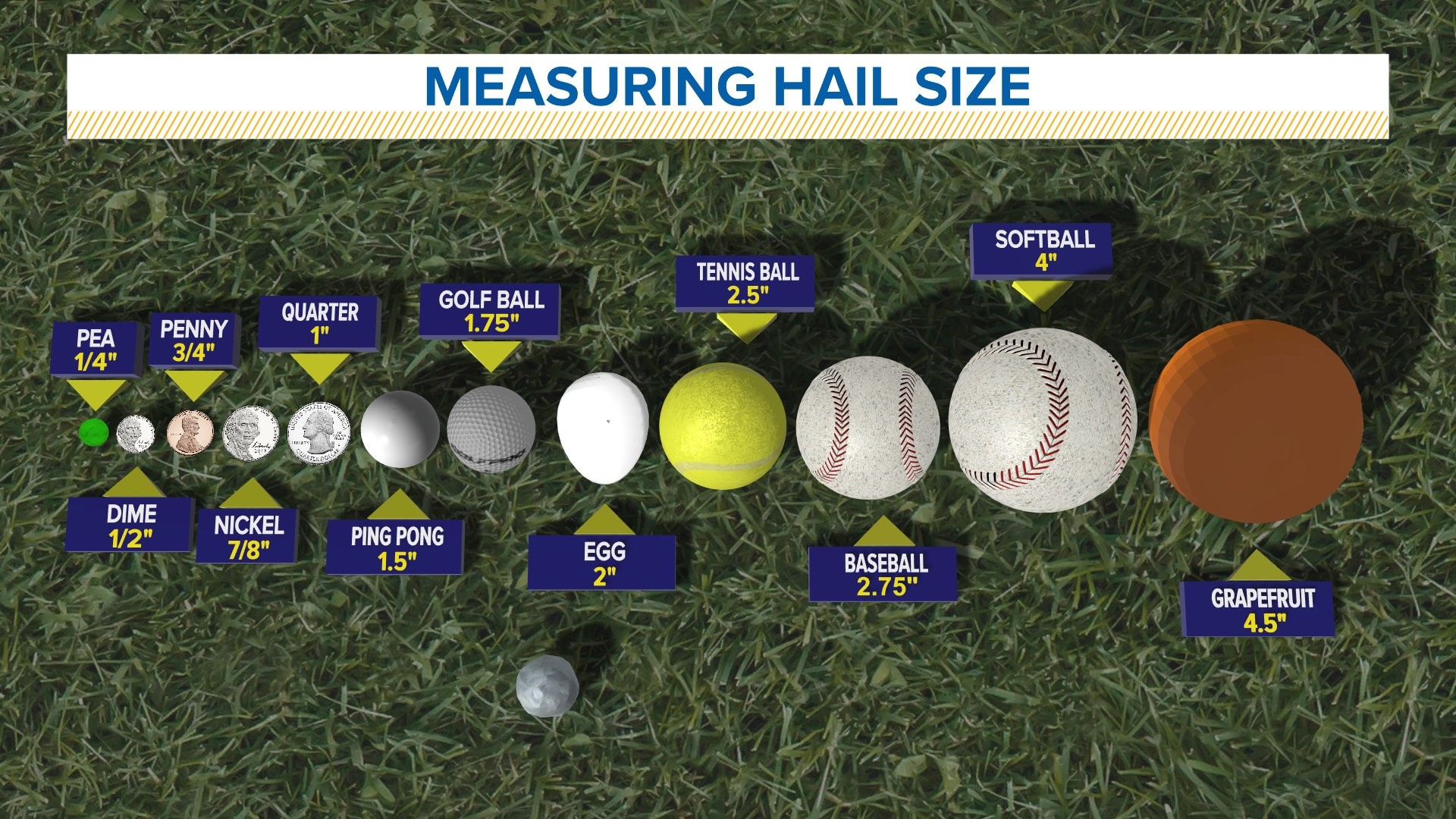 Most of the focus tends to be on concerns related to wind or tornadoes, but hail can be just as dangerous and destructive in the right setup.

Unofficial historical records suggest the largest hail stone ever recorded in Iowa measured 5.5" in Dubuque, back in June 1882.

For the entire United States, the record for largest hail stone belongs to Vivian, South Dakota.

In July 2010, the one stone reported in Vivian measured 8" in diameter and weighed nearly two pounds.

The hail formation process is complex, yet interesting due to the atmosphere's temperature profile.

Thunderstorms contain updrafts, which can be best described as the storm's engine.

Updrafts pull moisture from the surface into the storm, offering it fuel to grow and in some cases, survive for a long period of time.

When an 8-in hailstone fell in Vivian, SD, a decade ago, it broke records. Having a hard time picturing #hail that big?

Go to https://t.co/67vNKwn61d & use your phone to drop that hailstone into your life. On your desk! On your ironing board! Watch out Barbie! #augmentedreality pic.twitter.com/cBdeEj8TJ6

With severe thunderstorms, the updrafts are typically quite strong, allowing water droplets that get pulled into the storm to rise high into the atmosphere.

Eventually these droplets become supercooled when they reach a region of sub-freezing temperatures well above the surface.

As supercooled water droplets continue to climb, layers of ice begin to form on this already-frozen droplet, allowing it to grow in size.

Naturally, what goes up must come down.

At some point, the weight of this frozen droplet becomes too heavy for the updraft to keep suspended in the air, so it falls to the ground as hail.

Of course, the longer these frozen droplets stay suspended in the atmosphere, the larger the hail can grow.

Thunderstorms are classified as "severe" when hail stones reach at least 1" in diameter, or similar in size to a golf ball.

Hail damage can be costly and difficult to repair, especially for vehicles.

When hail threatens Iowa, the best course of action is to put cars or vehicles in a sheltered location if possible, such as a garage or carport.