Tropical cyclones rarely affect Iowa's weather, but it's always possible to experience the remnants of a tropical system in the Heartland. 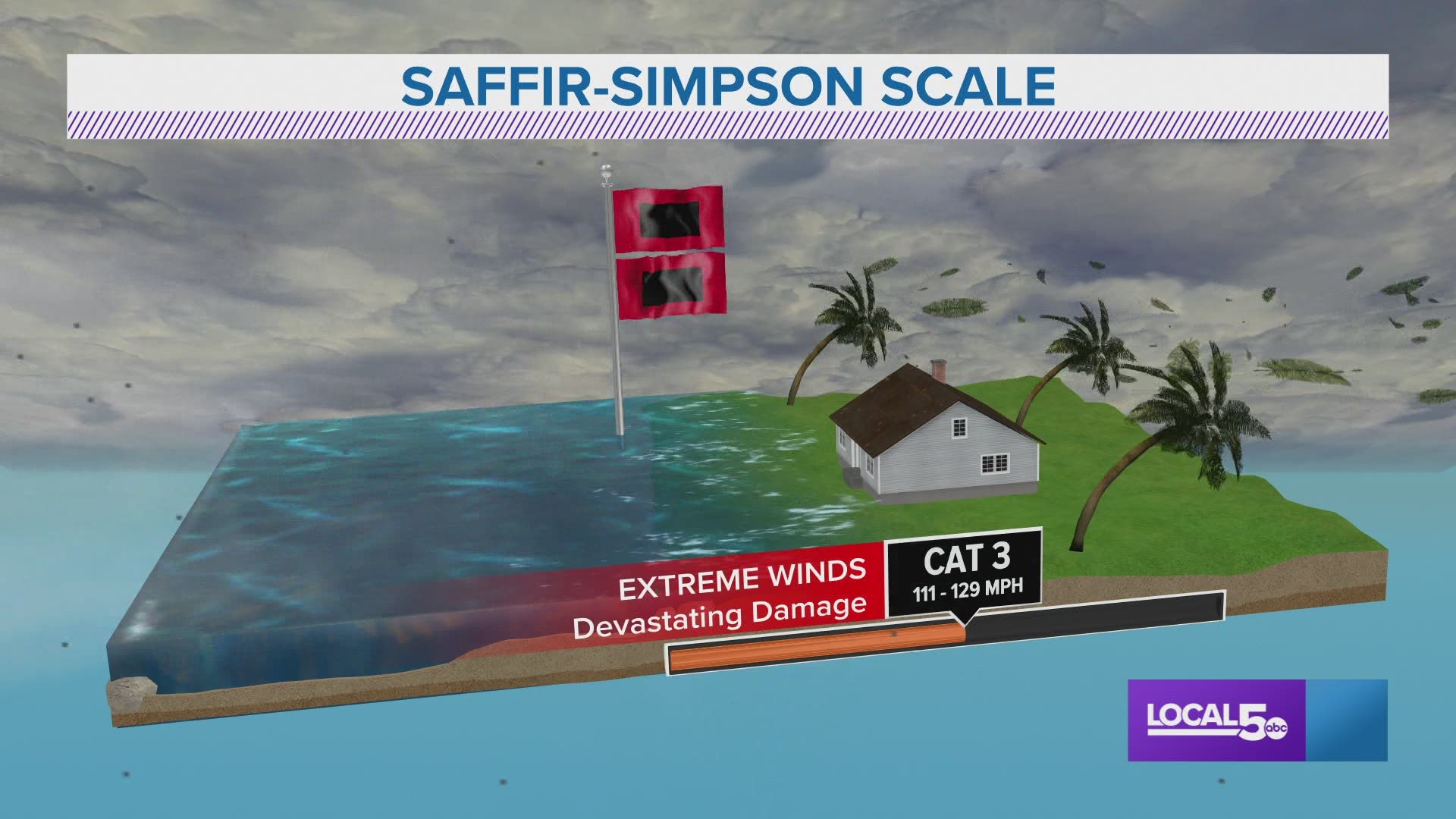 DES MOINES, Iowa — The 2021 Atlantic hurricane season is already off to a busy start— with five named systems so far since the beginning of the season on June 1.

Although it has since been downgraded to a tropical storm ahead of a Florida landfall later this week, Elsa was the first named hurricane of 2021.

The season's active beginning comes on the heels of a historic 2020 hurricane season, where a record-breaking 30 named storms developed and 11 storms made landfall in the continental United States.

Many of these systems are tropical depressions or tropical storms, generally with sustained winds of 73 miles per hour or less.

When a system reaches sustained winds of 74 miles per hour, however, it is officially classified as a hurricane.

The National Hurricane Center, located in Miami, Florida, uses the Saffir Simpson Scale to classify hurricanes from category 1 to 5 based on their maximum sustained wind speeds.

A category one hurricane normally won't cause a lot of damage, but like any tropical system, it can bring a threat of heavy rain, strong wind gusts, and even isolated tornadoes. The most dangerous part of a hurricane is on the eastern side.

As a hurricane strengthens to category two status, winds pick up and damage becomes more severe.

Category 3 hurricanes can lead to devastating damage as the winds reach over 111 miles per hour.

For reference, Hurricane Katrina was a category 3 hurricane when it made landfall near the mouth of the Mississippi River in August 2005.

Category 4 and 5 hurricanes are certainly rarer, but when they do occur, catastrophic damage is highly likely.

Most recently, Hurricane Michael made landfall as a category 5 hurricane in 2019 along the Florida panhandle.

Michael was the first category 5 to make landfall in the continental United States since Hurricane Andrew hit Miami way back in 1992.

Although wind and rain are typically the biggest threats with landfalling hurricanes, storm surge along the beaches can be extremely dangerous, too.

Waves up to 3 feet can lead to coastal erosion and flood beaches, while a surge higher than 6 feet can begin to flood coastal homes, hotels, condos, and businesses.

Tropical systems rarely affect the weather here in Iowa, but they're a huge part of life along our nation's Gulf and Atlantic coasts.

With that being said, it's always possible we'll experience the remnants of a tropical cyclone in Iowa, even if the system has lost many of its tropical characteristics.

In 2020, Tropical Depression Cristobal moved across eastern Iowa, dumping several inches of rain before exiting the state to the northeast.