During the summer, the difference between urban and rural temperatures can be high as 15-20°. 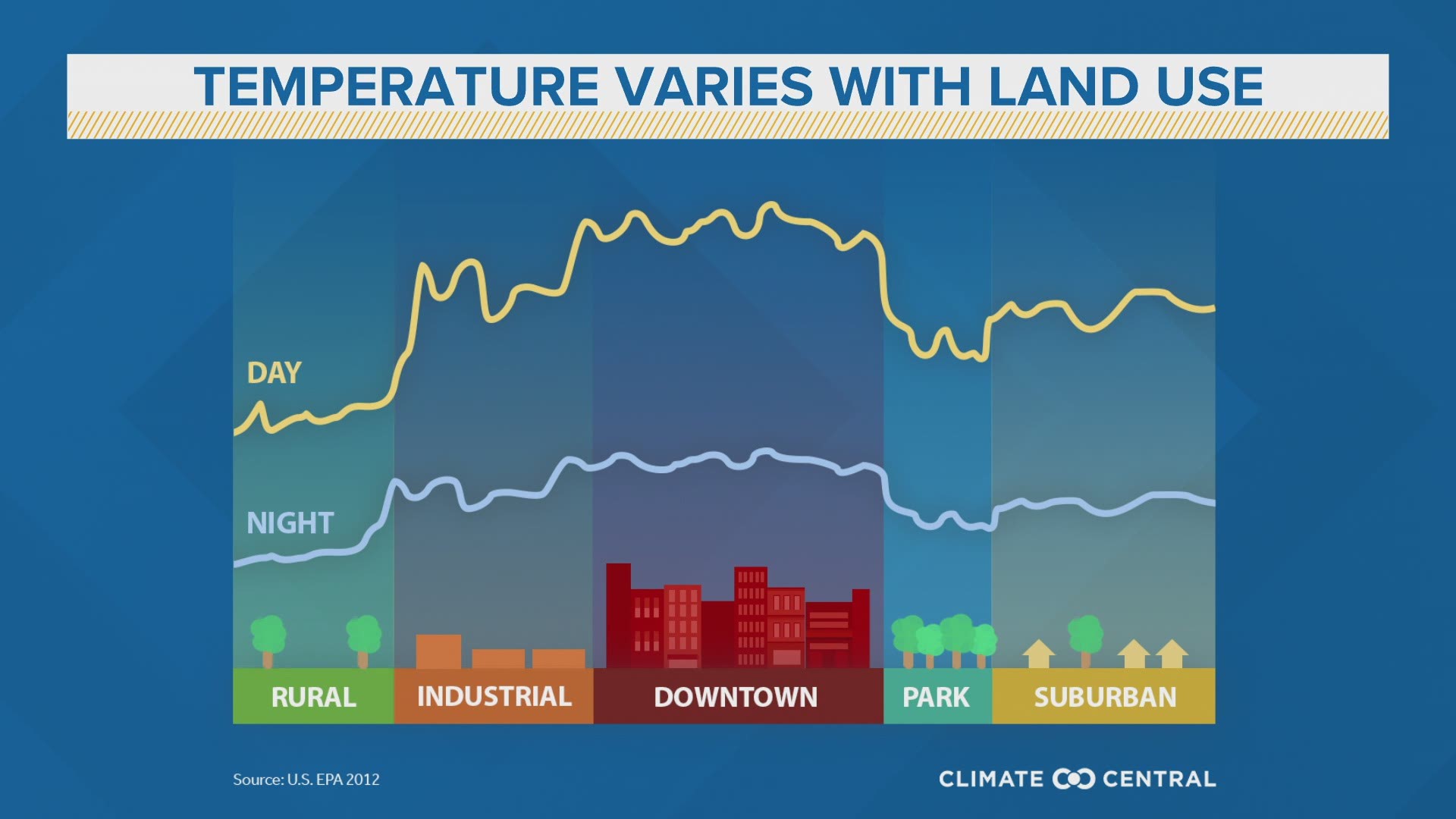 Heat islands are heavily influenced by albedo, a measure of how much a surface reflects solar radiation.

Many urban surfaces like asphalt have a low albedo, and therefore have a high ability to absorb the sun's heat.

These hard, dry surfaces hold less moisture than natural landscapes. The higher soil moisture in rural locations leads to more evaporation which is a cooling process.

The heat island effect is most impactful in the summer when urban daytime temperatures get as much as 15-20° hotter than nearby, vegetated locations.

Other factors that contribute to urban heating include human-created heat emissions and the shape and height of buildings affecting airflow.

According to a Climate Central study, New Orleans has the most intense urban heat island with an average temperature difference of nearly 9° between the city and nearby rural regions.

The study shows the average temperature difference for Des Moines is 5.8°.

Credit: Climate Central
Temperature differences between rural and urban areas are more dramatic during the day than night.

Why should we care?

Heat is the No. 1 weather-related cause of death in the United States with an average of 134 deaths per year.

85% of the U.S. population lives in metropolitan areas.

Increased energy consumption is needed to air-condition homes and buildings, which leads to increased emissions of air pollutants and greenhouse gases.

There are number of things urban communities can do to reduce the strength of heat islands, such as:

RELATED: WEATHER LAB | The anatomy of a supercell