Droughts can be underestimated due to their slow progression, but are often just as catastrophic as other natural disasters 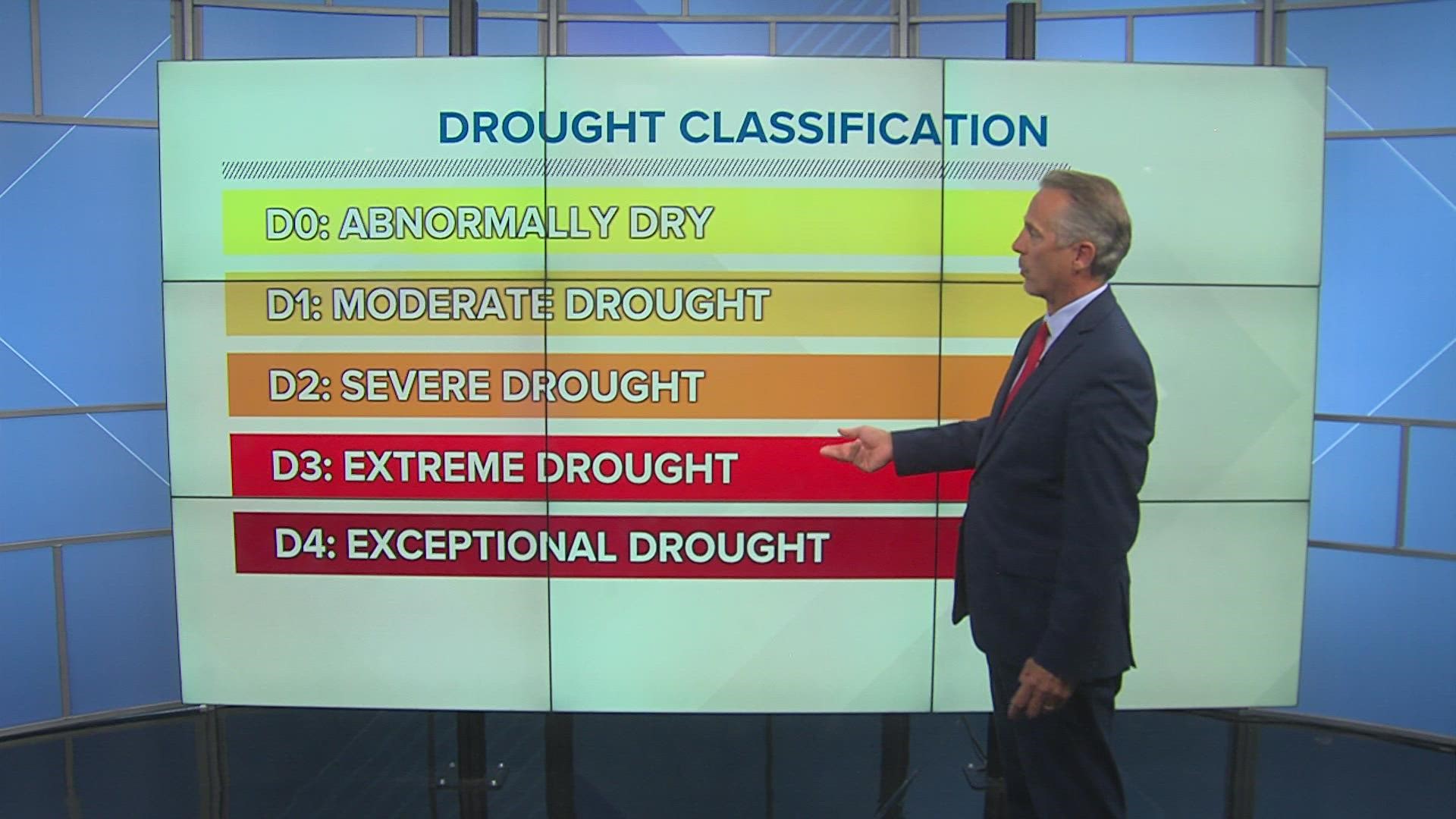 Droughts can cause agriculture losses, affect water supply and contribute to wildfire growth.

Recognizing drought before it intensifies gives the public and policymakers advanced notice to reduce impacts and save money.

Since its inception in 1999, the National Drought Mitigation Center has released the U.S. Drought Monitor map once a week.

A number of metrics such as observed precipitation, soil moisture, crop conditions and stream flows are all considered when determining which areas are experiencing drought.

The map uses five categories ranging from D0 to D4.

This category highlights areas that are not in drought, but rather may be going into or coming out of drought.

For areas going into drought, short-term dryness can slow planting and the growth of crops and pastures.

Locations climbing out of drought may still be experiencing some lingering water deficits. Crops and pastures may not be fully recovered yet either.

This is the lowest level of drought plotted on the map.

In moderate drought, some damage is observed in crops and pastures.

Streams, reservoirs or wells may run low on water, and water shortages may be developing or imminent.

Voluntary water-use restrictions may be requested by local governments.

Agriculture starts to take a major hit at this point. Crop and pasture losses are likely.

Water shortages are common, leading to some mandatory water restrictions.

This level of drought can create major socioeconomic impacts.

Major crop and pasture losses and water shortages can be expected.

At this point, agriculture is likely a complete loss.

Shortages to reservoirs, streams and wells are so low that they can lead to water emergencies.

RELATED: WEATHER LAB | How hot is it really during the Iowa State Fair?