WEATHER LAB | How does a dust devil form?

Unlike tornadoes, dust devils are typically small and pose little threat to cause damage. 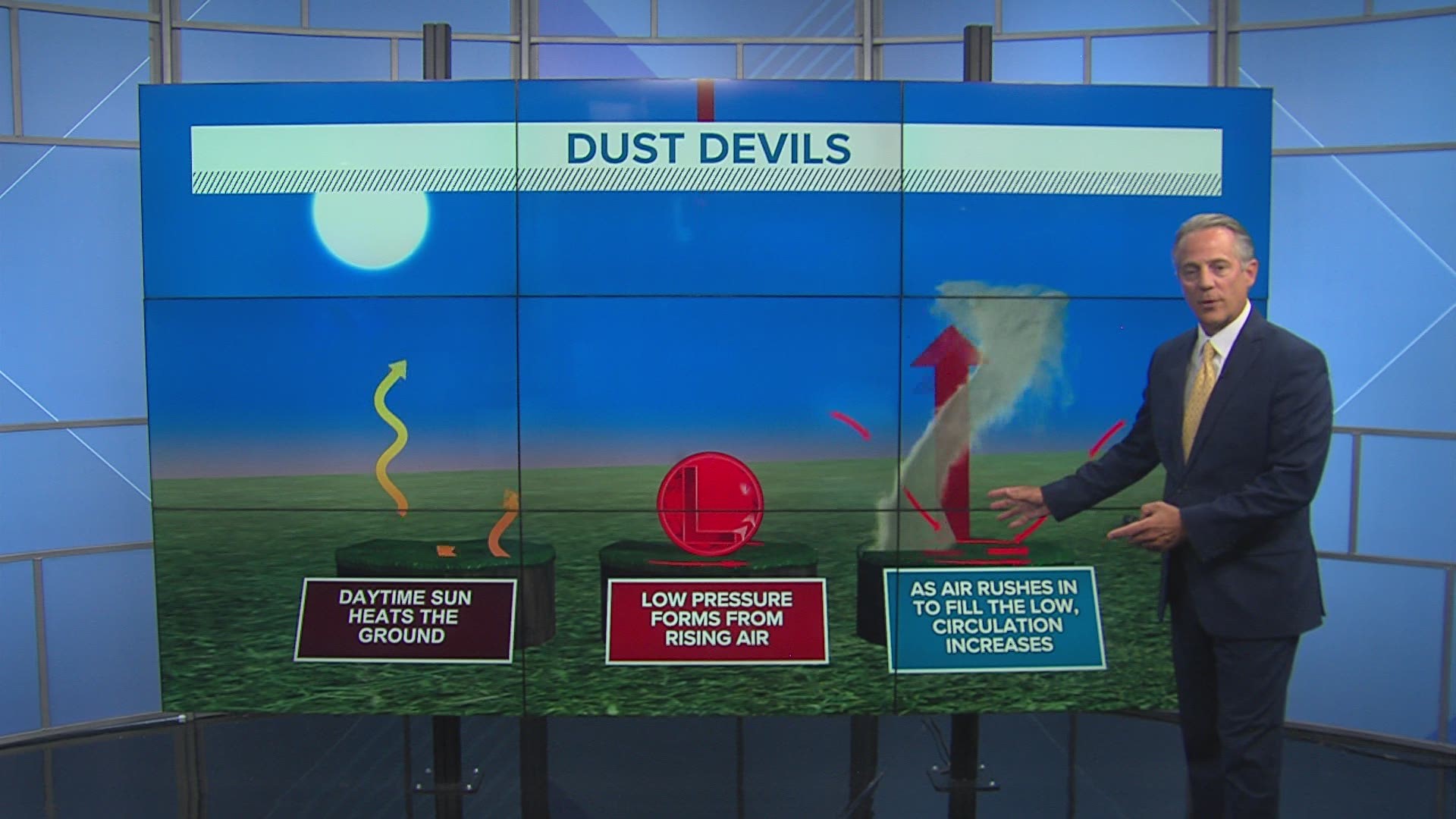 DES MOINES, Iowa — While not as intense or large as tornadoes, dust devils can be quite the sight to behold.

Dust devils are most likely to develop when skies are clear and winds are light.

In these conditions, ground temperatures can become much warmer than the air just above the surface. That creates an unstable environment which causes the surface air to rise.

When this happens in a localized area, low pressure develops at the surface below the rising air. Air at the ground rushes horizontally toward the low pressure and the circulation increases.

The higher the circulation stretches, the stronger it gets and the more dust it ingests.

This process is self-sustaining until the dust devil picks up cooler air.

Credit: Nathan Stier
A dust devil kicks up dust in a Johnston field on July 6, 2020

Dust devils are most common in arid climates like the desert southwest of the United States.

These whirlwinds are usually quite small with a height of less than 100 feet. The biggest dust devils can climb as high as 3,000 feet though.

Unlike tornadoes and landspouts, dust devils are not associated with thunderstorms.

Most dust devils are not powerful enough to cause damage, but the strongest can produce winds over 60 mph - equivalent to the winds in a severe thunderstorm.

Another dust devil caused damage equivalent to an EF-0 tornado at the Coconino County Fairgrounds in Arizona on September 14, 2000.

RELATED: At least 8 killed in 22-car pileup in Utah during sandstorm