Dew point and relative humidity both account for the air's moisture, but each serve different purposes for forecasters. 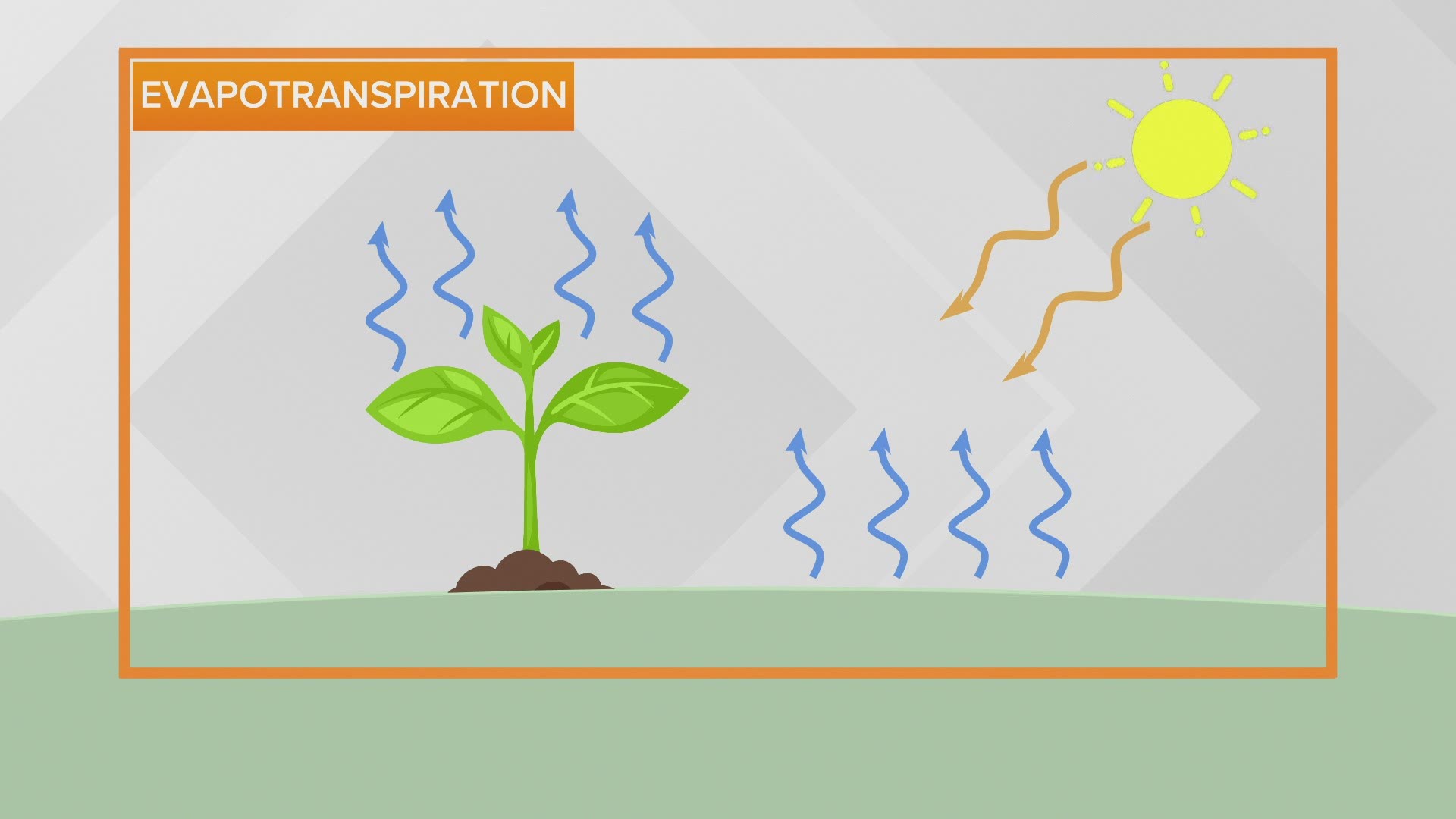 DES MOINES, Iowa — Have you ever looked at your weather app and seen a relative humidity reading at 100%, even if it isn't actually that humid outside?

The term relative humidity can get a little tricky, and meteorologists often steer clear of referencing the number.

Relative humidity tells us the percentage of water vapor in the air compared to the maximum amount of water vapor the air at that temperature could hold. This factor is based on both moisture content and the air temperature.

Meanwhile, dew point is the temperature the air needs to reach total saturation, or maximum water content. It is strictly a measurement of how much moisture is in the atmosphere at any given time.

When the temperature and dew point are equal, the relative humidity is 100%.

Although these figures may initially seem interchangeable, each one serves a unique purpose for atmospheric scientists.

Relative humidity can be useful in certain situations such as determining wildfire danger.

However, it is far better to look at dew point when determining how dry or humid it will feel outside on a particular day.

Let's say it is a summer day with a temperature of 90° and a dew point of 70°. Most would consider that uncomfortably warm and muggy. However, the relative humidity in this situation is only 51%, a somewhat deceiving number.

Another example: assume it is a chilly morning with a temperature and dew point both at 30°. This results in 100% humidity, but who has ever thought to themselves that it feels humid in weather that cold?

These two examples alone illustrate how relative humidity can be misleading, and why meteorologists rarely refer to it in weather broadcasts.

RELATED: WEATHER LAB | Why we sweat

So at what dew point does it start to feel uncomfortably humid? The answer here depends on the person, but you will typically start to notice when dew points are in the mid 60s. The air starts to get really soupy when dew points climb above 70°.

According to the National Weather Service, the world record for the highest dew point is 95°, set in Dhahran, Saudi Arabia on July 8, 2003.

The record for the United States is 90° set at a few locations: New Orleans, Louisiana, Melbourne, Florida and Appleton, Wisconsin.

Surprised to see Wisconsin on that list? The Upper Midwest is actually home to some of the highest dew points in the country every summer, in part due to a process called evapotranspiration, where moisture from crops evaporates and adds even more moisture to the air.

RELATED: WEATHER LAB | Why are sunrises and sunsets so colorful?