WEATHER LAB | The anatomy of a supercell

There are numerous aspects of a supercell that make it different from typical thunderstorms. 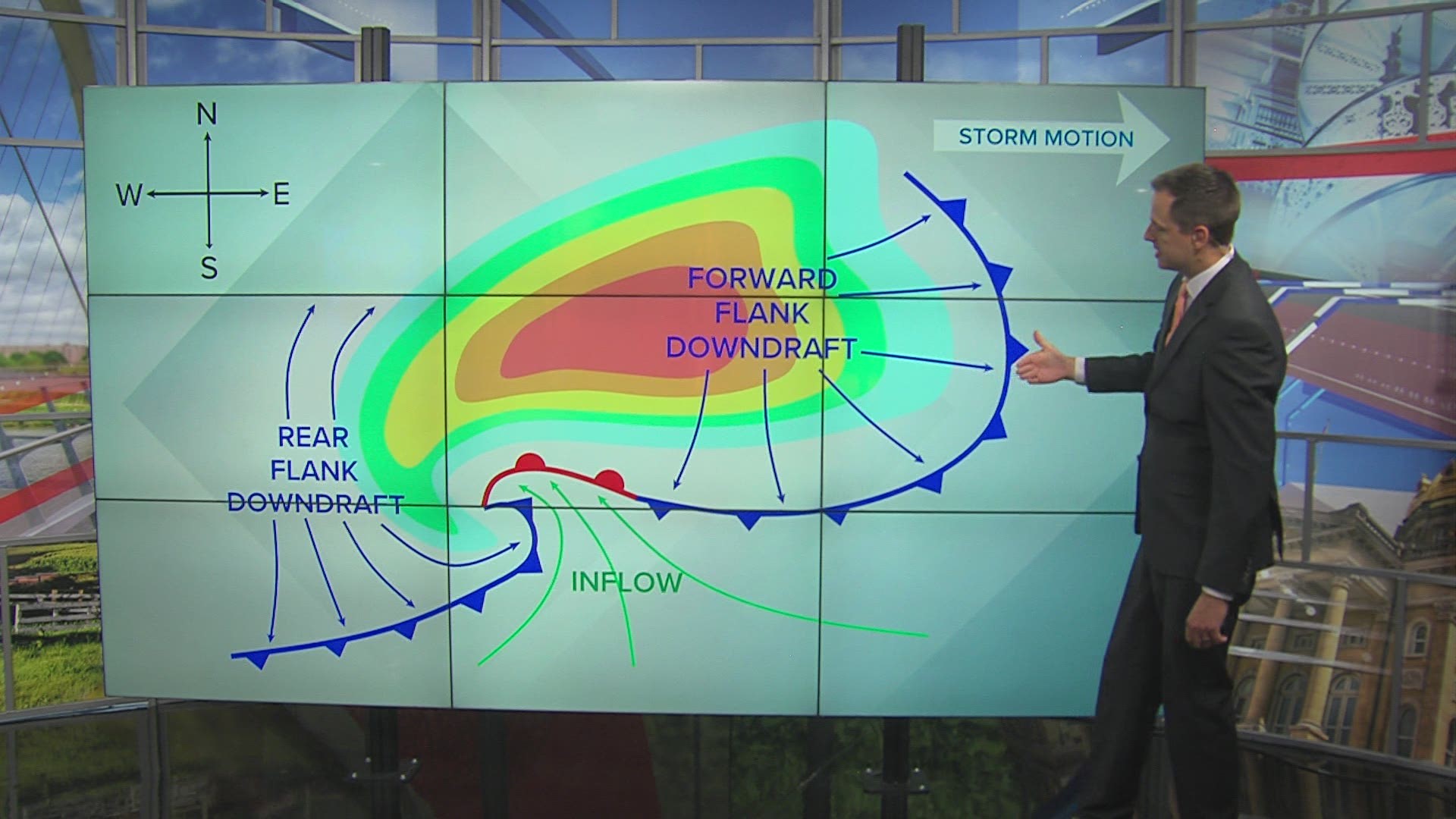 DES MOINES, Iowa — All thunderstorms should be taken seriously, but some deserve more attention than others.

On the thunderstorm spectrum, supercells are the least common, but most likely to produce severe weather.

There are numerous mechanisms within a supercell that make it different from typical thunderstorms.

By definition, a supercell is a thunderstorm that contains a rotating updraft known as a mesocyclone.

Beneath the mesocyclone is where you will find the wall cloud and tornado.

The mesocyclone will persist as long as it is continuously fed warm, moist air from the surface.

The forward flank downdraft is essentially located near the storm's heaviest precipitation.

Rain creates an area of cool air that flows outward ahead of the storm. The leading edge of this cool air is where the shelf cloud forms.

Credit: Betty Archibald
The shelf cloud of a supercell which dropped hail as large as ping pong balls in the Des Moines metro on June 22, 2021

Rear flank downdrafts are one of the key ingredients to tornado formation.

Above is an example of what a supercell looks like on radar.

The rear flank downdraft wrapping around the mesocyclone creates the hook echo that we often see with tornadic storms.

The forward flank downdraft fans out ahead of the core of heavy rain and hail.

Supercell thunderstorms are best known for their various components, like a cumulonimbus cloud, an anvil, and a flanking line.

The main part of a supercell is the towering cumulonimbus cloud.

A cumulonimbus cloud stops growing vertically once it reaches the equilibrium level - the point in the atmosphere when the rising parcel of air reaches the same temperature as the surrounding environment.

An anvil forms when the cumulonimbus cloud fans out along that equilibrium level.

In the lower levels of the atmosphere, the flanking line is a row of cumulus clouds found on the back side of the supercell.

The shelf cloud can be found in front of the storm and typically coincides with gusts of cool air.

The wall cloud is a lowering found below the base of the supercell. When wall clouds rotate, they may create a tornado.