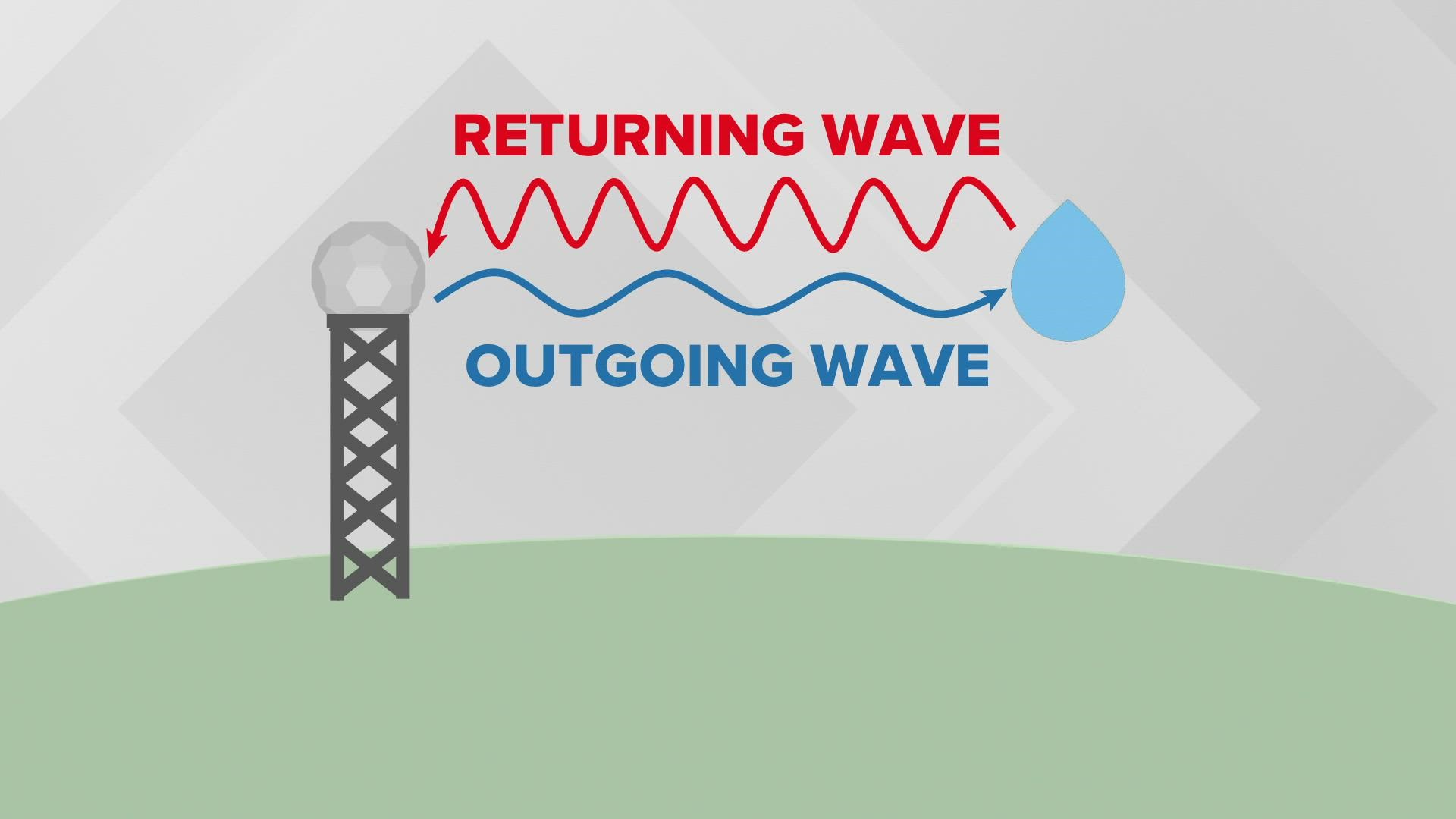 DES MOINES, Iowa — From rain to snow to tornadoes, doppler radar is arguably the most important tool used by meteorologists to track the weather.

So how does it work?

The radar's antenna emits a radio wave. Once the wave hits an object (usually precipitation), the energy scatters in all directions including back to the radar.

The bigger the object, the greater the amount of energy that returns to the radar. That reveals the intensity of the precipitation.

The time it takes the pulse to strike an object and return to the radar determines where it is located.

Once the object's intensity and location are determined, it can be plotted on a map.

What makes it a doppler radar is its ability to determine the direction the object is moving.

This is done by tracking the radio wave's phase (its shape, position and form).

Measuring the change in phase from when the pulse is sent out to when it returns tells the radar whether the object is moving toward or away from the radar.

It also determines how quickly the object is moving. This information helps meteorologists track straight-line wind speeds in severe thunderstorms or rotation in supercells that could lead to tornadoes.

In recent years, National Weather Service doppler radars have been upgraded to include dual-polarization.

Dual-pol radars transmit and receive pulses in both a horizontal and vertical orientation.

The radio wave frequencies provide the horizontal and vertical dimensions of the objects they strike.

There are several benefits to dual-pol radars:

National Weather Service doppler radar scans the sky at multiple angles to determine the location and intensity of precipitation at different levels of the atmosphere.

Typically, radar completes this volumetric scan every 4 to 6 minutes.

The curvature of the earth limits the effectiveness of radar from a weather perspective. The farther the pulse travels, the higher in the sky it scans.

Doppler radar can detect most precipitation within about 100 miles of its location.

This is why there are 159 National Weather Service radars strategically located across the United States. Even then, there are still pockets of the country located in radar holes.

Doppler radar pulses have an average power of 450,000 watts. A typical home microwave emits about 1,000 watts.

Each pulse is extremely quick though. The total accumulated time the radar is transmitting is only 7 seconds per hour.

RELATED: WEATHER LAB | How hot is it really during the Iowa State Fair?

RELATED: WEATHER LAB | How does a dust devil form?