Several factors need to be considered when forecasting severe weather. 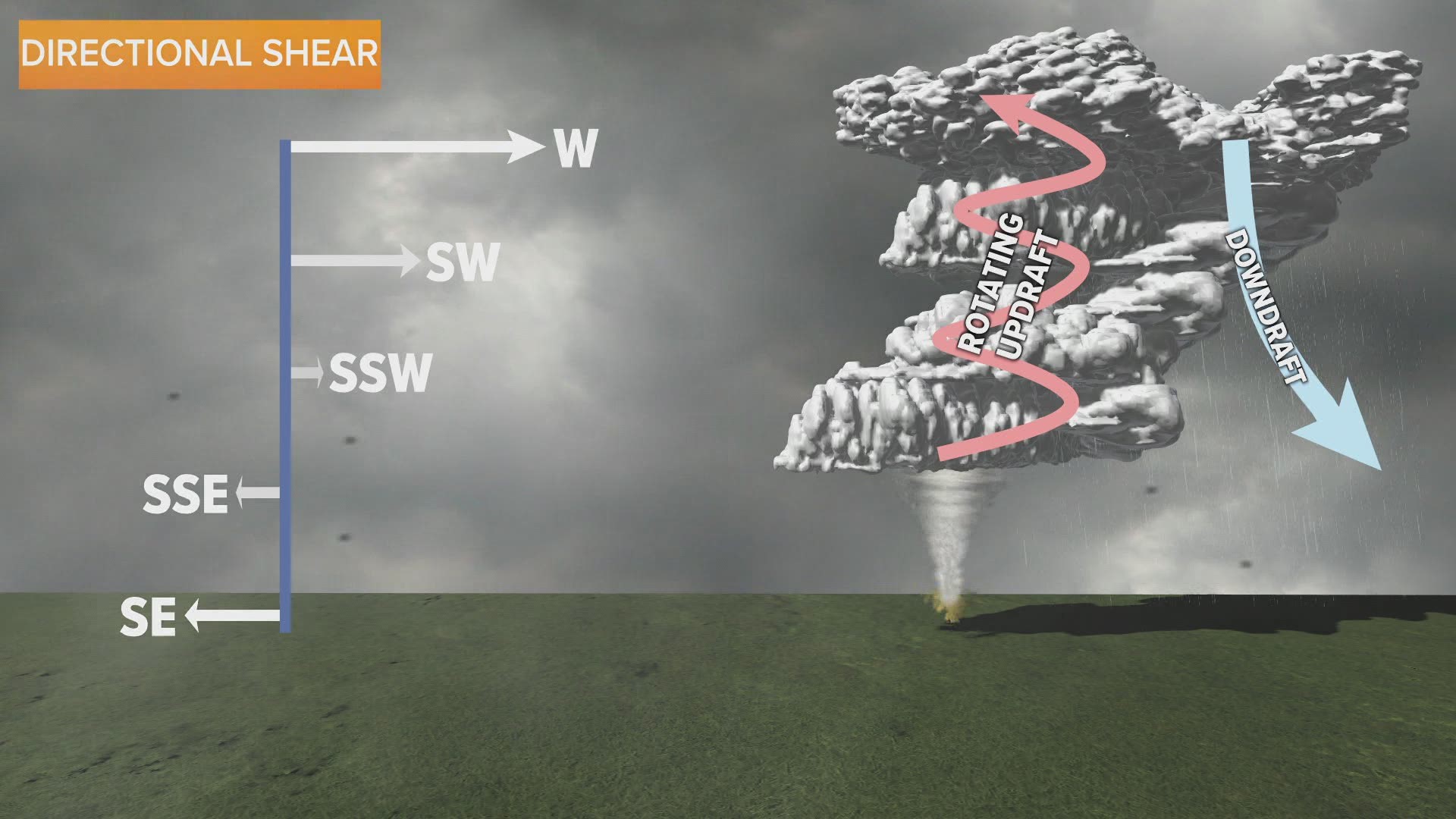 DES MOINES, Iowa — There are about 100,000 thunderstorms in the United States every year, but only 10% of those reach severe levels - producing 1" or greater hail, 58 mph or greater wind, or a tornado.

Why is that? Severe thunderstorms have specific ingredients that make them more powerful than run-of-the-mill thunderstorms.

Instability is a measurement of the air's buoyancy. The higher the instability, the faster a parcel of air will rise.

In highly unstable environments, thunderstorms can rapidly develop and produce severe weather. Instability is usually highest in the summer months.

Not all high-instability environments produce storms though. Often times, especially in the summer, a warm layer of air above the surface known as a capping inversion (or a cap) will prevent storms from forming at all.

While a lack of moisture near the ground limits the severe threat, dry air higher up in the atmosphere actually increase the severe threat. This is common in the Great Plains when Gulf of Mexico moisture at the surface interacts with dry air from the Rockies aloft.

Wind shear is a change of wind speed and/or direction with height.

Strong speed shear will help tilt a thunderstorm. This keeps the updraft and downdraft in separate regions - a sign of a mature thunderstorm.

Lift describes any mechanism that forces air to rise. These can range from frontal lift along a cold front to orographic lift up a mountain to convective lift caused by daytime heating to create harmless cumulus clouds.

Remember the cap mentioned earlier? An environment could have extreme instability, high moisture, and strong wind shear, but if you don't have the lift to break the cap then no thunderstorms will develop at all.