Microbursts are challenging to predict because it depends on exactly how dry air influences an ongoing thunderstorm. 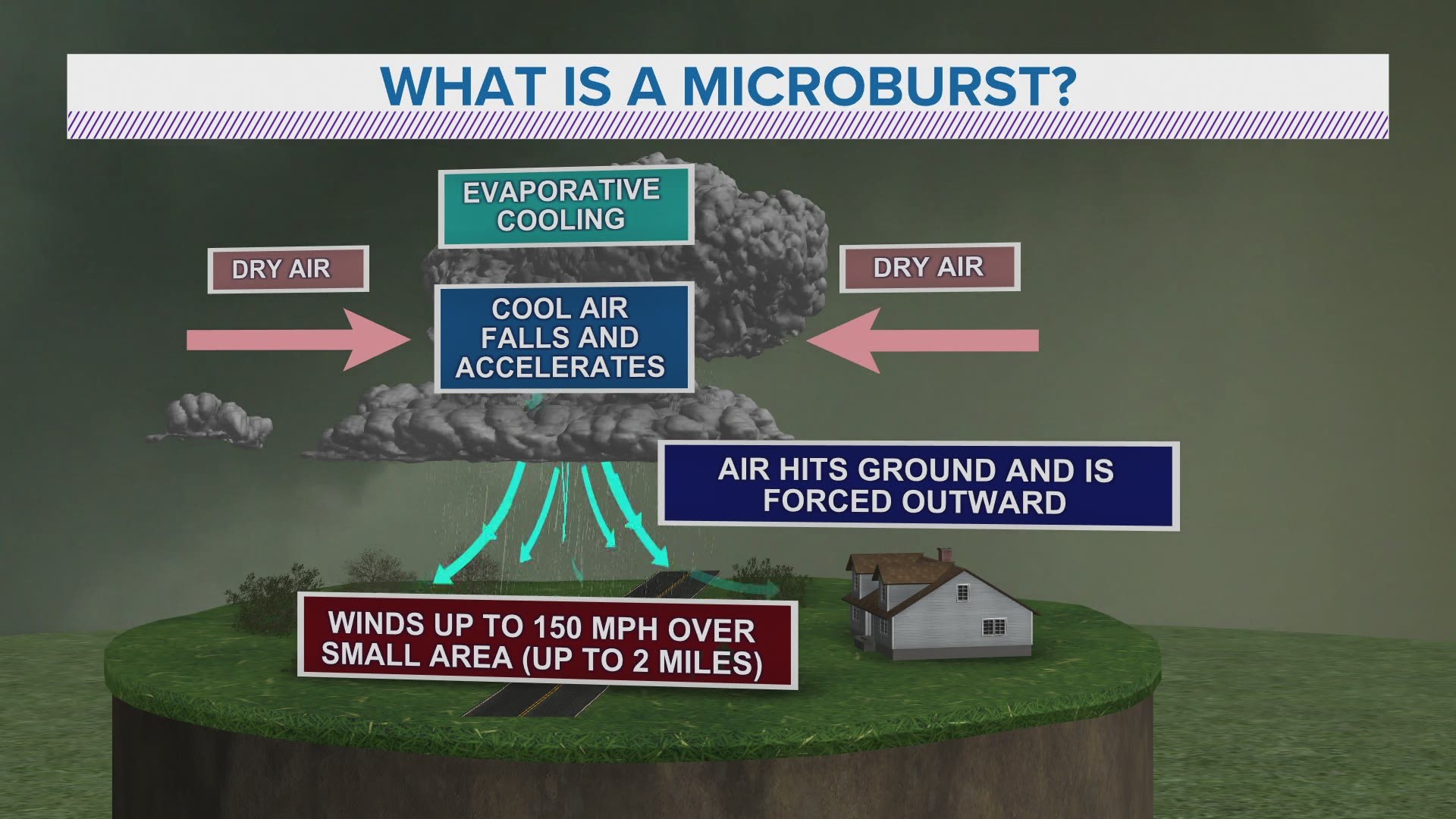 Although these are the most widely known and discussed, other events can happen when severe storms threaten an area.

For instance, a derecho occurred on August 10, 2020 for much of the state of Iowa.

Damage related to a thunderstorm can also be a result of a microburst, which is defined as an outward burst of strong winds at or near the surface of the ground.

This burst of winds comes from an overhead thunderstorm, and normally happens in a small, concentrated area that's less than two miles wide.

With a microburst, wind speeds can occasionally exceed 100 miles per hour!

Microbursts happen when dry air begins to mix in with the ongoing precipitation in a thunderstorm, forcing droplets in the cloud to evaporate.

This evaporation causes a rapid drop in temperature, commonly referred to as evaporative cooling.

Eventually this cool air sinks and begins to gain momentum as even more dry air mixes in, ultimately creating a speeding column of air.

A sudden rush of wind then hits the ground and fans out from the base of the thunderstorm, often resulting in severe damage to areas within close proximity to the thunderstorm.

Back on Independence Day 2019, a microburst caused substantial home damage in the small northwest Iowa town of Rock Valley.

The microburst happened in the middle of the night while people in the area were sleeping.

It produced wind gusts of roughly 80 miles per hour over a very short period of time.

Unfortunately, microbursts are challenging to predict because it depends on how much dry air exists higher up in the atmosphere, and on how the dry air interacts with a thunderstorm.

It's just another reminder that any thunderstorm, even on a seemingly non-severe day, can spell trouble at the surface if it's influenced by some other force in the atmosphere.