Developing system could bring up to 8" of snow to some parts of the Des Moines metro. 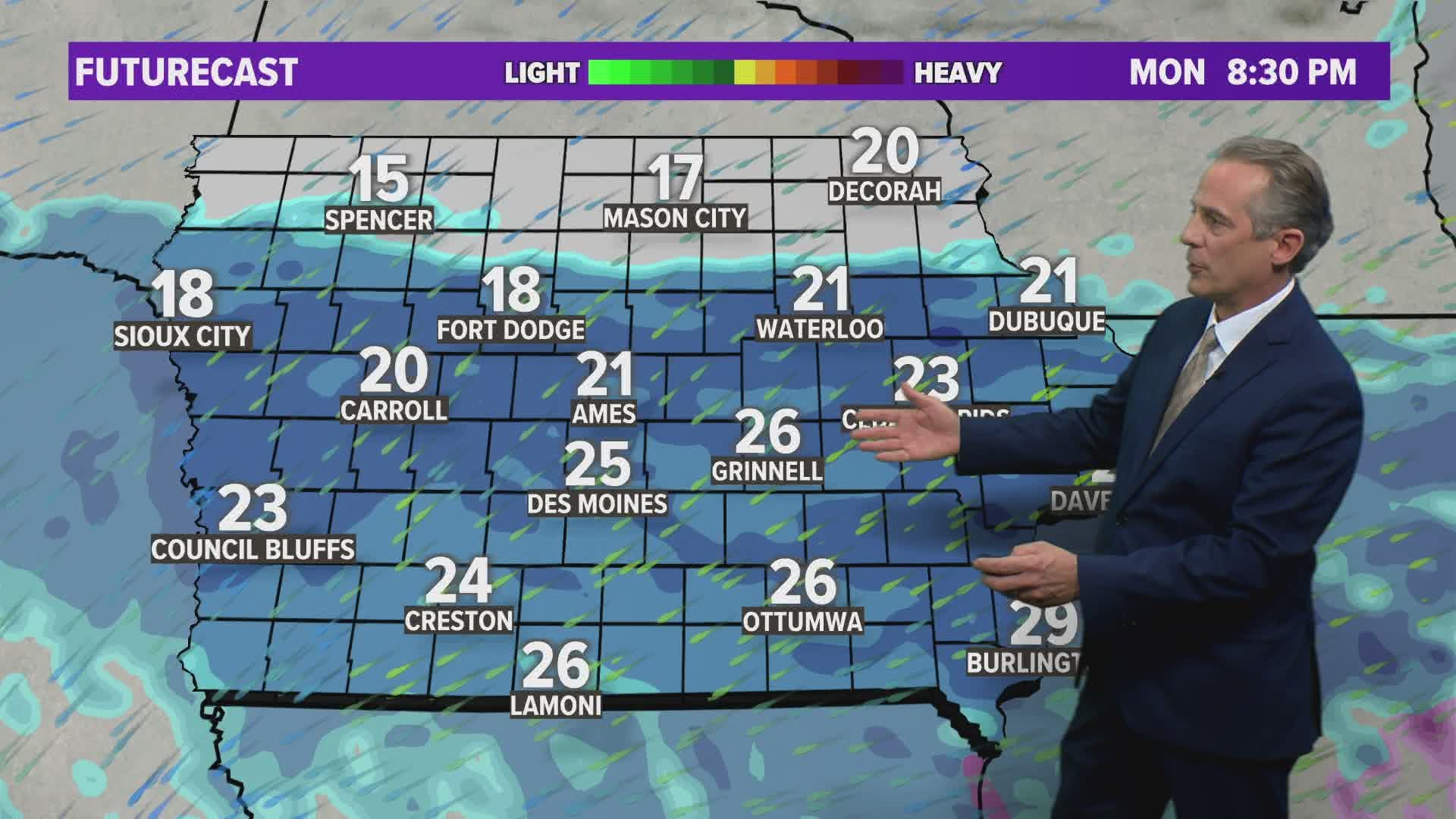 DES MOINES, Iowa — Several metro communities have activated snow ordinances in advance of a predicted 4- to 8-inches of snow hitting the central Iowa on Monday.

Many cities have issued parking bans or snow ordinances to make sure residents move their vehicles from city streets.

Local 5 will update this story as we receive additional information.

AMES: The City of Ames Snow Ordinance will go into effect at noon on Monday, January 25, 2021. Snow routes are marked by red and white signs. Vehicles must be moved to off-street parking or to streets that are not designated snow routes. It is important to remember the Snow Ordinance remains in effect until the streets are completely plowed from curb to curb, AND it has stopped snowing.

ANKENY: The City of Ankeny has declared a snow ordinance effective Monday, Jan. 25 at noon until Wednesday, Jan. 27 at noon.

INDIANOLA: Street and alley parking is prohibited when . Such ban is in effect when 2 or more inches of snow or ice has fallen or is predicted by the National Weather Service. This ordinance remains in effect for 48 hours after the snow has stopped falling or until the streets are clear.

JOHNSTON:  The City of Johnston's Snow Ordinance will go into effect at noon (12:00 p.m.) on Monday, Jan. 25, and remain in effect until 5:00 p.m. on Tuesday, Jan, 26. All vehicles must be moved off city streets during this time so snowplows can efficiently clear roads from curb to curb.

NORWALK: The City of Norwalk is declaring that the City Snow Ordinance will go into effect for the city of Norwalk at 11 AM, Monday, January 25, 2021. All vehicles must be removed from public streets to avoid ticketing and towing. The snow ordinance will stay in effect until further notice and applies to all streets in Norwalk.

WAUKEE: The City of Waukee is declaring that a Snow Emergency Parking Ban will go into effect in Waukee on Monday, Jan. 25 at 12 p.m. This parking ban will remain in effect through Wednesday, Jan. 27 at 12 p.m. Per Waukee Municipal Code §502.17, vehicles in violation of the parking ban are subject to a $25 fine and/or towing.

WEST DES MOINES SCHOOLS: The West Des Moines School board plans to meet virtually on Monday due to concerns over weather. The meeting can be heard by the public on Zoom.