BEYOND LIVE: AHeinz57 pup "ENZO" will appear in the 2021 Puppy Bowl on Animal Planet Sunday makes a BIG GAME pick for IOWA LIVE...3 times. Seems he has a favorite! 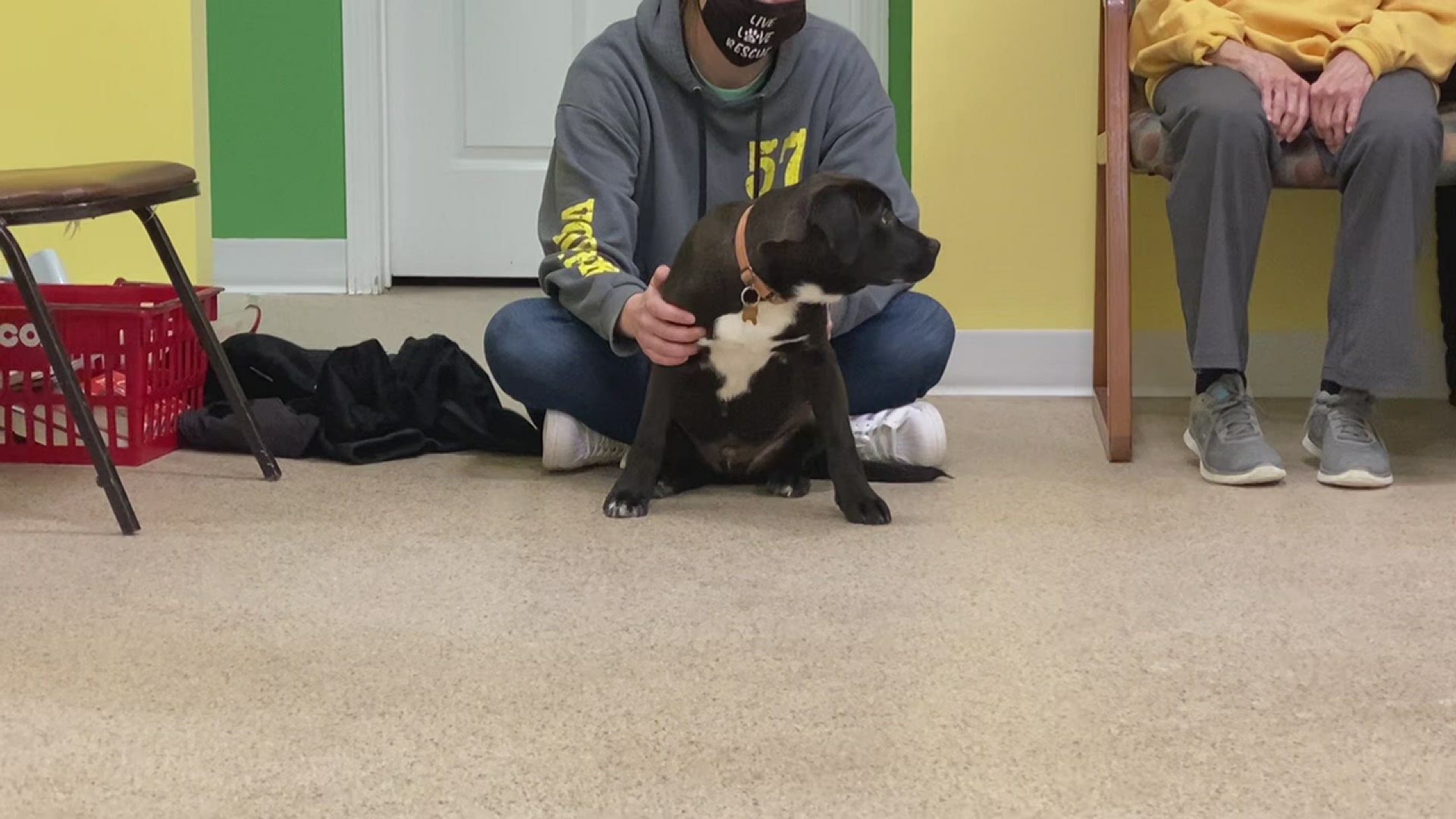 ANHEINZ57 Pet Rescue and Transport has been part of Animal Planet's Puppy Bowl for the past 9 years...and every year they have brought pups to be on Iowa Live and make BIG GAME PREDICTIONS. This year, things had to change thing up at the game because of Covid (as seen earlier this week on interview with Amy Heinz) and puppies from out of state were limited and restrictions were in place for safety.  But, ENZO will be featured in special ADOPTABLE NOW segment airing on Sunday!  Although he has grown up since the game was filmed...he WILL BE UP FOR ADOPTION during the game!  Here are ENZO'S STATS before he makes his picks for you! Info is from our friends at Discovery+/Animal Planet:

BREED: Beagle/Labrador Mix
SEX: Male
AGE: 18 weeks
SHELTER: AHeinz57 Pet Rescue & Transport in De Soto, Iowa
HISTORY: "Enzo and his siblings were found living alone in an abandoned house in Antlers, Oklahoma. They were taken to a shelter in Oklahoma who reached out to AHeinz57 Pet Rescue & Transport on their behalf. They were then transported to Iowa."

EZNO is being called to the selection board by Founder/Director of AHEINZ57 Pet Rescue & Transport's Amy Heinz...Enzo's first pick is the OFFICIAL selection...They just did it two more times to make sure he didn't change his mind...The puppies making these selections are surprisingly accurate!