The Iowa Almanac with Professor Jeff Stein (1540-KXEL radio) tells the story of a Civil War Battle that took place near Bloomfield, IA on this day, October 12, 1864 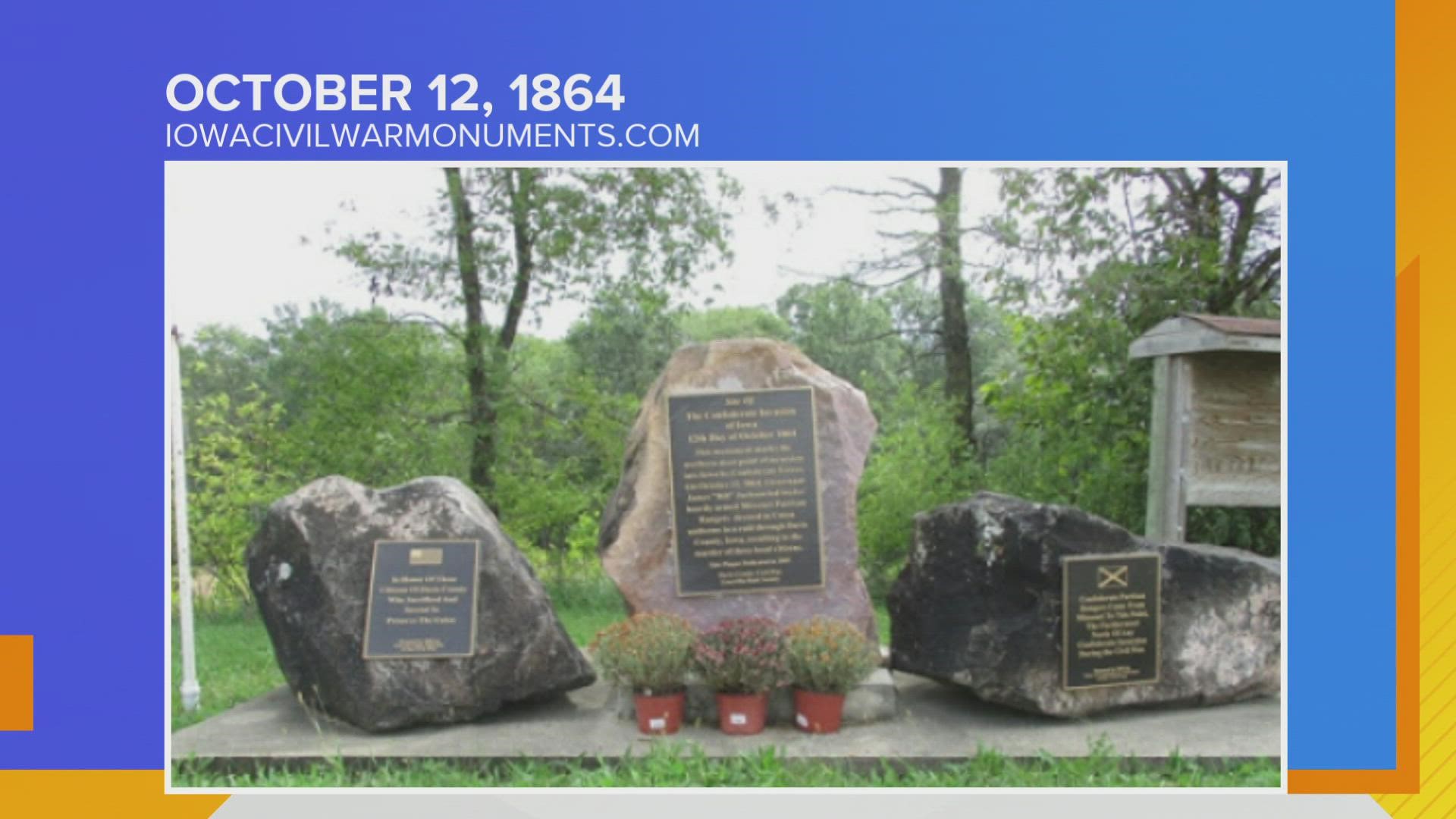 The Iowa Almanac with Professor Jeff Stein remembers significant events that occur each day in Iowa History. Today, October 12, 1864 marks the day a battle took place in IOWA during the Civil War! Just north of the Missouri border, near Bloomfield, Confederate forces led by Lieutenant Bill Jackson made their way into Iowa. Jackson led a dozen heavily armed Missouri Partisan Rangers dressed in Union uniforms in a raid through Davis County. It led to the murder of three Iowa citizens. Professor Stein tells the story in detail with some photos of markers that are in place marking the significance of the conflict that was the furthest north of any battle during the Civil War. www.iowaalmanac.com