The ARL says all four of the dogs were under distress with elevated body temperatures before they recovered. 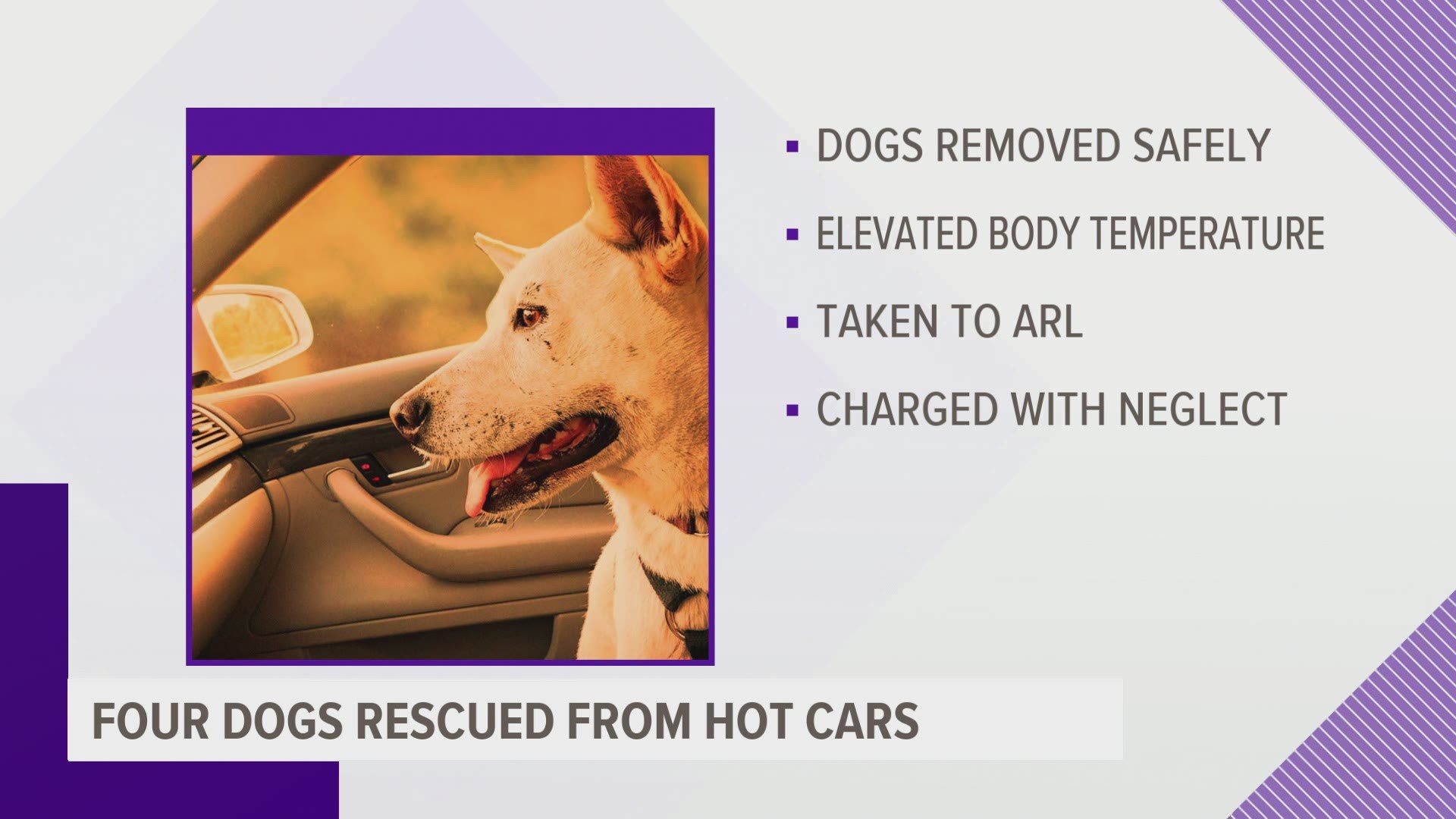 DES MOINES, Iowa — Over the weekend, officials responded to two separate calls of dogs being locked in cars in Des Moines, according to the Animal Rescue League of Iowa.

One of the calls came from Blank Park Zoo on Saturday, where a zoo customer had left two dogs in their car in the parking lot.

ARL animal service officers and Des Moines Police Department officers helped to safely remove the dogs from the car after breaking the back window. The inside of the vehicle had reached 109° Fahrenheit.

In the end, all four dogs "were under distress with elevated body temperatures," according to the ARL. All dogs received care from the ARL and were able to recover back to safe body temperatures.

Both owners of the dogs, who were not named by the ARL, received two counts of animal neglect.

The ARL wants folks to remember to leave their pets at home if it is above 70° Fahrenheit outside. On an 80° day, the temperature inside of a hot car can reach 100° in a matter of minutes, even with a window cracked open.

Those who see a pet or child alone in a car are encouraged to call authorities as it could help save a life. In Des Moines, the best place to call is the Des Moines Police Department dispatch at 515-283-4811.