Connecting through food: B and V African Food Market

"That's my way of connecting": B and V African Food Market owner Benjamin Dean explains what his store brings to Des Moines. 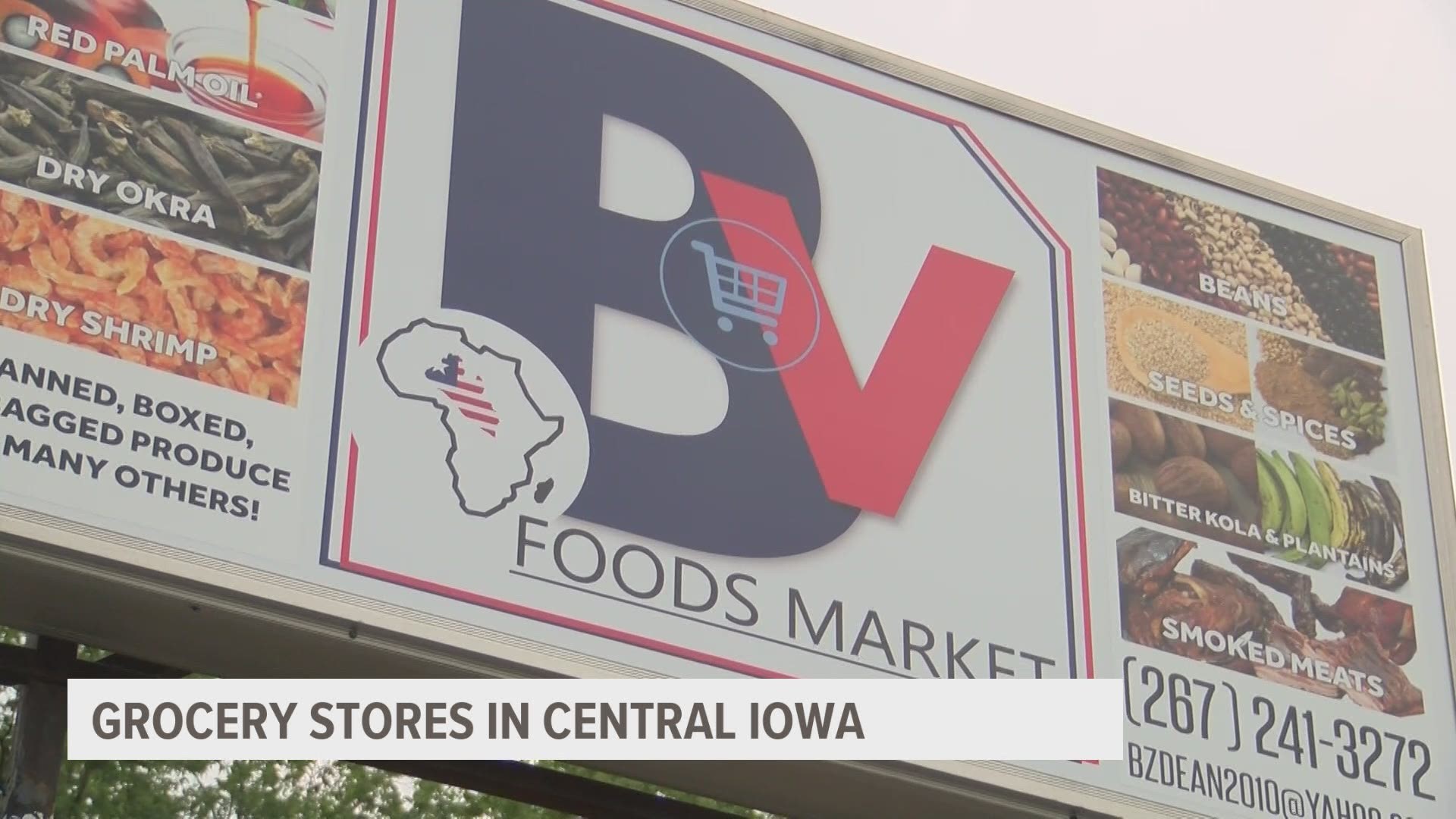 DES MOINES, Iowa — Over the next week, Local 5 will be profiling different ethnic grocery stores in central Iowa.

First up? B and V African Food Market in Des Moines.

He said when customers walk into his store, he treats them like they are a part of the community he comes from.

"That's my way of connecting with people because if they can understand you, they can easily have a smooth transaction with you," Dean said.

Dean came to Des Moines from Massachusetts, but he was born in Liberia. He moved to the U.S. in 2003 because of a war.

He opened the store because the area's African community was smaller than he expected and didn't have what he needed.

"When I got here, there were few African stores," Dean said. "So it was very hard to, if you wanted to cook, and so I told myself one day I think I need to open a store here."

Dean said people who are unfamiliar with West African food should try cassava leaves and palm oil, which can be boiled together to make a soup. Palm oil or palm butter can also be used in place of other oils in recipes.

He said rice is another African staple—and B and V carries a lot of it.

Dean said stores likes his are important to Des Moines because they make immigrants feel like they belong.

"I can get food from Walmart when I'm hungry, but it will never satisfy me," Dean said.  "The food from the African store the food from Africa, when I eat or an African man eats, it feels like he has eaten."