All children were under the age of five, according to the Iowa Department of Public Health. 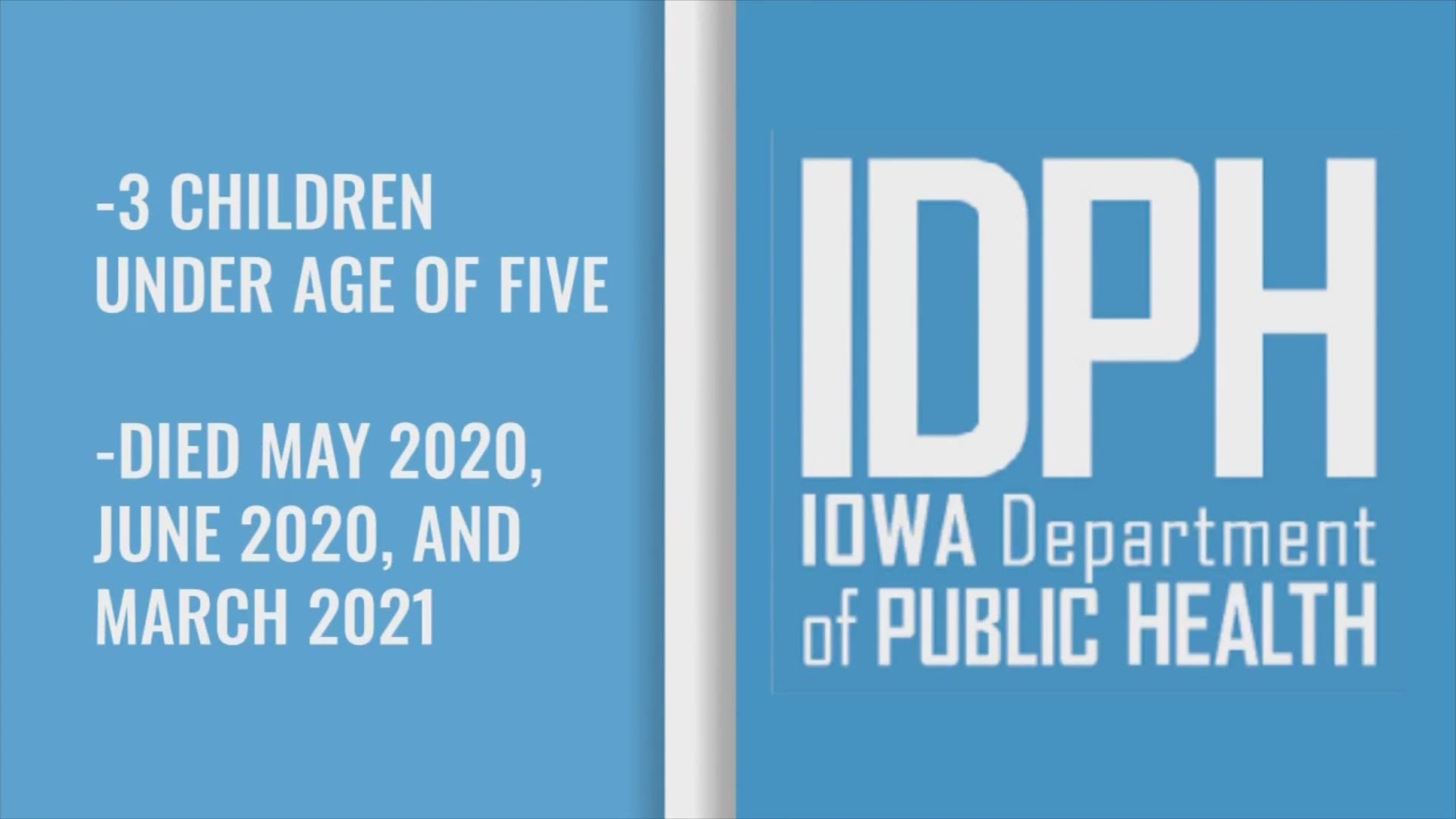 IOWA, USA — Shortly after officials with the Iowa Department of Public Health confirmed the second child death from COVID-19, they informed Local 5 three children have actually died from the novel coronavirus in total.

The deaths occurred in children under the age of five in May 2020, June 2020 and March 2021, according to Sarah Eckstrand with the IDPH.

This means the first child death from COVID-19 actually happened a year ago. The IDPH did not specify if this child had any underlying conditions.

The two other children did have severe underlying conditions at the time of their death, the IDPH confirmed.

The IDPH reported in August that the first death occurred in June 2020 after completing an investigation into the child's death.

Back in August, then-IDPH spokeswoman Amy McCoy told Local 5 there "is a broad range of complexity and length of time it takes to finalize a [death] report, both in infant/child cases and adult cases."

In 2019, the average time to report an infant death with similar types of testing took 60 days, according to McCoy.

"By comparison, an adult who died of blunt force injuries in a motor vehicle (cases that would not require these additional testing) averaged 31 days in 2019," she explained.

McCoy said it takes about 10 days after someone dies to report the death to the National Center for Health Statistics (NCHS). Deaths are reported by either healthcare workers, medical examiners or by looking at death certificates.

RELATED: Why does it take so long to report COVID-19 deaths in Iowa?

As of Thursday afternoon, the death dashboard on the state's COVID-19 website reports:

According to the American Academy on Pediatrics, over 3.78 million children have tested positive for coronavirus since the pandemic began.

AAP also reported, as of April 29, children made up 0.00%-0.21% of all coronavirus deaths. Ten states reported zero child deaths.

The Centers for Disease Control and Prevention noted in a report on Jan. 2021 "children and adolescents have had lower incidence and fewer severe COVID-19 outcomes than adults."

RELATED: Des Moines doctor reacts to drop in vaccine demand: 'It's not totally shocking but it's disappointing'