The Iowa Department of Public Health performed fewer STI tests in 2020, but gonorrhea increased 30% and syphilis increased 53% over 2019 rates. 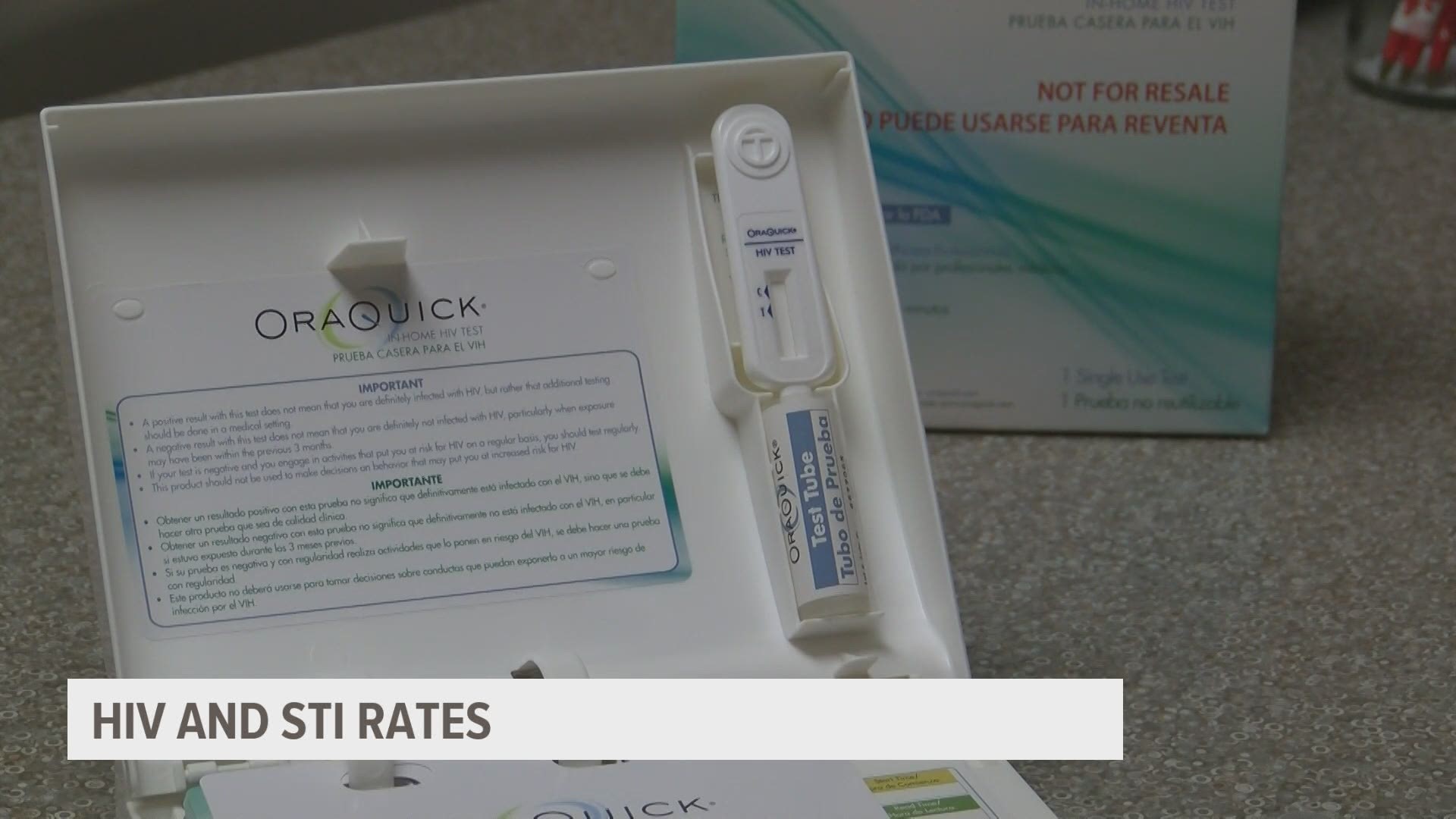 DES MOINES, Iowa — Because of the pandemic, many local health departments had to shift their focus in 2020 from testing and treatments for HIV and sexually transmitted diseases and infections to COVID-19.

One of those places was The Project of Primary Health Care.

"We had to reduce the number of tests that we could do per day, just so that we could prescreen and talk to and temperature check everybody," Prevention Servicse Manager John Shaw said.

But less testing did not equate to fewer diagnoses of new cases.

Less testing but finding new cases was the same for the Iowa Department of Public Health's HIV and STI testing sites.

From 2019 to 2020, IDPH sites tested 54% fewer people according to Biz McChesney, the HIV and Hepatitis Prevention Program Manager.

Though both PHC and IDPH tested fewer people and saw an increase in their diagnoses of new cases, the number of newly infected people with HIV stayed the same for 2020 as it did in 2019.

That number was 98 people.

Even though HIV rates may have stayed the same from 2019 to 2020, STIs like gonorrhea and syphilis are increasing, which health officials find concerning.

Less STI tests were performed in 2020 than in 2019, but from the tests they did perform, gonorrhea increased 30% and syphilis increased 53%.

"I am very certain that once testing truly rebounds we have not begun to see the increases," IDPH STD Program Manager George Walton said. "I hate to say it but I really think it's going to balloon once people finally go in and start getting their tests again."

To help make sure people still had access to testing, specifically HIV testing, PHC partnered with IDPH to send rapid HIV tests to those who wanted to know their status.

"That was important to us because we could see that there were new barriers in place that were preventing people from coming to get HIV tests," Shaw said.

Both PHC and IDPH and said it's important for people to know their status and practice safe sex.

RELATED: Managing the HIV epidemic amid the COVID-19 pandemic