MONTEZUMA — The man accused of killing 20-year-old University of Iowa student Mollie Tibbetts may have his trial delayed. The 24-year-old Rivera is charged with... 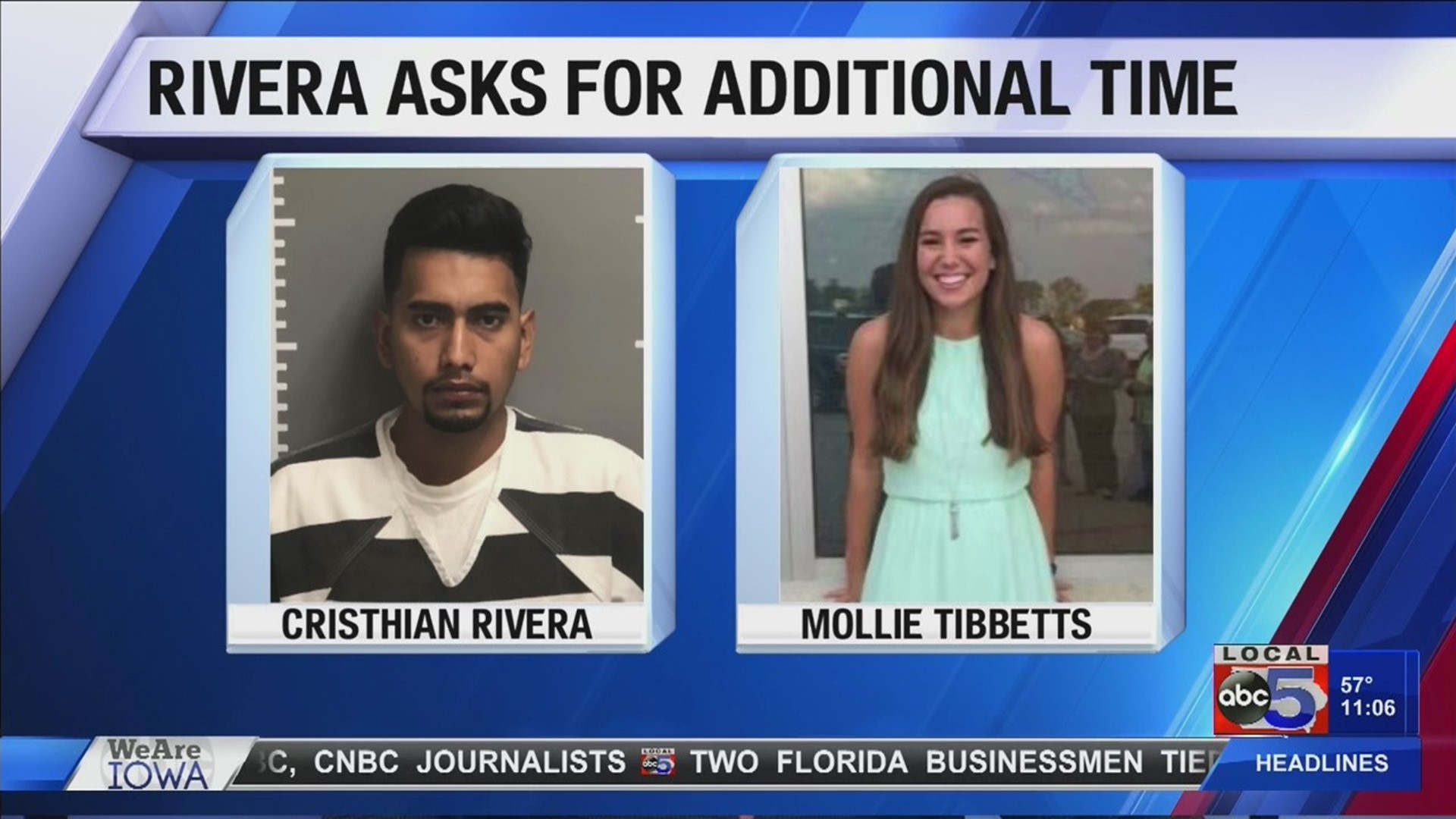 MONTEZUMA — The man accused of killing 20-year-old University of Iowa student Mollie Tibbetts may have his trial delayed.

The 24-year-old Rivera is charged with Murder in the First Degree after Tibbetts was found in an Iowa cornfield in August 2018, one month after she disappeared while running. His attorneys have filed a motion to continue his trial scheduled for November 12.

Rivera allegedly told police he followed Tibbetts in his car while she was jogging in town, then got out and started running beside her. According to a criminal complaint, Rivera confessed to police that he blacked out and that, sometime after, he remembered Tibbetts’ body was in his car. Rivera then allegedly told police that he hauled Tibbetts’ body into a cornfield and covered it with stalks.

“On October 4, 2019, counsel for the State disclosed to counsel for the Defendant the findings from the State of Iowa criminalistics laboratory following its forensic examination on this evidence,” Rivera’s attorneys write. “The results of this forensic testing are critical to the defense of Mr. Bahena Rivera.”

With a November trial date in Woodbury County looming, attorneys Chad and Jennifer Frese write that “expert witnesses have advised that they cannot be prepared to review the reports and evidence and offer an opinion in time for the trial as presently set.”

In a filed response, prosecutors state they do not resist the motion for continuance.

Rivera will be back in court later this month for a two-day hearing as to whether or not conversations with law enforcement violated his Constitutional rights.