He said it was his decision to make good trouble. 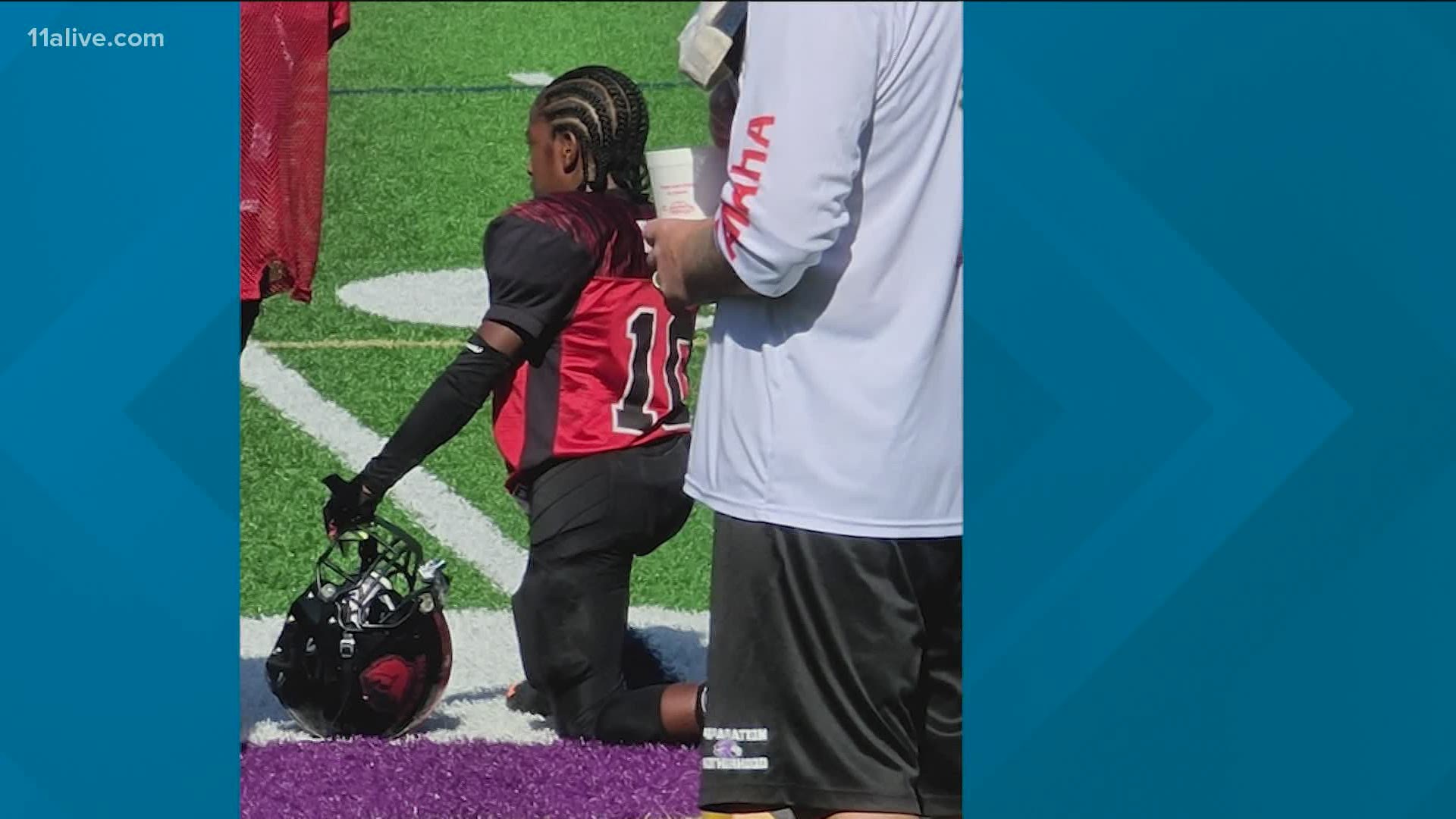 ATLANTA — At a little league football game in metro Atlanta, an 11-year-old player felt inspired by the nationwide protests and the Black Lives Matter movement right before a recent game.

Elijah, a straight-A student and attends Woodward Academy, decided to make a bold statement on the football field this past Saturday by taking a knee during the national anthem. He said it was his decision to make good trouble.

“I’ve been thinking about it for a good while now. Actually, since the protests,” he said.

Elijah loves football and has always worked hard to perfect his skill-set on the field. But recently, he’s been thinking about dreams beyond athleticism.

The 11-years-old told 11Alive that he has unfortunately already experienced racism in his life. Once he attended the Atlanta protests a few months ago, he felt inspired to make a difference.

“It was amazing. Just the experience of seeing all these people that want to stand up for our lives - especially different races,” he said.

“What was going through your mind at that very moment when you decided to take a knee?” 11Alive asked.

“A lot of things were going through my head,” he explained. “Will my team support me, or will they think of me differently once I go to practice?”

His mom and dad told me that Elijah’s courageous decision on the field is in response to the state of the nation, as this young generation tries to figure out how they’ll make an impact to continue the efforts of the movement.

“I just wanted to reassure him that he did nothing wrong. That it is important to voice his opinion, and not allow anyone to silence him, especially when he feels important about something,” Elijah's dad said.

Elijah said he’s looking forward to a career of leadership and community engagement.

“This will be a big stepping stone to help me with that," he said. "Whether it is taking a knee or posting things on social media, I just want to bring awareness to my community."