Tamin Lipsey, highly-touted Ames High School recruit, back on the court after recovery from torn ACL

Tamin Lipsey is considered one of the top Class of 2022 prospects. Now, he has to get back on the radar of teams after sitting out a year due to injury. 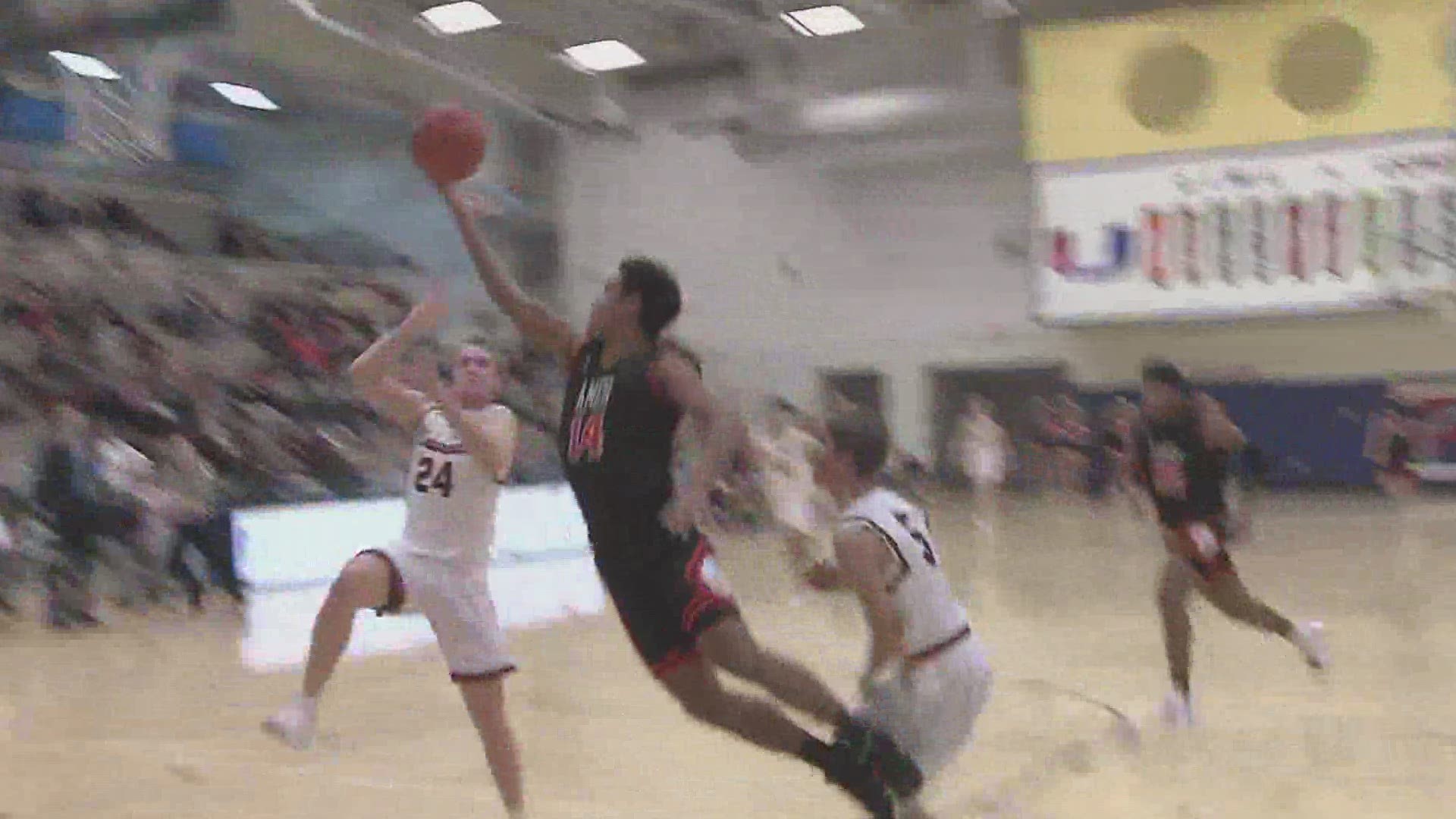 AMES, Iowa — Tamin Lipsey went into the summer of 2019 with a world of hype around him.

He was a top prospect in basketball playing with team USA U16. Then an injury happened and sidelined one of the state’s budding stars.

“I went up for a rebound, no contact just landed right, left and my left knee gave out.”

It happened at a summer tournament with Ames. Lipsey says he knew it wasn’t good.

“I knew it was probably the most painful injury that I’ve had. I was kind of devastated just because I haven’t really gotten hurt like that before.”

The injury was a full ACL tear in his left knee along with damage to his meniscus.

Tamin opted for a nine-month recovery forcing him to miss his entire sophomore season with Ames in both football and basketball.

“The late rehab stages when I felt like I could be playing, that was kind of frustrating. Just sitting out watching games and just trying to cheer my team on.”

Here we are about 12 months later, and Lipsey is getting back on the floor.

“It feels really good, feels strong," Lipsey said. "I don’t really notice it besides some aches and pains sometimes in the morning but I wear a brace when I play.”

He can shed that brace if he wants in the coming days but it may take a little time before he trusts that knee completely.

“Keep working on it, keep playing on it and then I just feel like slowly I’ll just start to forget about it and forget it even happened and it will be good by then.”

Tamin does, after all, have plenty to prove to colleges.

“I feel like I just have to show them that I have lost it.”

Which has been tough with COVID-19 limiting tournaments.

As a recruit near the Top-100 in the nation, he has three offers right now: Iowa State, Nebraska and Minnesota.

But Tamin still has a lot of time left, and he’s looking forward to what the future holds as he is back at 100% healthy.

Tamin says he will also play football this fall for Ames if there is a season. It will likely be his last year of football so he can focus on basketball.