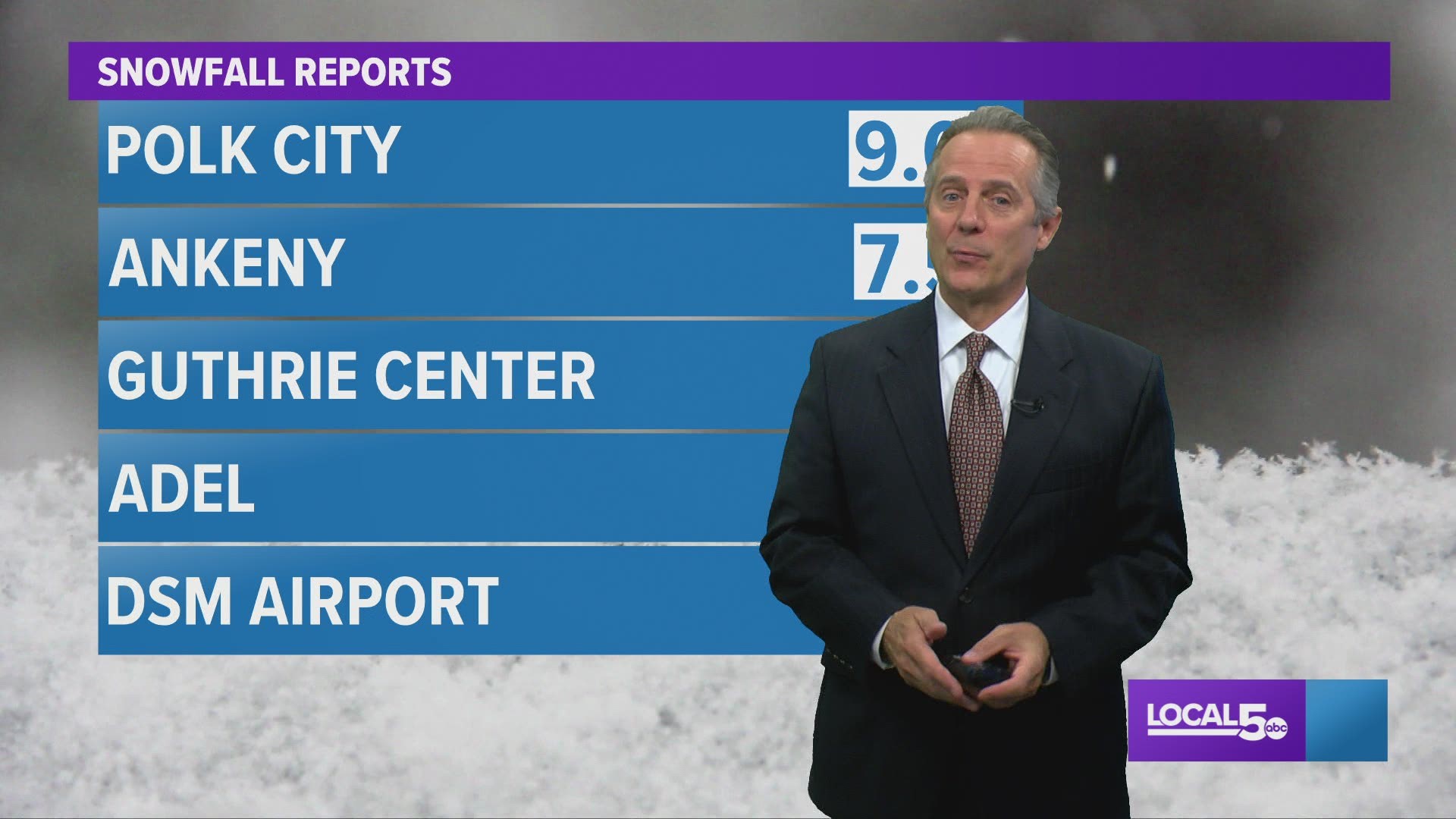 A snow squall warning was issued midday Monday in the Metro as some heavy, wet snow fell mainly north of I-80. Polk City reported the most with 9" while Ankeny was not far behind with 6-8". The amounts were much less further south as the DSM Airport only reported 1.2". And for the first time this fall, Des Moines dropped below freezing- during the afternoon no less!

It continues to feel like winter out there tonight with mostly cloudy skies. Temperatures will hold pretty steady, but many areas are likely to dip at least to the upper 20s- especially where the snow continues to stay on the ground. Some areas might even have some patchy fog to deal with as the snow tries to melt away thanks to warmer ground temps.

More rain/snow will be possible north of Highway 20 Tuesday morning. And in or two of wet snow will be possible there, but here in central Iowa only a slight chance for some light rain showers- mainly in the afternoon. Look for highs Tuesday to only reach the mid 40s. More rain and even a few thunderstorms are expected late Wednesday through early Thursday morning.

We go from highs near 50° Wednesday to the 70s on Thursday! That warmth will be short-lived as a strong cold front moves through Thursday night and drops highs back down to the 40s. More showers and storms - a couple of which could be strong to severe will be likely Thursday night.

Have a good Tuesday!

We Are Iowa app or subscribe to Local 5's "5 Things to Know" to get the latest weather forecast!