Ernst is the first woman to be elected to represent Iowa in Congress, and she certainly won't be the last. 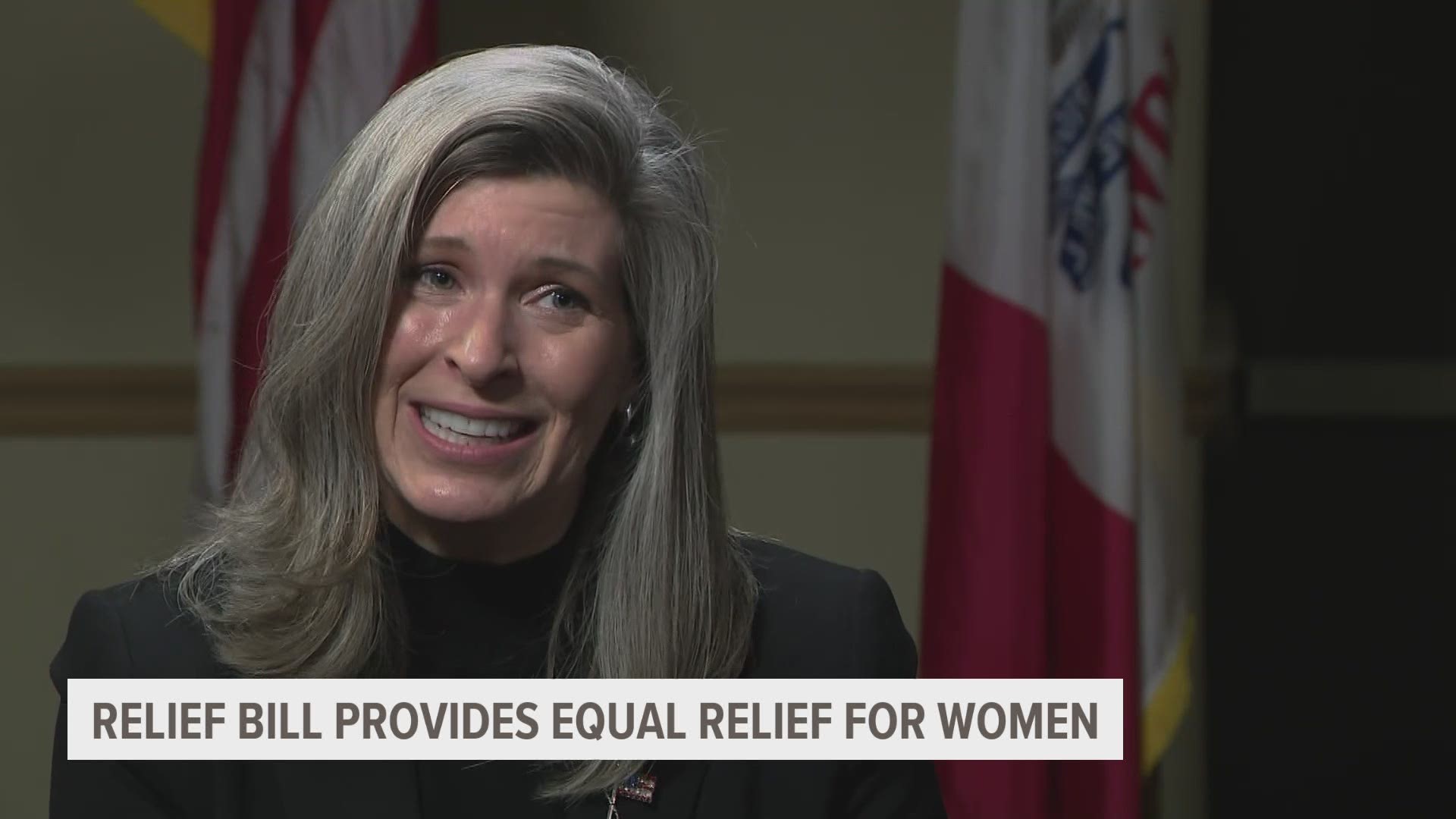 DES MOINES, Iowa — Sitting in the small town of Bedford, Senator Joni Ernst said she is still humbled to represent the people of Iowa.

In an interview with Local 5's Sabrina Ahmed, various topics were discussed, including the COVID-19 pandemic's impact on women. There is a disproportionate number of women leaving the workforce compared to men to care for children at home.

Domestic violence has also increased during the pandemic, with nowhere for women to turn to. This is especially true for women in rural Iowa.

Sen. Ernst said the relief package signed by President Biden helps women in many ways. From the paycheck protection program to the stimulus checks, help is out there from the federal government.

However, Ernst noted that more can be done. She said she would like to see schools across the country open up again, and the Violence Against Women Act needs to be revamped.