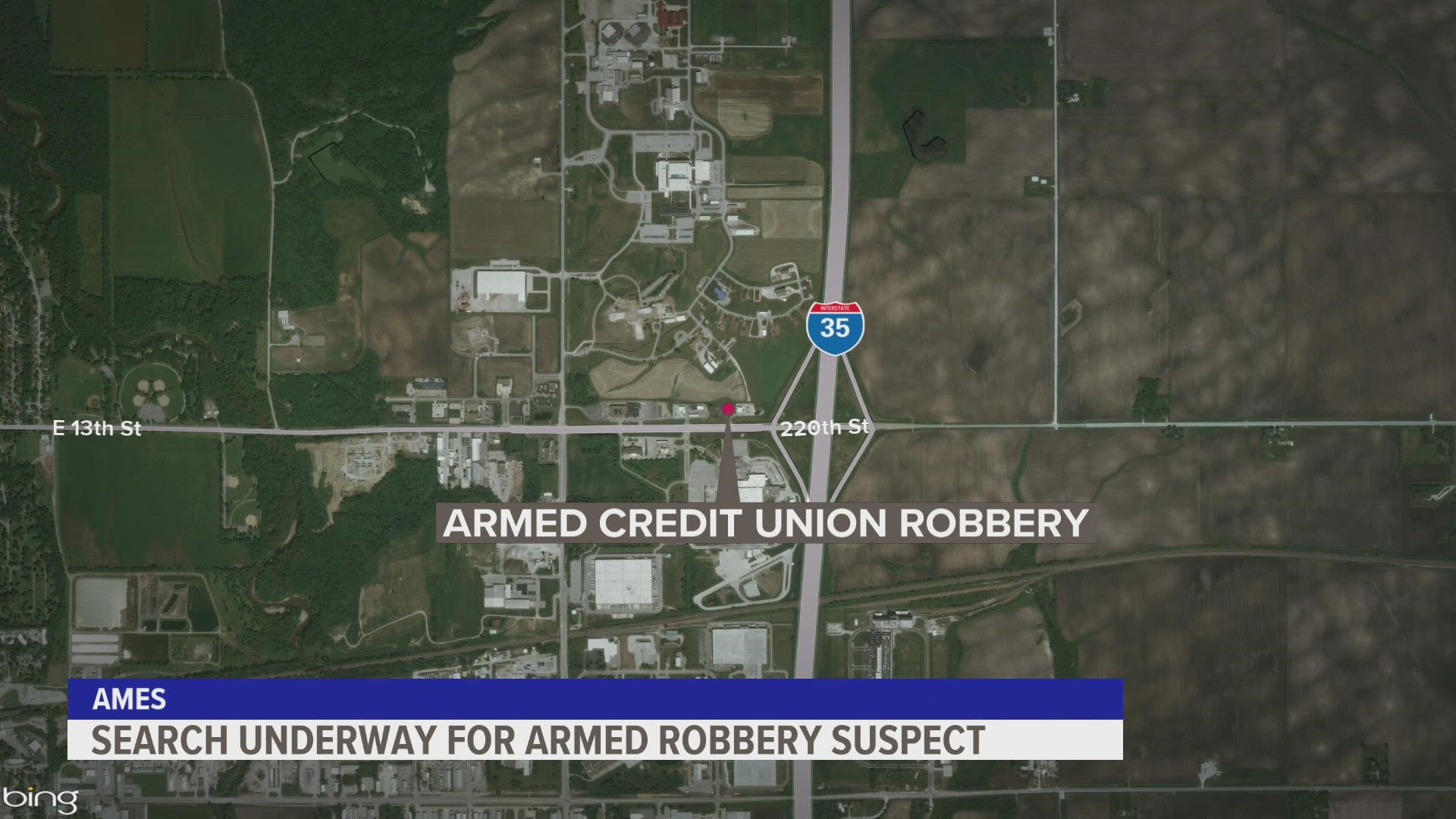 AMES, Iowa — Police are investigating after a man walked into an Ames bank with a gun and demanded money from an employee Tuesday morning.

Police say the suspect "displayed" a handgun and demanded money from an employee before leaving the bank with an "undisclosed amount" of money.

Witnesses described the suspect as a Black man and said he was last seen getting into a black minivan in the bank's parking lot. The picture below shows the suspect at the bank:

Credit: Ames Police Department
The suspect above is accused of robbing the River Valley Credit Union in Ames on Sept. 21, 2021.

Anonymous tips can also be submitted online by clicking/tapping this link.

RELATED: ISU Police report 3 arrests on Cy-Hawk game day, down from 31 at the 2019 game