Two men are charged with a hate crime after allegedly assaulting a black man while yelling racial slurs Saturday in Des Moines. 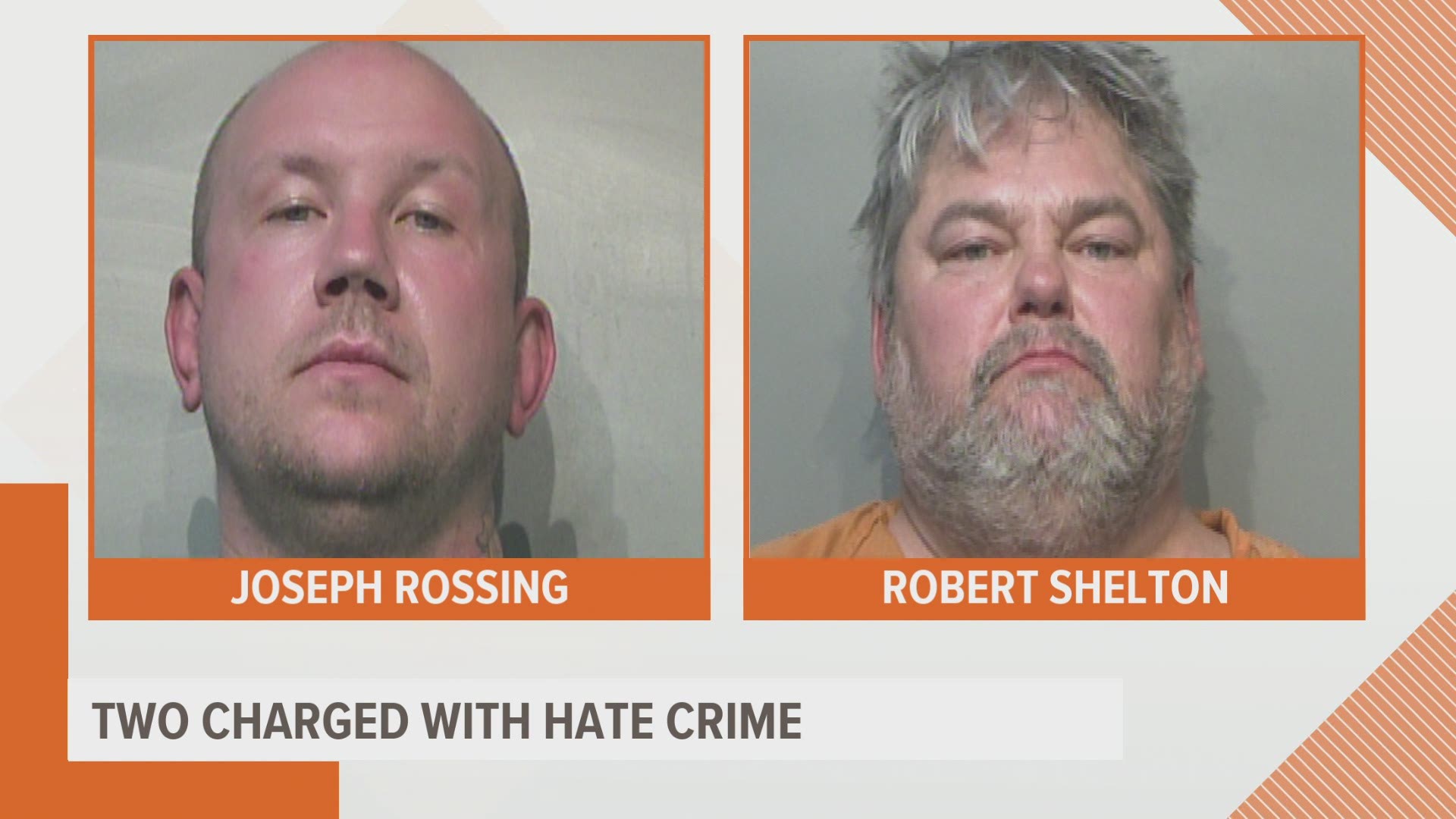 Joseph Rossing, 35, and Robert Shelton, 49, are both charged with assault causing bodily injury in violations of individual rights.

According to court documents, Rossing and Shelton punched a black man Saturday in the 4000 block of Northeast 46th Street while yelling the slurs.

The criminal complaint says the victim suffered facial injuries causing him to bleed on the road, his car and shirt.

Rossing faces additional charges of child endangerment because he left his 9-year-old in the vehicle for over an hour while the incident occurred.

Both are currently in the Polk County Jail.