What started with her younger sister needing someone to supervise her Zoom classwork, ended with Kali Douglass starting her own community business. 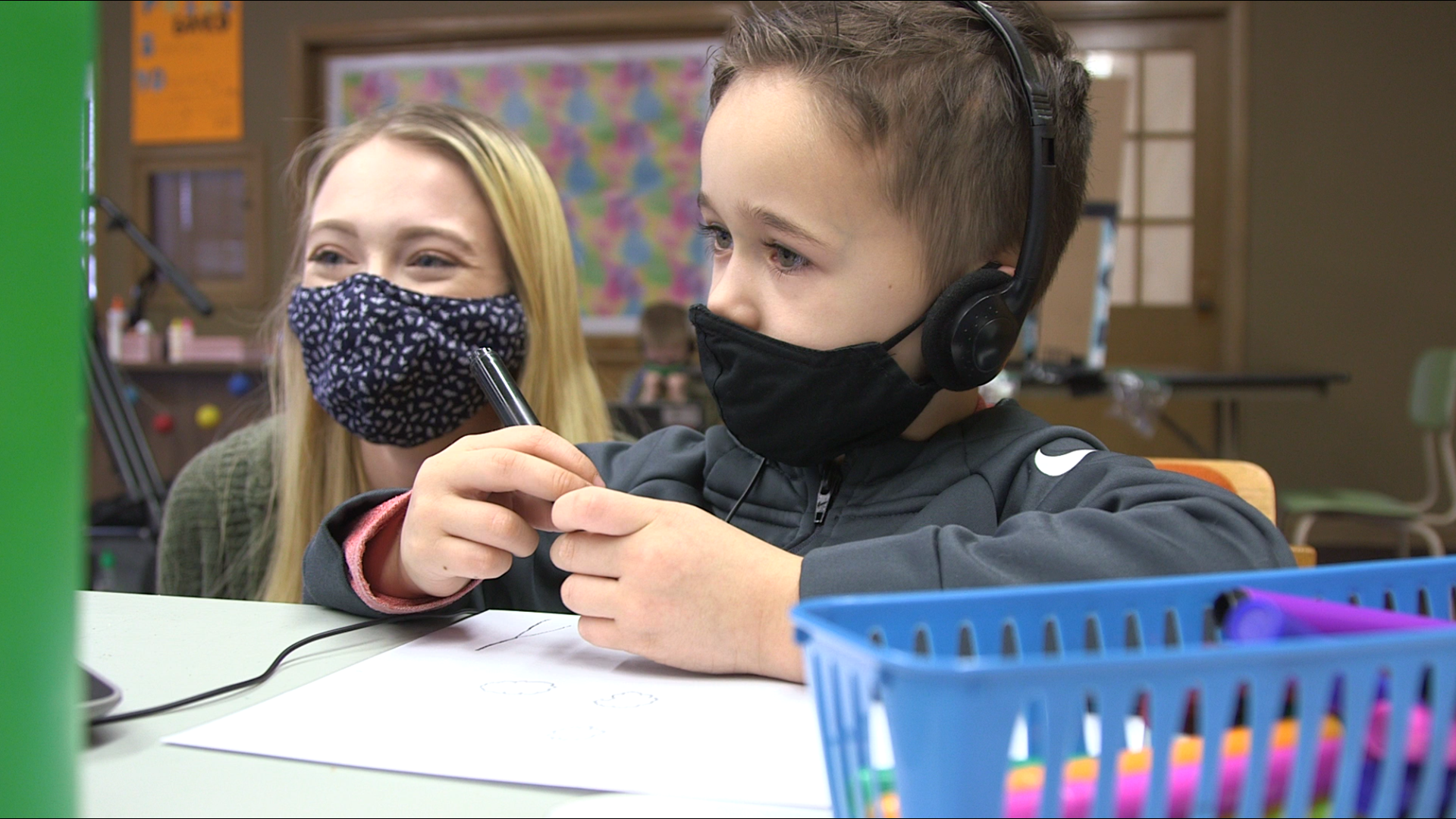 However, the pandemic had another plan in store for her.

In September, when Kali's younger sister, Emerson, needed someone to supervise when she attended her third grade classes via Zoom, Kali thought she could help out.

"My mom reached out asking me if I could spend some time with [Emerson] during the day because my classes for college are online," said Kali. "After a couple weeks went by, so many of her friends reached out, so my mom was like, well, do you want to make some extra money and have a couple kids?"

A couple kids eventually turned into ten kids of varying ages and from four different school districts. Kali brought a few other friends on board as supervisors, or as she likes to call them, "VLAs" — virtual learning assistants.

Kali Douglass, 21, a DMACC student, now runs a side business where she supervises students from four different school districts as they learn virtually in a socially distanced setting, called a "learning pod."
WATCH: https://t.co/ogN28AXrn8@weareiowa5news pic.twitter.com/NrjSESoxCp

Kali rents three classrooms at the vacant Franklin Middle School in Des Moines and charges parents $35 to supervise the children from 7:30 a.m. to 5:00 p.m.

However, families who need financial assistance can request it from a scholarship fund. Donations can be made via Venmo, @VirtualPodLearning, via this link.

Desks are more than six feet apart and while attending virtual classes, kids must stay in their space taped off on the floor with masking tape. Each kid wears a mask, and parents are welcome to drop in at any time.

"People kind of ask like what this is, and I would say it’s kind of like a business, but we’re really more of a pod family in my eyes," said Kali. "We really try to help each other out. A lot of these kids play with each other outside the pod."

"She’s my sister and I have somebody that I know," said Emerson.

Isla Huggins, a second-grader from Perkins elementary, is a fan of Kali as well.

"She’s really nice," said Isla. "She helps us if we ask her to help. I think she’s like a real teacher."

If you'd like to get in touch with Kali Douglass, you can email her at kali.douglass@hotmail.com.