LULAC officials said they're concerned about the high rates of COVID-19 cases found at meatpacking plants. 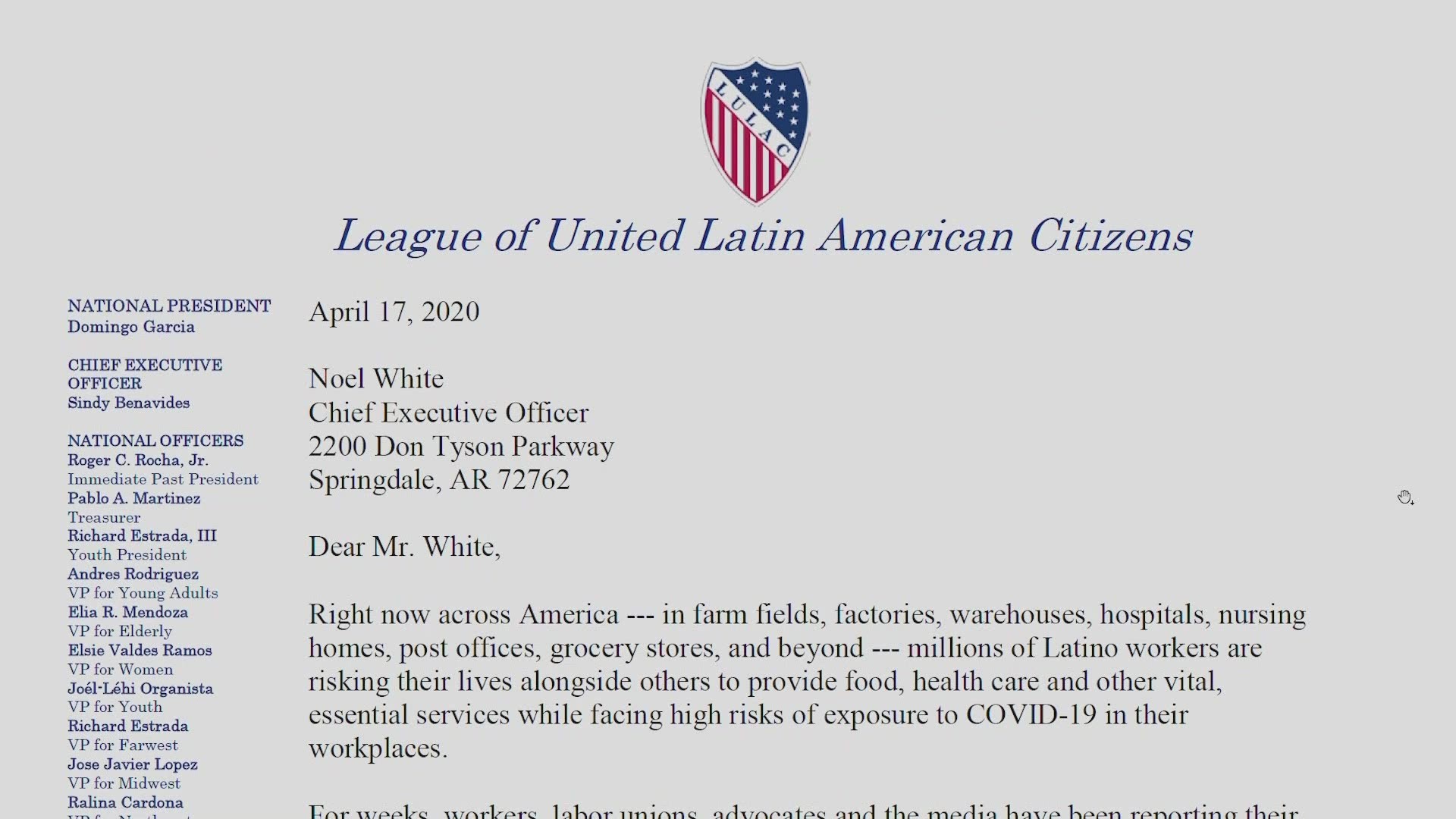 Monday, 10% of all COVID-19 cases reported in Iowa to date have been attributed to meatpacking plants. 16 Prestage Farms employees, 111 Tyson Foods employees and 196 National Beef employees tested positive in Iowa according to state and county officials.

The Prestage Farms numbers were reported by Wright County.

The state of Iowa reported the Tyson Foods and National Beef numbers.

RELATED: 'There was clearly more that could and should have been done': Another Iowa meatpacking plant sees coronavirus outbreak

Those companies are Tyson, JBS, National Beef, Cargill and Smithfield.

Some of the steps LULAC wants meatpacking plants to take include:

If companies don't comply by Friday, LULAC plans to move forward with efforts to plan a boycott they're calling "Meatless May".

"We are going to encourage the public to not by meat from those companies that are not providing worker safety and health," LULAC Iowa Political Director Joe Henry said.

Henry added that over the weekend, JBS did take steps toward better protecting its employees.

He said if other companies don't start following that lead, there could be major problems down the road when it comes to the health of workers at the plants.

Iowa has 18 meatpacking and meat processing plants. According to LULAC, 70% of the nation's pork supply is processed within 250 miles of Des Moines.

Prestage Farms, the plant in Wright County that has seen 16 positive cases took early action to mitigate the spread.

Henry commends the steps taken there to protect employees.

Wright County is currently in the process of testing all Prestage Farms employees at the plant in Eagle Grove after 16 employees tested positive for the virus.

Sixteen of those 62 tests came back positive. None of the workers were reported to have been showing symptoms.

"They had no signs," Wright County Supervisor Karl Helgevold said. "They were asymptomatic. That made us think, well how many more cases are there? We'd rather be proactive on this than reactive."

The state of Iowa approved surveillance testing for the meatpacking plant. 950 tests were sent to the plant. Helgevold said employees are being tested Monday and Tuesday. Results are expected 24-48 hours after the tests are complete.

RELATED: 'Workers may be essential, but they are never expendable': Advocates say Iowa's essential workers are being put at risk during coronavirus pandemic